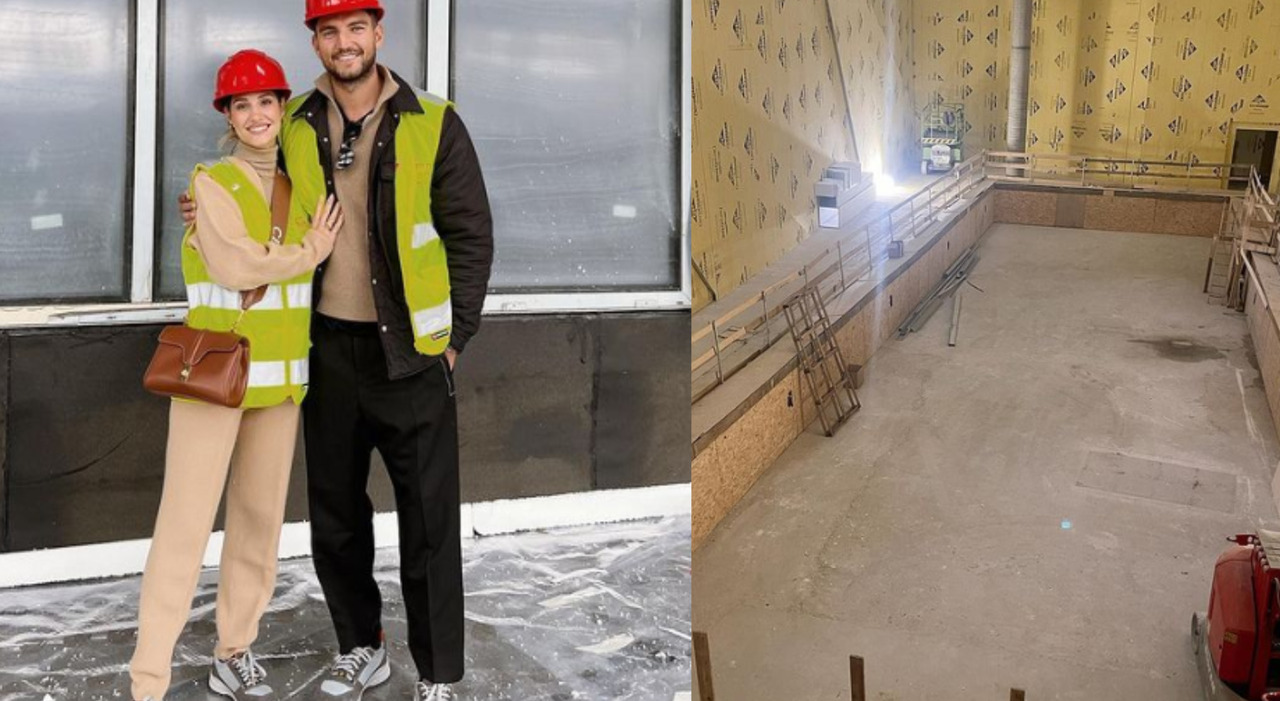 Beatrice Valli and Marco Fantini, the images of the new (and huge) house with swimming pool: “They copied the Ferragnez”

After the health problems for Beatrice Valli, now is the time to focus only on the positive news. And today for her and her husband Marco Fantini a really great news has arrived: they finally know when they will be able to go and live in their new home. “When everything takes shape. Finally in spring our new home will be ready, thanks to all the guys who are working on this wonderful project but above all to our patient architects“. The photos accompanying the Instagram post published by the influencer and to follow by her husband, show the behind the scenes of what seems nothing short of a crazy mansion.

Have Beatrice Valli and Marco Fantini copied the Ferragnez?

A gigantic central hall with huge windows overlooking Milan. This will be the Jockeys’ love nest from next spring. But there are details that have not escaped the couple’s followers. According to fans, the two could go to live in the same building where Chiara Ferragni and Fedez now live. Putting Beatrice’s photos, compared with those posted months ago by Ferragnez, in fact, according to users, the windows look the same as well as the pipes and structure of the building look the same.

The “accusations” of the fans

And as if that weren’t enough, the Ferragnez fans also took the field and noticed that the shape of the large swimming pool in the building where Beatrice Valli and Marco Fantini will live is very very similar to that of their idols. In particular, you can see the exact same pipe on the left, at the end of the room that will house the pool. And on the web we read: “You copied the Ferragnez”

In short, even Beatrice Valli and Marco Fantini could therefore go to live in Milan CityLife.

David Martin is the lead editor for Spark Chronicles. David has been working as a freelance journalist.
Previous Stroke associated with the blood group: this is who is exposed to a greater risk
Next Mobile phone, how much does it cost you in your bill to keep it charged all night