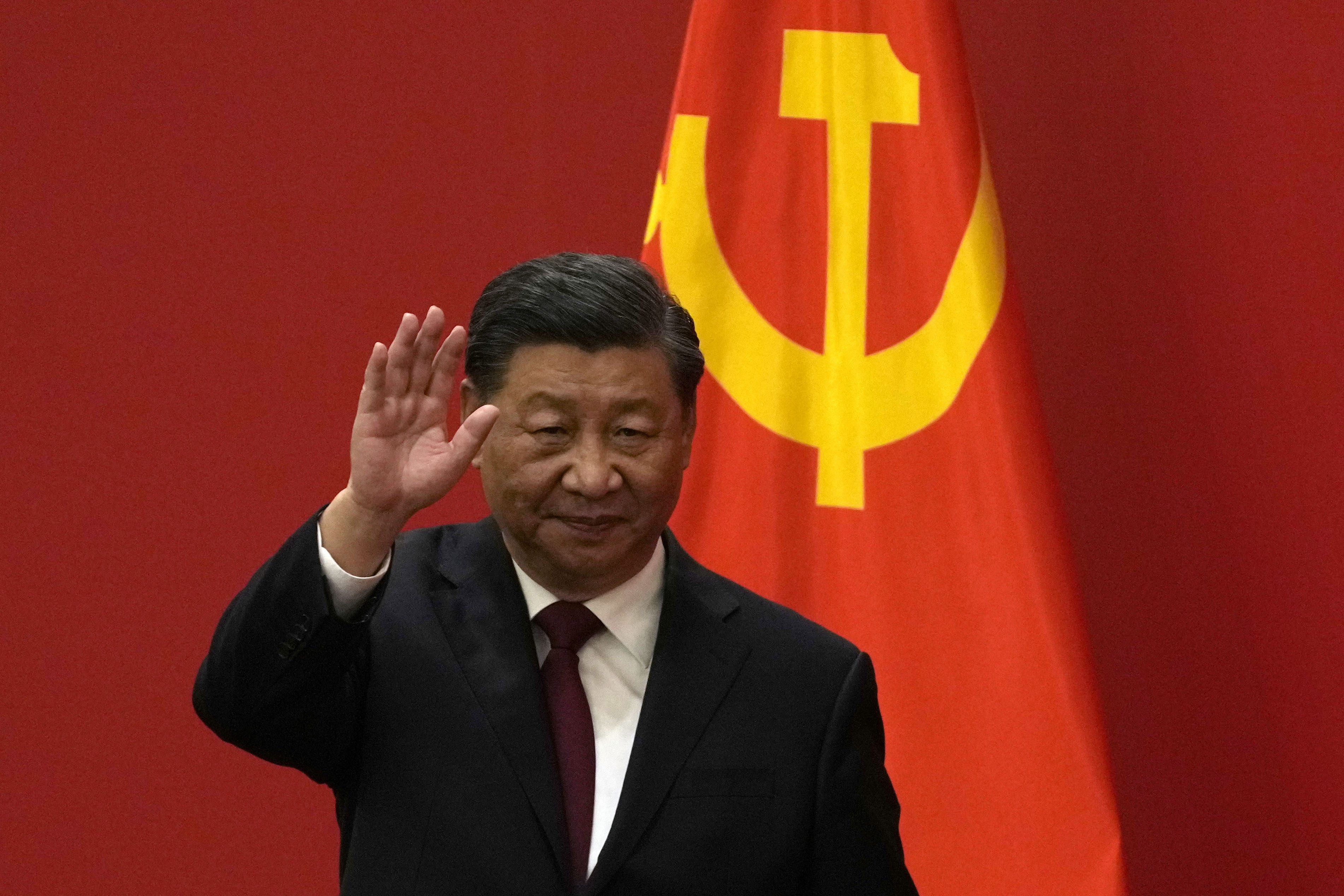 Elected for the third time while his predecessor is dismissed. Taizi and Tuanpai, the magnificent sects and the defeat of Shanghai: how to interpret the 20th Chinese Congress and why Xi’s new power could be a risk for the Party’s future?

While Italy is witnessing tensions between Berlusconi’s old guard and Meloni’s new oneChina recounts those between Xi Jinping, the first to be re-elected for the third time as President, and Hu Jintao, his predecessor and historical party memberrepresentative of a rival faction and dismissed during the Congress in which the new leadership is elected.

The video, which traveled around the world in just a few minutes, shows former President Hu sitting to Xi’s left. Shortly before the vote, he is lifted by two security members and escorted out of the courtroom despite some resistance.

Hu tried to take Xi’s notes and to confer with him and the Premier but there was nothing to do. The reasons are still unclear, as are most of the internal dynamics of the Chinese Communist Party (CCP), often animated by external speculation.

The fact is that shortly after the new leadership was elected unanimously and according to some sources as Politico, it cannot be excluded that they were worried about the vote of Hu or other exponents. On the other hand, there are those who speak of a form of senility that has long afflicted the ex-number one, while the official version tells of a momentary illness.

The fact is that in recent years, unlike in the past, many speculations about Xi Jinping’s aims have turned out to be so accurate that it could be said that the last and unpredictable twist in Chinese party politics dates back to 2012 and concerns precisely his then indecipherable figure.

Today there are no Bo Xilai scandals and censored Ferrari crashes, but that doesn’t mean the reading complexity has eased. Seven years ago, in an article for Formiche.net titled “The Creeping Maoism of the New Helmsman” I cited a 2013 Chinese study based on behavioral analysis by Xi Jinping (just taken office as new president), and Hu Jintao (outgoing president ). Xi, of the Taizi faction (the “red princes” heirs of the Maoist officers), was described as more moderate and less charismatic than Hu, the top of the Tuanpai (the Youth League, a faction that recalls Hu Yaobang, leader whose funeral unleashed the Tiananmen Square protests in 1989).

In these days, we have had yet another confirmation of how much a similar belief, very widespread ten years ago, was wrong. There were many others, such as the certainties about the fact thatand China had institutionalized the peaceful transition of power set by Deng or the pluralization of political processes initiated by Hu.

However, these speculations turned out not to be fallacious today but as early as 2015, as shown by the aforementioned article and many others. Theories reinforced in 2017 following the last Congress, when the idea of ​​separating the Party and the State, in Fewsmith’s words, “was killed” by opening the third term.

Three Xi for the magnificent seven

For some time, therefore, the route set by Xi since his first election has apparently continued without major disturbances. It was believed that post-Hu China could become more open and tolerant, however, since then has begun the centralization of power and the squeeze on the party, opponents, individuals, media, universities, with increasing influence on the international level.

Certainly, it has been a long time since there had been a Chinese leadership so homologated and cohesive, with officers loyal to Xi in every position of power to carry out an agenda based on national security and technological development. The new staff is indeed full of technicians linked to the challenges of tech and space who have replaced various macro-economic specialists. Furthermore, although in his inaugural speech Xi showed a willingness to “adhere to basic state reforms for gender equity”, it is the first time in 25 years that a woman has not been elected to the largest 24-member Politburo committee.

Among the novelties of the seven of the standing committee, the most important decision-making body, we find Li Qiang, who owes his career in Zhejiang, Jiangsu and Shanghai to Xi, and whose rise in the Politburo has been meticulously built in recent years.

Among the new members is Ding Xuexiang, Xi’s right-hand man, who served him as his secretary and was elected despite never having led a province. Finally, we find Cai Qi, secretary in Beijing and always linked to the President. Prime Minister Li Keqiang leaves, forced by the age limit of 68 years which in theory could have exceeded, given the example of Xi himself (69) and other members such as General Zhang Youxia (72).

The showdown on Shanghai

The President’s greatest showdown during this congress is the election of Li Qiang, likely future prime minister next March. The choice does not consist only in having preferred him to vice-premier Hu Chunhua, giving up the balance with the Tuanpai as it has been for the last 10 years.

No, the thrust consists in having placed the man from Shanghai in the second position of the party, a city that has distinguished itself for the heated protests against the zero-Covid policy, which for a few dozen cases has brought more than 20 million people to food rationing, separation from families, imprisonment in public facilities, the fencing of homes.

If the overthrow of all opposition was a victory, Li Qiang’s appointment is much more. It is a strong and clear message to the Party and the nation: only Xi represents China and being devoted to Xi is the only way to be loyal to the Party.

In May, Alex Payette, CEO of Cercius Group, stated in the Financial Times: “More and more voices are being raised in Shanghai and within the party, asking Xi to force Li Qiang to resign”. The protests even reached Beijing, with banners reading: “We want food, not tests. We want freedom, not lockdown. We want respect, not lies. We want a reform, not a cultural revolution. We want a vote, not a leader. We want to be citizens, not slaves. “

Dissent then spread to social media such as Weibo, where the hashtag “I saw” was viewed more than 180,000 times before being canceled with the suspension of various accounts. An action that shows how safe the men close to the President are, but also how far they are increasingly distant from the population.

More power for Xi, less resilience for the Party

It is one thing to hear the Western media compare Maoism to current events. Another is to see it written on a protest banner in Beijing that speaks of “cultural revolution” at the dawn of the most important congress of recent decades.

In any case, the comparisons with Maoism are almost always exaggerated. We can only say that Xi’s action is so strong and in opposition to the “collective leadership” – theorized by Deng in order to avoid the return to the cult of personality and the centralization of power – to make him the most authoritative and long-lived President from Maoism. Indeed, for some scholars such as Andrew NathanXi consolidated more power than Mao, as the action of the founder of the PRC in the reforms was “episodic” while that of the current President is “constant”.

In fact, although Xi’s action represents a sign of strong stability, at the same time it can prove to be a double-edged sword. For a long time, questions have been raised about why the CCP did not implode after 1989 like most neo-Leninist systems.

For decades, any crisis was good for speculating on its downfall. In 2003, Nathan tried to explain the uniqueness of the Chinese phenomenon with the theory of “authoritarian resilience”. In short, not only economic openness, the Party’s ability to resist shocks is also due to a process of institutionalization of decision-making processes and leadership replacement, a rare phenomenon in the most common dictatorships.

Echoes and rhymes from the past

According to Nathan and several other scholars, the risks that Xi’s action entails for the CCP had already been predicted by Deng in 1980. “The too long mandate leads the leaders to consider themselves indispensable” writes Nathan “It weakens the ability of other political forces to limit its power. Suffocates the careers of talented young politicians… When the leader eventually resigns or dies, the lack of a regulated succession process can lead to a struggle for power. In these ways, the centralization of power is potentially destabilizing ”.

This does not mean that the danger is immediate, neither internally for the President nor externally for Taiwan. The efforts to interpret the priorities of the new leadership have focused on three aspects: foreign policy (Russia and Taiwan), party and economy but, despite the attempts, there will be no simple answers. What is certain is that the legitimacy of the CCP has always been based on some political and socio-economic elements that are now lacking, starting with the expected growth of around 3%, or half compared to pre-Covid.

The 2015 article quoted at the beginning of the article ended by stating: “From now on, more than the party, it will be the president who will be acclaimed or blamed for the successes and failures of the Dragon”. The other night, Dali Yang, a professor at the University of Chicago stated: “Xi now truly owns the system”is the only thing about which there is no doubt is that now “any mistake will be yours, unequivocally”.

Videogames entered his life in the late '80s, at the time of the first meeting with Super Mario Bros, and even today they make it a permanent part, after almost 30 years. Pros and defects: he manages to finish Super Mario Bros in less than 5 minutes but he has never finished Final Fight with a credit ... he's still trying.
Previous Serie A, OFFICIAL dates and times from the 17th to the 21st day: Milan with Romane and Inter, Naples with Juve and Rome | A league
Next The Equalizer 3: Dakota Fanning again alongside Denzel Washington after Man on fire | Cinema