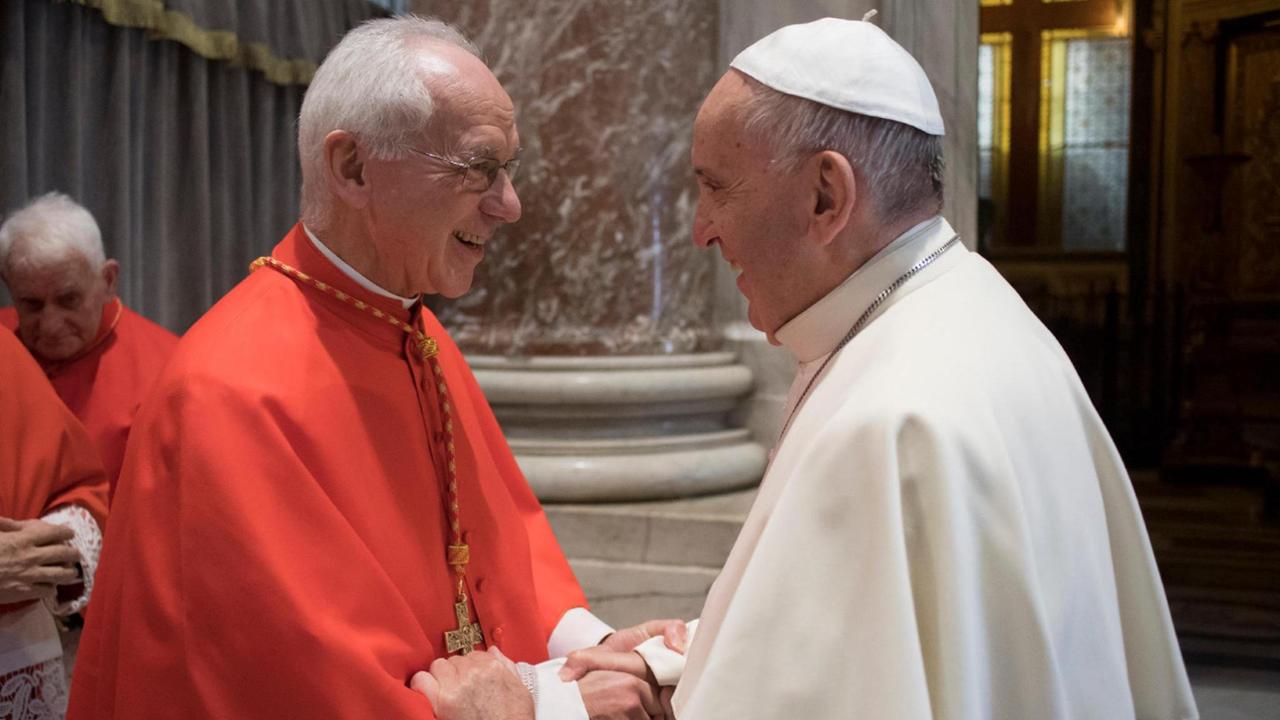 VATICAN CITY. Here comes the tear of the Church of Belgium on the blessing of gay couples. Cardinal Josef De Kesel, archbishop of Brussels, and the bishops of Flanders have published a liturgical text for the blessing of LGBTQ + couples.

The wish of blessing
A stance in stark contrast to what, in March 2021, the Vatican had strongly reiterated in the document in which it prohibited the blessing of a union between people of the same sex in church. According to Willy Bombeek, appointed by the Bishops as coordinator of the contact point “Homosexuality and faith”, as reported Katholicinside“The blessing at the end of the liturgy is expressly intended as a blessing for the gay couple”.

First time in the world
It is the first time in the world that a specific blessing has been “codified” by a group of bishops. This is an initiative contrary to the Vatican which does not provide for a liturgy to bless homosexual couples. However, “the difference must remain clear with what the Church means by sacramental marriage”, that is, a permanent bond between a man and a woman, the bishops promoting the initiative tend to specify.

For a hospitable Church
For the bishops – who will be received by the Pope next week for their visit ad limina – this decision will contribute “to a hospitable Church that excludes no one”, he replies “concretely” and gives “substance to the will” to pay explicit attention to the situation of homosexuals, their parents and the family “. And it was expressed, they say, “explicitly by Pope Francis” in the exhortation Amoris laetitia.

The request of Catholic homosexuals
According to Cardinal Jozef de Kesel and the other Flemish bishops, gay couples “often ask during pastoral meetings for a moment of prayer to ask God to bless and perpetuate this commitment of love and fidelity”. However, they underline, “the difference with what the Church understands by sacramental marriage must remain clear”, that is, a lifelong union between a man and a woman.

The commitment to “be there for each other”
In addition to prayer and the reading of the Bible, the short and simple example liturgy that the Flemish bishops distribute provides a moment of “commitment of both involved” in which they “express together before God how they are committed to each other. “. They declare to God that “they want to be there for each other in every circumstance of life” and pray for “the strength to be faithful to one another and to deepen our commitment”.

The relationship as a “source of peace and happiness”
The bishops continue that they want to “structurally anchor the pastoral care and guidance of homosexual people”. Those who choose to remain celibate, they say, deserve “our appreciation and support.” But those who choose to live a loving relationship deserve it just as much “because even this relationship, although not a church wedding, can be a source of shared peace and happiness for the people involved.”

A liturgy from below
The elaboration of the liturgy took place within the coordination of Homosexuality and Faith, within the Flemish Catholic Church, entrusted to Willy Bombeek, spokesman for Catholic education in Flanders for 16 years. “I myself am gay and religious, or religious and gay, order doesn’t matter,” he told the Dutch newspaper Nederlands Dagbalad. Bombeek specified that he had always been “very discreet” about his homosexuality with him but he began this research “because LGBT people are baptized and are an integral part of the Church.”

When the Vatican said no
On March 15, 2021, the Congregation for the Doctrine of the Faith responded to a dubium about the blessing of same-sex unions. «To the question posed: does the Church have the power to impart the blessing to unions of persons of the same sex? The answer is: negatively ». The explanatory note stated that the blessings granted to homosexual couples were considered “illicit”, “even if this does not imply a negative judgment on individuals, who can continue to be blessed, nor is it intended as a discriminatory gesture”.

Franco Barbero, the Italian pioneer
In Italy it is from the end of the seventies that some priests, such as Franco Barbero, have tried to introduce the subject within the Catholic Church starting from listening to homosexuals and believers. Barbero was discharged from the clerical state by Pope John Paul II in early 2003 because of his positions in contrast with the Vatican hierarchy. Ten years later, Barbero – who for his faithful still continues to be Don Franco – published the volume Blessing of homosexual couples (L’Harmattan Italia) which “documents a widespread and normal experience in many Christian churches in Italy”. The work was born in fact from “an ecclesial journey in several groups, communities, associations in which the author carries out his theological and pastoral ministry”.

Don Franco Barbero: the priest who marries gays, has a wife and makes women celebrate

Videogames entered his life in the late '80s, at the time of the first meeting with Super Mario Bros, and even today they make it a permanent part, after almost 30 years. Pros and defects: he manages to finish Super Mario Bros in less than 5 minutes but he has never finished Final Fight with a credit ... he's still trying.
Previous Arthur from Juve to Liverpool but worse and worse
Next Barbie, Margot Robbie: “After the photos leaked hundreds of people showed up on the set”