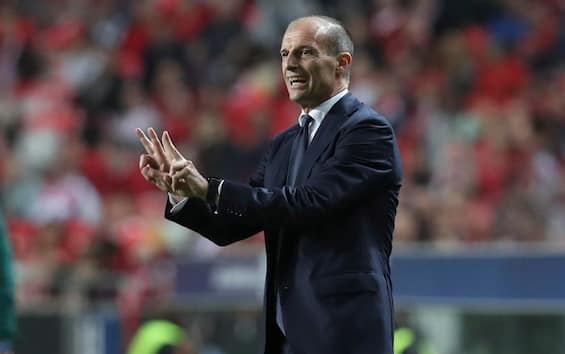 Benfica Juve, Allegri: ‘We are angry but now head to the championship’. Video

Outside the Champions League, the Juventus coach looks ahead: “We have to accept the elimination reluctantly and see the positive aspects, turning it into anger in the league, where we are late. Europa League? First of all it must be won”. On young people: “They give us enthusiasm and recklessness”

Out of the Champions League, but it is an elimination that is certainly born long before the evening of the Da Luz, considering that out of 5 games played Juve have lost 4 of them. Massimiliano Allegriwho hoped for a miracle and who saw his plan vanish in the first half, so bad as to nullify a possible comeback in the final, which was left unfinished: “It is an elimination that was born earlier, but tonight we had to stay inside the game: despite having a bad first half, we had the perception that we could do badly and on this we had to play the game. Instead the project failed: after 1-1 you can’t take such a penalty right away. There we complicated the game ”.

“Head to the championship, with anger”

How do you leave? “We have to put aside this elimination, which hurts us because we are angry and sorry, but from tomorrow we think about the match against Lecce and to the championship, where we are late. We have 4 games before the break in which we have to do well because until the game with Inter we will hardly recover players. So we have to recover physical but above all mental energies. You have to see the positives: accept this elimination reluctantly and with great regret, but turn it into anger and into an important match against Lecce ”.

The unconsciousness of young people


The report cards of Benfica-Juventus 4-3

In a pyrotechnic final, in which Juve touched what would have been a sensational – but useless – draw, the young people, the 2003 class, were highlighted. Miretti, Soulé and Iling-Junior sent on by Allegri: “Iling entered very well but unfortunately we were already 4-1 down. Young people did well, they have enthusiasm and recklessnessand this is good for us. Europa League? First of all it must be conquered, because the game with PSG will not be easy. We wished the last game was different and instead it will be valid only for us for the Europa League ”.

David Martin is the lead editor for Spark Chronicles. David has been working as a freelance journalist.
Previous Opel Calibra: 25 years ago it went out of production
Next flat tax up to 100 thousand euros, tax break, pensions- Corriere.it