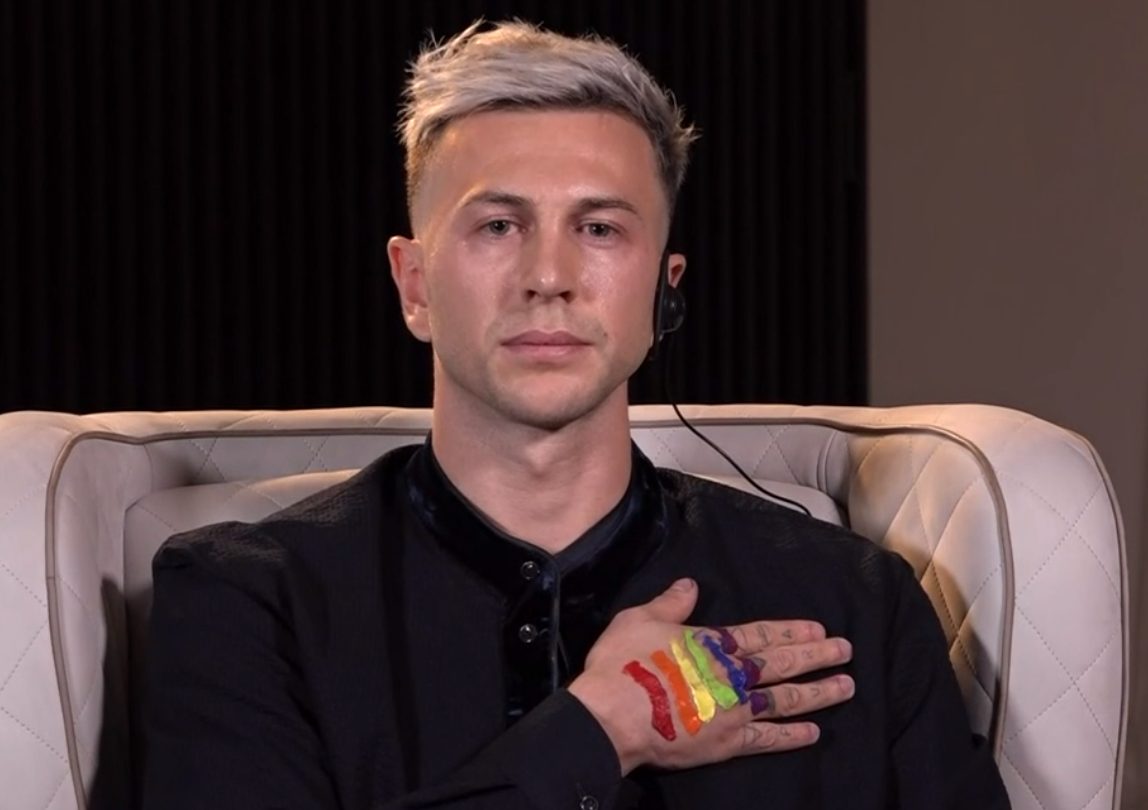 Bernardeschi gets excited live talking about the World Cup in Qatar: he has the rainbow on his skin

Federico Bernardeschi was a guest at the “Circolo dei Mondiali” live on Rai 1. The former Juve and European champion with Mancini’s Italy got excited live talking about civil rights and shows the colors of the rainbow drawn on the his hand.

Federico Bernardeschi was a guest at the “Circolo dei Mondiali” live on Rai 1. The usual appointment of the state network that summarizes the day of the World Cup in Qatar that has just ended, saw the striker of Italy as a guest, champion of Europe with the national team by Mancini at Euro2020 today in Toronto alongside Lorenzo Insigne. An episode, that of the “Circolo dei Mondiali”opened with an in-depth analysis concerning civil rights and FIFA’s censorship of denying the various national teams to join forces with the ‘One Love’ rainbow band which defends the rights of the LGBTQIA+ community. The world football body has decided to avoid any kind of controversy in this World Cup since homosexuality is illegal in Qatar. A showcase of this thickness should instead have been an opportunity to send a strong message and not one of division as is happening in these hours.

That is why, when invited to speak on this subject, Bernardeschi did not mince words to express his concept. A reflection that opened, however, with a strong gesture from the former Juventus player: “I do this gesture because I have colored my hand with the rainbow symbol – he said speaking on the subject – Civil rights and the freedom of expression and thought to be able to choose one’s beliefs are inviolable”. At that point Bernardeschi shows his right hand which rests on his heart. On the back of his hand there was a colored rainbow. “In life no government or institution should and can and may violate these civil rights – He says – It is an abominable thing when civil rights are trampled on so the world should rise up and instead we see that we are still very careful to understand how we have to express ourselves, this is not how these battles are fought”.

The studio emotion after the words spoken by Bernardeschi live.

Bernardeschi’s words excite everyone present in the studio, even Lele Adani, as underlined by the presenter herself. The playmaker from Toronto wanted to send a strong message during his connection in the studio and expresses very strong concepts by raising a topic of great importance these days. “There are people who fought for civil rights and we are still here in 2022 saying yes or why – adds the player again – I am thrilled to say these words to her”. From the studio everyone perceives his emotion and the power of his words. “Thank you Federico, we really thank you” still state from the studio still emphasizing its concept.

The former Juve also spoke about another topic of this World Cup: Cristiano Ronaldo. Bernardeschi also spoke of the situation regarding the Portuguese after the definitive break with Manchester United: “I think when a person, a man, in this position, it’s not fair to judge what he does to his breakup – he said – He will decide whether or not to end his career. Ronaldo in terms of mentality and education at work, those who lived it can only thank him because just looking at him he was an example. Each of us experiences transitions in our lives and he felt like making this choice with United means that he felt like it and now it’s up to him to show what he is.”

David Martin is the lead editor for Spark Chronicles. David has been working as a freelance journalist.
Previous Margot Robbie is not bothered by the lack of screen presence
Next Johnny Depp trial: charged with assault