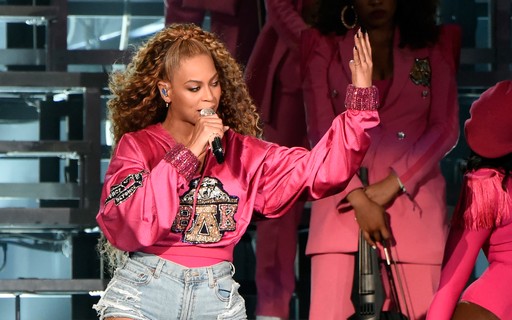 The singer Beyonce released their new song last week, “Break my Soul”. The song quickly became the anthem of the “Great Resignation”, a massive movement of requests for resignation that has been happening in the United States and several other parts of the world in recent times. The piece has also been touted as a detailed description of the burnouta syndrome of exhaustion from overwork that gained strength in discussions during the pandemic.

In the song, the pop star chants lines like “I just got out of my job, and I’ll find a new place / They made me work hard, coming in at 9 am and leaving after 5 am / Stressing my nerves / That’s why I don’t sleep at night.” The song still goes on to urge people to “release your anger / free your mind / free yourself from your work and free your time”.

But if even Beyoncé, who owns her Business and appears to have complete control over her agenda, she is exhausted, how could this not reach the others leaders? A recent study by Deloitte and research group Workplace Intelligence found that, yes, bosses are burnt out too.

The survey was conducted in February and surveyed 2,100 executives in the United States, United Kingdom, Canada and Australia. The results have now been released, and shared in a report on Inc.

According to the study, 76% of bosses believe the pandemic has negatively affected the mental health, and 80% believe that improving their own balance is more important than advancing their career now. Four out of five leaders are willing to sacrifice some career advancement to have more well-being in the moment, yet 74% have struggled to find the time to do so.

Faced with this scenario, leaders say they are, at least, trying to adjust to offer better conditions. Eighty-three percent of respondents said they intend to expand their company’s wellness benefits. Smaller installments, including, are already taking concrete actions, such as banning e-mails outside working hours (20%), mandatory breaks (35%) and encouraging days off (35%). But only 29% are leading by example, taking time off each week.

According to Inc. columnist Jessica Stillman, the most basic lesson to take away from the study (and music) is that entrepreneurs are not alone. “If even figures like Beyoncé are considering taking a step back and reassessing, you’re certainly not weak for thinking the same thing. Maybe it’s time to move beyond complaining to researchers and being so demanding of yourself, to actually make some changes,” he writes.

Videogames entered his life in the late '80s, at the time of the first meeting with Super Mario Bros, and even today they make it a permanent part, after almost 30 years. Pros and defects: he manages to finish Super Mario Bros in less than 5 minutes but he has never finished Final Fight with a credit ... he's still trying.
Previous The upcoming Netflix releases not to be missed this summer
Next Zachary Levi and Gina Rodriguez in Robert Rodriguez’s Spy Kids 5