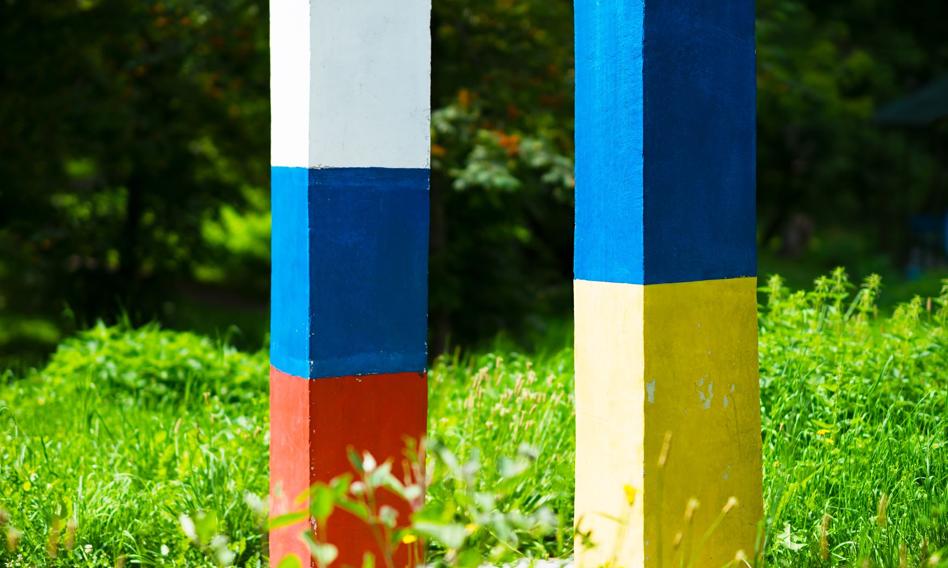 “Bild”: Russia plans to occupy about two-thirds of the territory of Ukraine

The German daily “Bild” reports on Saturday that it has learned the detailed plans of the Russian invasion of Ukraine. According to them, Russia would occupy approximately two-thirds of the territory of Ukraine in three stages. According to the newspaper, President Vladimir Putin has not yet decided whether the plans will be implemented.

“For several days now, the Kremlin has been threatening that a war with Ukraine is inevitable if its government does not abandon its alleged plans to recapture the Russian-occupied Donbas and Russia-attached Crimea. NATO would also have to + guarantee + that Ukraine will never become a member of the alliance. withdraw weapons that are allegedly in Ukraine to prevent a war in this region “, writes” Bild “.

“Bild” claims that he has learned the details of the Russian plans, which, according to a high-ranking officer, “lie in a drawer, and Putin has not yet decided whether they will be implemented.” However, the deployment of troops since April indicates that the Kremlin appears to be leaning towards implementing its attack plans.

According to Bilda’s findings, Russia’s “maximum plans” for a war with Ukraine have been known since mid-October. “The American CIA foreign intelligence agency intercepted them from Russian military communications, first informed its own government, which informed NATO in November. It was reported for the first time by the + Washington Post +. According to this newspaper, Putin could send 175,000 soldiers abroad,” writes the German diary.

The details given by “Bilda” about “a possible Russian invasion of Ukraine (…) are based on the assessments of several people from NATO and security circles, some of whom had insight into possible plans for the Russian attack.”

According to a high-ranking security source, the Russian army, if Putin had ordered such an order, would “launch a simultaneous attack from northern Crimea through separatist areas to the east and north” of Ukraine. This is how both NATO and the Ukrainian military intelligence judge it. The attack could come “in late January, early February” if Ukraine and NATO refused to agree to Putin’s demands.

“Other people around NATO see the attack in three phases, each of which could also be the last operation, if the West’s reaction to the invasion led to a reassessment of the situation,” writes “Bild”.

In the first phase of the invasion, the south of Ukraine will be seized “both to secure supplies for Crimea and cut off Ukraine from the sea, and thus cut off supplies,” the security officer told Bild.

Russia plans to use the landing ships transported from the Baltic Sea in spring “to transport tanks and soldiers from Crimea to the vicinity of Odessa,” said a high-ranking Western intelligence officer.

Another high-ranking military told “Bild” that Russian plans envisaged a landing “east of Odessa between Fontanka and Koblevo” and the vicinity of Odessa.

At the same time, “Spetsnaz air operations” would be carried out in the Kherson area, blocking the bridges on the Dnieper and thus cutting off supplies to the Ukrainians. “Initially, there would be + only + artillery fire on Ukrainian positions from Crimea, which would bind Ukrainian troops here and would not be able to regain the bridges behind them.”

“Russian armored units, supported by the navy and air force, would advance west from the occupied Donbas territory in eastern Ukraine, and then split up and move on one side towards Zaporozhye and on the other side towards the Crimea,” writes Bild.

The second stage envisages that “in parallel with the first phase of the war, Putin’s air force and ballistic missiles would weaken Ukraine’s military potential throughout the country.”

“If the Kremlin decides that there are conditions for this, Russian tank units could cross the border in the Luhansk and Kharkiv oblasts and move to the cities of Dnieper and Poltava,” writes “Bild”. “First, they would surround the cities and cut them off from electricity, gas and food supplies After a few weeks, the Russians will be able to celebrate as saviors of the civilian population, enter the captured cities and save the Ukrainian population from starvation or cold “- explains one of the officers.

In the third phase, the Russian army would advance from the north towards Kiev. “Of course, it can also happen at the beginning of the war, if circumstances require it,” the source said in an interview with “Bild”.

“There is no certainty among NATO strategists whether the regime of (Alyaksandr) Lukashenka will take part in the hostilities against Belarus. Although the dictator Lukashenka has announced it recently, it is not certain yet,” writes the German daily.

If Belarus were to be prepared as the starting point for Russian or even Belarusian attacks, the Russian plan would be to encircle Kiev from the northeast and northwest. Russian forces would then “march roughly to the Korosten-Uman line to cut off supplies from Western Ukraine, and then wait for the capitulation of Kiev and thus Ukraine under Western pressure.”

“As a result of such a scenario, the plans of which the Kremlin apparently has already drawn up and which Western intelligence agencies know, Russia would occupy about two-thirds of Ukraine’s present territory,” writes Bild.

Meanwhile, “the military have no hope of defending Ukraine,” the newspaper notes. “The Ukrainians would fight, but would not be able to withstand a serious attack by the Russians,” a high-ranking official told the newspaper. “If they are not completely destroyed,” Ukrainian forces would withdraw to the west of the country.

Another officer tells the newspaper: “US Javelin anti-tank missiles are not enough for all Russian tanks, and Turkish Bayraktar drones are easy prey for Russian fighters.”

Videogames entered his life in the late '80s, at the time of the first meeting with Super Mario Bros, and even today they make it a permanent part, after almost 30 years. Pros and defects: he manages to finish Super Mario Bros in less than 5 minutes but he has never finished Final Fight with a credit ... he's still trying.
Previous Iran. Anti-aircraft defense fired a missile over Natanz
Next In Vienna, over 40,000 people protested against the lockdown