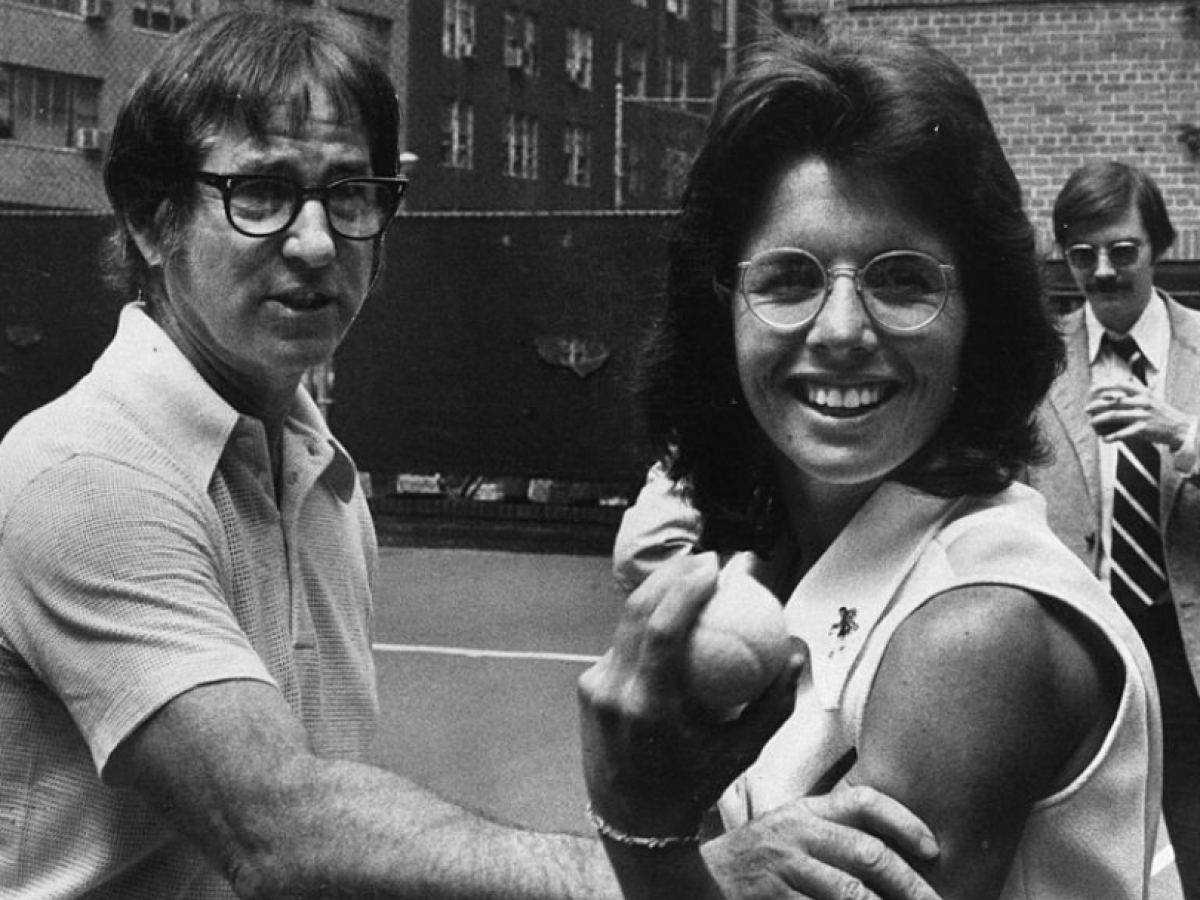 She doesn’t hear us. She shrugs, just. “That’s the way it is,” she reveals, ticking her finger on the microphone to make sure the whole world hears her, “either you pay us the same, or I won’t go to the US Open next year.” She then she pulls up the dropped frame at the tip of her nose and smiles. A ballistic missile stuck in the middle of 1972. To hurl it, with the grace that distinguishes its clean and casual tennis, it was Billie Jean Kingsublime champion, tough feminist, an immoderate passion for the defense of the categories dumped on the side of the road.

Imagine the scene. Richard Nixon who nearly chokes as he gulps down his lunch on Pennsylvania Avenue. Millions of sober Americans who wrinkle their noses. A shock wave that also reaches the Old Continent, raising inextricable fuss. The fault of zealous Billie? Asking female tennis players to cash out winnings equal to those of males. Open up heaven.

There is also more, further upstream. Of course King disputes the prevailing machismo, the one – narrow and obscene – which would like to relegate females to mere spectators of life, with the sole task of lovingly guarding the offspring. But not only. Tenacious and courageous, Billie sets up a battle that transcends equal opportunities, to affirm the theme of sexual freedom. It is not a mystery, moreover, that you hang out with Marylin Barnett, his personal hairdresser. Another mouthful impossible to swallow in the puritanical and respectable America of fifty years ago.

So when former tennis player Bobby Riggs – now a fifty-five year old infected by the scourge of betting – launches an unbearable provocation she at first hesitates, then accepts the challenge. The story was also portrayed in a recent hit film, such as Emma Stone and Steve Carrell in the lead role. Riggs, a convinced machista, believes that it is appropriate to plant it with the softening theaters on parity at any cost: women’s tennis – swells the chest – is so inferior to the men’s one that even a talented player like him, but retired for a while , could teach a tough lesson to the best tennis player around. Game, set, match? Not even by idea.

Actually, in single combat, Riggs immediately invites King. It is no coincidence: the old fox knows well that defeating her would mean putting a shoulder to everything the girl represents. Billie mulls it over too much and then the real first “Battle of the sexes”as the press of the time defined it, is staged against the number one in the world, Margaret Court. When King hooks up to the cathode ray tube an overwhelming anger begins to roll back and forth in her gut. Court is defeated. Riggs rejoices. No, she can’t get away with it.

The September 20, 1973, at the Reliant Arena in Houston, they do the math. Thirty thousand spectators perched in the stands. Ninety million souls glued to the TV. There would be enough to falter, but Billie, six-time Wimbledon trophy lifter and undisputed ace of serve and volley, thoroughly studied the opponent. The tactic is clear: exhausting the middle-aged man by forcing him to often run to the net. Works. Already during the second set Riggs hangs painfully. King will win clearly, setting his pace with a 6-4, 6-3, 6-3. He still he may not know, but a few years later Sir Elton John will dedicate them Philadelphia Freedom. For now she goes home with a smile. In the back seat of the taxi she strokes the wooden racket, takes off her glasses and blows away the tension, squinting. The forehead is pressed against the window. Her eyes become watery. Much more than just a match point.

David Martin is the lead editor for Spark Chronicles. David has been working as a freelance journalist.
Previous turbulent next hours, many regions at risk of Thunderstorms and Hail. Let’s see which »ILMETEO.it
Next Psychologist bonus 2022, the questions are proceeding: how to do it