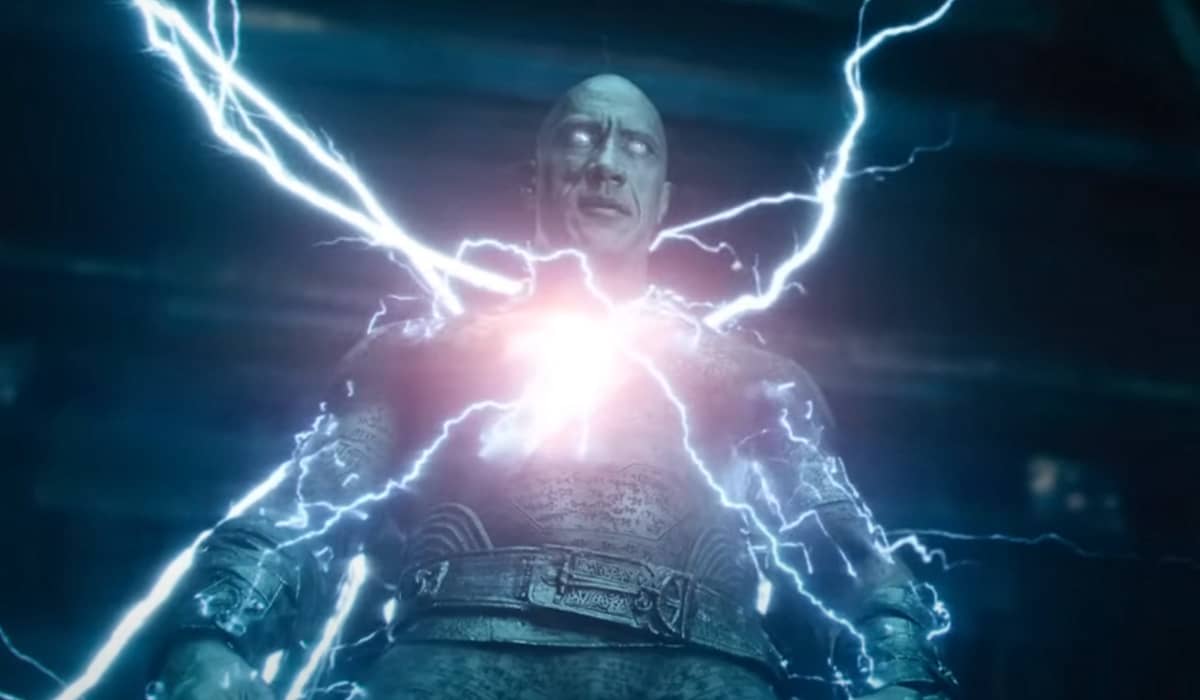 Following up on the weekend’s news, Dwayne “The Rock” Johnson made a grand entrance and drove fans wild at San Diego Comic-Con by taking the Hall H stage dressed in his full “Black Adam”.

Rising from the ground, Johnson was “accompanied” by lightning that appeared on the screen behind him, as well as smoke rising along with him on the ground. And as a way to enhance the experience even more, the audience at the venue received strings of lightning before the panel, which lit up brilliantly in the dark hall as “Black Adam” arrived at the event.

After his unforgettable entry, Johnson announced the first-hand screening of the newest trailer for the feature, which you can check out below:

The character might not be all that recognizable to comic book newbies, but his biggest rival has to be a familiar face due to the 2019 hit movie “Shazam!” starring Zachary Levi and whose trailer for its sequel was also shown at Comic-Con (read here).

Like Shazam, Black Adam is bestowed with magical powers from the mage Shazam however differently he invokes the Egyptian gods for their powers and Shazam traditionally invokes the Greek gods.

In the plot, we follow the protagonist freed from his tomb almost 5,000 years after receiving the powers of the Egyptian gods, determined to unleash “his form” of justice on the modern world.

In a battle of shared universes – where we, the fans, only win – “Black Adam”, which hits theaters on October 21, is one of the characters to be included in the DCEU and should introduce the Justice Society of America to the DC Universe. The team predates the Justice League in DC comics and in theaters already has confirmed interpreters as Hawkman being played by Aldis Hodge, Atom Crusher by Noah Centineo, Cyclone by Quintessa Swindell and Mr. Fate being played by none other than 007 himself, Pierce Brosnan.

Videogames entered his life in the late '80s, at the time of the first meeting with Super Mario Bros, and even today they make it a permanent part, after almost 30 years. Pros and defects: he manages to finish Super Mario Bros in less than 5 minutes but he has never finished Final Fight with a credit ... he's still trying.
Previous “It’s more than half of my success” – Corriere.it
Next It’s all still for The Batman sequel