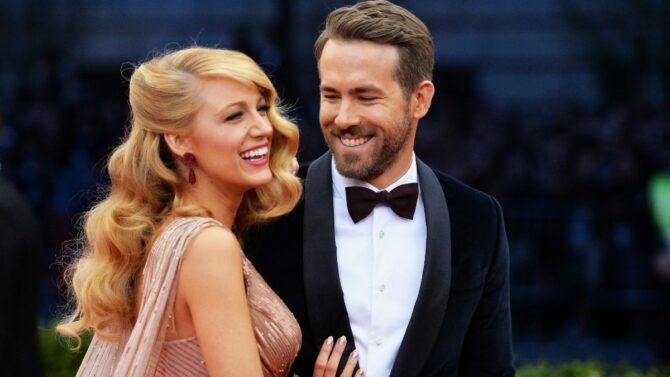 The two actors are among the most fan favorite couples, and the credit goes to their bubbly chemistry. Here is the secret with which they keep their love alive

When it comes to Hollywood hit couple, among the many names surely come to mind that of Blake Lively and Ryan Reynolds.

Together, on Instagram, they have more than 75 million followers, with whom they share snaps and little insights into their daily life.

The two appear on social networks closer than ever and it seems to be like that in real life too. But what is the secret of theirs happily ever after?

To reveal it are the same actors.

In a recent interview, revealing the secret of their happy marriage to fans, Ryan Reynolds talked about what to make his marriage to Blake Lively a successful one, highlighting how they’ve grown together since they met.

The actor of Deadpool said the key ingredient for a happy marriage is to be good friends first.

Proof of this are all the posts and photos that both publish in mockery of the other.

According to Reynolds, falling in love is great, but liking oneself (even in everyday life) is something different.

Ryan Reynolds said that both he and Blake Lively have always liked each other and decided to grow together, learn from each other.

The former actress of Gossip Girlrevealing that according to her, the secret to a long and happy marriage is to never take yourself seriously.

In an old interview with VogueLively spoke of her relationship with Ryan Reynolds as a partnership: “Everything we do in life, we do it together“.