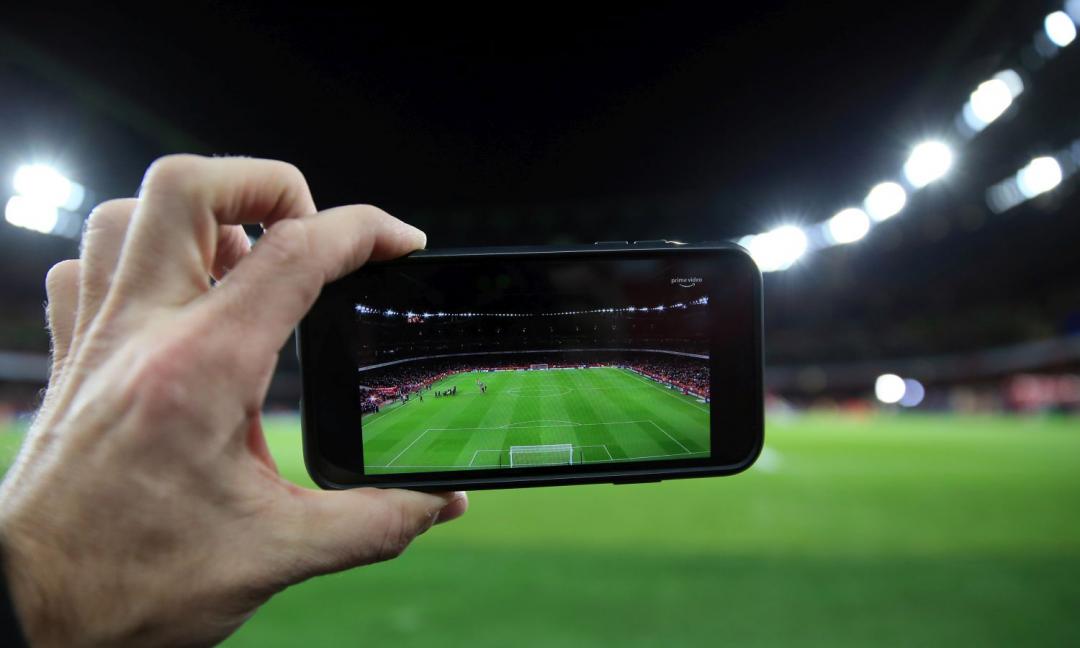 《Who is there Favorite?》 Someone at the counter asked the person who had just entered. The owner of the bar was asking everyone the same question. The person calmly replied “I saw the movie to the cinema in the 2018 with…》 The owner didn’t let him finish 《Lad no! The Championship Italian! The winning team!》 The boy was a bit sick, that day he wanted to talk a bit about cinema with someone because he was far away with friends who usually exchanged arguments of all kinds (they were still on vacation), he about football he knew almost nothing, he did not follow him, even though he had some friends who followed different teams. He replied regretfully 《Me sorry Not I follow. Much to the astonishment of the bartender (as if he had replied 《I am your father》 that amazement, however, that you are truly displaced, without spoilers, raw to digest, so much so that by now you only think about that sentence and you contemplating it there because your crazy unconscious thinks 《How is this possible?》. It’s possible.

The championship Italian is ready to do return the voices hoarse of those who follow him, with peaks from very high intensity with a complex act loveaccompanied by a “sickly radiant ache”for those who engage in “singing” towards his loved adored. These entries to the Janis Joplin (it is a “mystical” thing that football gives the opportunity to approach this marvel of voice that is impossible to match in a “normal” situation!) that wander through the corridors of buildings where the neighbor gets angry in turn because is horrified by the fan’s temperament 《Per a stupid match from soccer! Perhaps these here there put this grit for the what’s this series! Slaves of the system! Ignorant!》 And he tells you this with a grit that would be stunned even so much attention seeker John Lydon! 《Ah what music for my ears!》 I feel like saying, to play down a bit.

Now I’m here multiple combinationsbut the most cited “categories” of those interested in following football are: 1) Those who only follow football exclusively and have no other interests in life. 2) Who also follows football along with other passions. Same situation for those who do not follow football: 1) There are those who do not like football, but do not judge those who follow it. 2) There are those who deeply hate football so as to extend their resentment even to the quietest fan on the planet. Now imagine these people with strong characters who clash because they can not help but, when there are personalities of a certain type, to open a series of cyclones. In any place on the planet there is one side Team Janis Joplin (all there load of the typhus) versus Team John Lydon (those that they hate who cheering) and the person neutral that needs to assist to a “apocalyptic degeneration (generic) intense “ with a emotion Not shared that yes renews practically every week! What can he ever think? That she died and went to hell probably and she would have preferred to observe Team Janis Joplin to pact that Team John Lydon (or vice versa) stay distant at least when I know, States United And England. Or would prefer Team Patti Smith Vs Team Jim Morrison of the series let’s love each other all, you do the love with who you want And love each other self even though with diversity and difficulty. Facemo part from a planet Very varied, do it a reason. Having said that, I would now like to analyze the favorites (for me) of the championship. Yes, out of the blue.

In the first place I put the Milan. For me it can be repeated easily. She didn’t behave like there‘Inter last year and I see her more balanced on the pitch. It’s a mistake serious snub this specific Milan. I repeat that there is still work to be done to see that team that was also scary in Europewhen he won, but everything has its step and for me the Rossoneri, unlike others, are moving with a more precise perspective. For me is there number one for there favorite of the scudettoI do not share the thought with some journalists / opinion leaders who put it behind Juve and Inter.

Juventus : He will have only one opponent who, however, has an advantage (Milan). Juventus strengthened, albeit remaining with Merry carries some risks. It is true that he has won with the Bianconeri in the past, but he did it when Juve were certainly stronger, and the others, however, were never strengthened (seriously), they were disbanded, without projects and with dancers properties (even more than these current). Now the air has changed and it is necessary to understand if this year’s reinforcements and a possible sensational recovery of Church they will even lead to the Scudetto by winning from “Favorite number 2” One thing is certain, it will not be able to do worse than last year (bad luck on injuries aside) it is destined to improve its ranking.

Inter. I’m sorry, but I’m not convinced by almost anything about Inter. It is absolutely not (for me) to be placed among the favorites of the Scudetto, or at least, it is not the number one favorite. If it has a period of (happy) continuity in the arc of the season it is destined to collapse (the teams of Inzaghi are indigestible to the breaks and this year there is also the world break), it will never be continuous as a team with a clearer project should be and there is a serious risk that it will lose some ranking positions compared to last year. The evolution that it had to make already last year, which had to strengthen itself with the right moves, has not been made this year either (with some exceptions). If Inter had had a coach who has the ability to give a valid balance to the team they currently have, we would have talked about something else, and my genarchies would have been different. The defense department struggles a lot with Inzaghi’s ideas (one of several problems), it is the whole team that struggles to defend when it has to do so. The only hope is that Inzaghi understands that his methods do not work and that he has learned to go beyond his ideas, in that case Inter can have a say about him, but if not, for the Scudetto this year they won’t it is within his reach.

How about it There Favorite (film, but inspired by true facts) this “game” is played by three teams Milan,Inter And Juveand three women Olivia Colman,Emma Stone And Rachel Weisz. Who will have the same (or similar) fate, metaphorically speaking, as the three actresses in the film? I close by saying: This is my personal thought, my feelings. Someone took it and someone will take it again, but I stress that I have never written that what I think must be a common thought for everyone, everyone is free to “examine” his feelings and to “examine” what follows, hears and reads. If I don’t share an article from a “writing colleague” I would never dare to write bad things. Unlike others, I am not ashamed or afraid of making mistakes. One thing is certain though. This thought that I wrote about the favorite or who is not, remains valid until there is the mathematical certainty of the winner, beyond how the dynamics will evolve, I will not change my judgment every time when I write other articles. I’m sorry, but this time I don’t use any aphorisms. Ok, I admit it, I think I’m starting to change the suit, from Patti Smith / Jim Morrison to Janis Joplin / John Lydon, yes it’s really true! Because this is the “fault” of the new season … We are at the starting line! And we can be whoever we want, sometimes alternating roles and sometimes remaining in a role, the important thing is to do it with dignity and with the heart. Good Championship to T.all!

David Martin is the lead editor for Spark Chronicles. David has been working as a freelance journalist.
Previous 50 Cent Recalls When Beyoncé Almost Got In A Fight With Him To Defend Jay-Z
Next REPORT CARDS OF PALERMO-PERUGIA 2-0. Brunori and Elia give the first three points to Corini’s squads