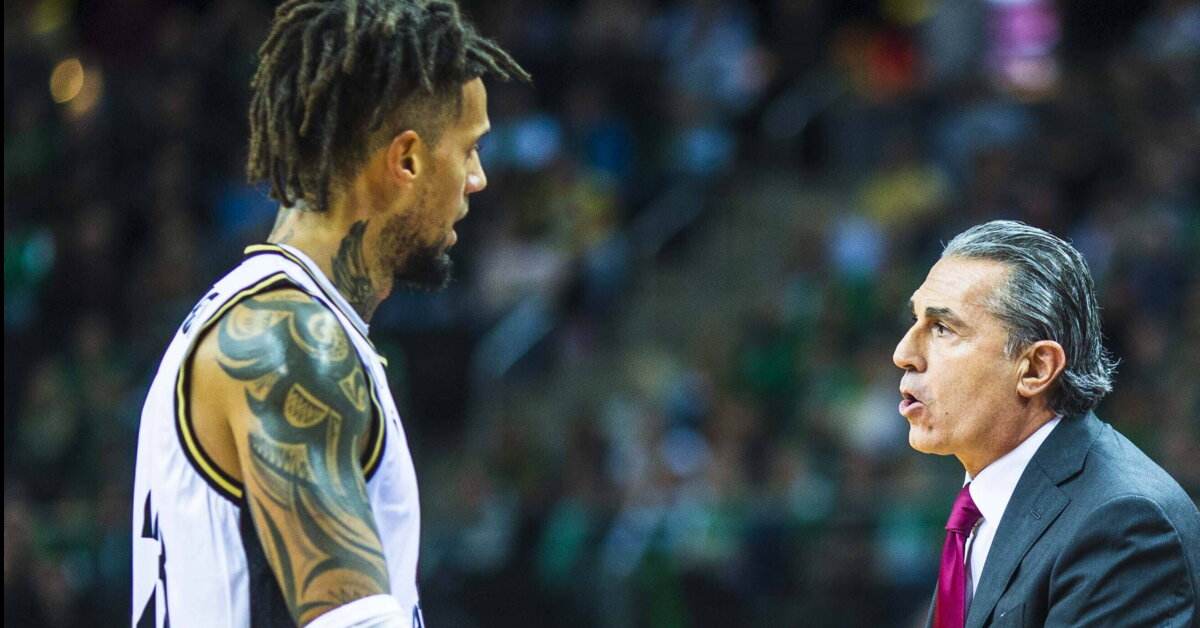 The Emilians, driven by an excellent performance by Teodosic, pass 95-92 at the home of the Spanish champions

Here comes the second victory in Euroleague for the Virtus Bolognagreat result in the home of the real Madrid. The formation of Scariolo accomplishes the feat and winsand 95-92 in a hard-fought match, where the change of attitude in the third quarter by the Bolognese proves to be fundamental. Unleashed Bako, Cordinier and Teodosic who drag the black Vs to triumph with a great performance.

In the fifth day of the first round of the regular season of the Euroleague Virtus finds an amazing victory against Real Madrid. The Spaniards fall at home 95-92 after chasing for the last two quarters of the match. Amazing second half for the Bolognese who scored 52 points in the second half, dragged by 18 points for Lundberg, 16 for Bako and 14 for Teodosic. Slow start of the race, in fact the first basket arrives after well over two minutes with Deck unlocking the game. Virtus immediately responds with a triple from Lundberg’s dribble. Virtus is in the game and Hackett finds Bako: dunk of 7-7 with 4:30 at the end of the quarter. Real, however, manages to have a good circulation of the ball in the attacking transition and goes to 18-12 with the maximum Real advantage. At the end of the first quarter Real ahead 24-18. Deck drags the Spaniards, on the other side Bako keeps the Bianconeri alive. We go to the break at 45-41 for the hosts.

Excellent start after Virtus’ long interval with a good action for Jaiteh, Hackett’s triple is worth the overtaking +1 Virtus. Jaiteh scores two more baskets, but two defensive fouls arrive from Scariolo’s area and Deck is 53-54 on the line. A Triple from Teodosic is worth 55-62 for Bologna. The black Vs push and in the first part of the last quarter they arrive at + 12 with Cordinier’s basket. Real is in trouble and struggling to counter the Bolognese attacks. Tavares crushes Real’s -9, Deck responds with a three-point game that brings the home team back together. The final is heart-pounding: Hezonja’s triple is worth -2 with 14 “still to be played, Real commits a foul and Teodosic in the line makes 2/2 and Virtus remains at +4. Musa’s shot from the line is useless. : at the WiZink Center ends 95-92 for Virtus Bologna.

David Martin is the lead editor for Spark Chronicles. David has been working as a freelance journalist.
Previous Seagate, hard drive sales collapse: must lay off 3,000 people
Next Assago, five stabbed at Carrefour, one died: “We, barricaded in the shops”