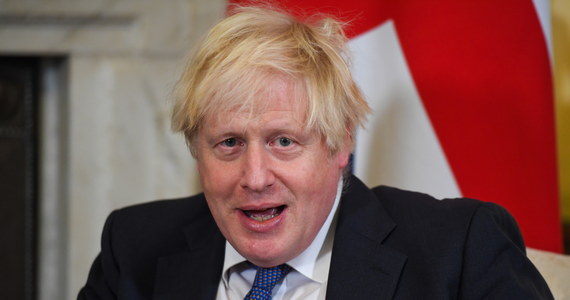 Boris Johnson got lost during the speech. He started talking about Peppa Pig

He did not use a teleprompter during his speech, only paper notes, notes The Guardian. At some point lost his speech. – Damn it. Forgive me – he said several times to the gathered people, leafing through the pages.

To break the embarrassing silence, the prime minister switched to the story of his visit to a children’s amusement park “Peppa Pig’s World”.

– Yesterday I went – we should all do this – to “Peppa Pig World” Johnson said. – I liked it very much. This place is very much my style. It has very safe streets and discipline in schools, he added.

He asked the businessmen gathered at the conference if they had ever visited a park in Hampshire. “I’m surprised you weren’t there,” he said.

– Who would believe that a pig that looks like a hair dryer or more like a Picasso style dryer, the pig that was rejected by the BBC will now be exported to 180 countries? Johnson asked.

When asked after the conference by journalists about his unusual speech, Johnson replied, “I think everything went well.”

“Events”: They lost bicycles worth over PLN 300,000. An appeal for help for young athletes
Polsat News

Videogames entered his life in the late '80s, at the time of the first meeting with Super Mario Bros, and even today they make it a permanent part, after almost 30 years. Pros and defects: he manages to finish Super Mario Bros in less than 5 minutes but he has never finished Final Fight with a credit ... he's still trying.
Previous Górnik – Legia. Four men detained by the police
Next Cheaper latest Kindle, headphones and more – Amazon Black Week continues

Annalena Baerbock, who will become Minister of Foreign Affairs in the new German government, gave …