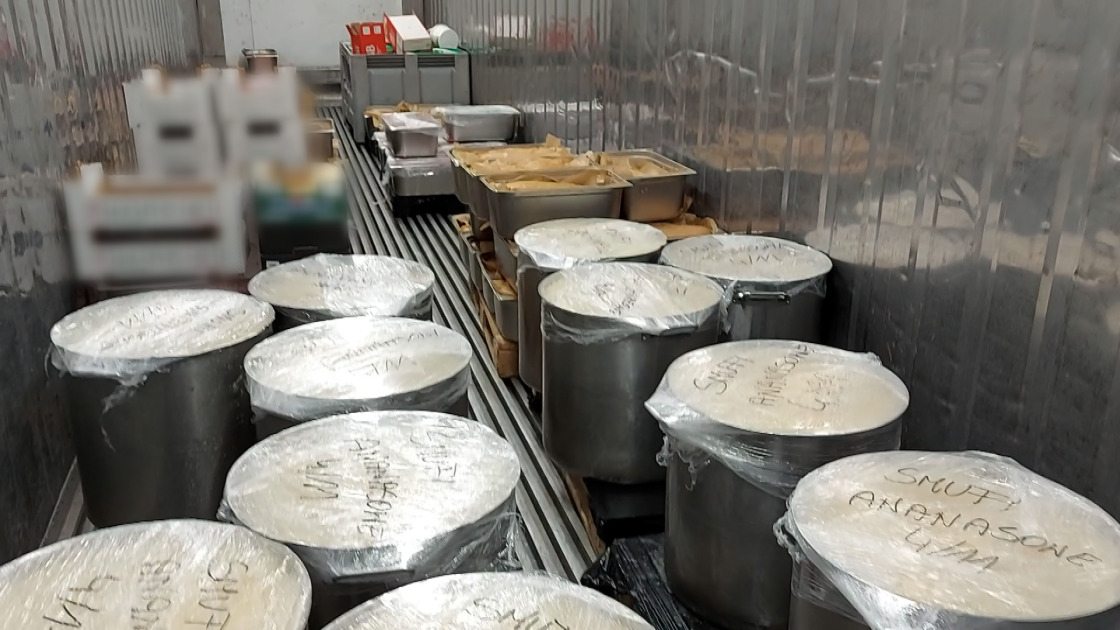 Every day, several hundred thousand Poles use the services of catering companies. We became interested in one of such companies after we went to the editorial office Notes! dozens of e-mails from dissatisfied customers started arriving.

After the first report was broadcast, other victims contacted us.

– The fiancée is pregnant, so we looked for an alternative when it comes to nutrition. We came across this particular catering via the website, we were mainly tempted by the price – admits Mateusz Hamera. And adds: – I cannot judge how the catering tasted because it did not come to us. Eventually, we started doing research on the internet. We found out how it all works and decided to quit.

Mr. Mateusz previously paid PLN 1,600 for the meals he ordered. After the decision to resign, he sent the company a declaration of withdrawal from the concluded contract. The company said it would return the money in early November. The man has not received any money to this day.

“I have sent a total of 26 reimbursement emails to the catering company,” says Hamera.

– I am injured in the amount of PLN 4563 – Paweł Owsiejczuk is enumerating.

The man had previously ordered catering from this company. As he says, everything was fine for some time, so he was tempted to buy more diets. Then problems with their deliveries started.

– Many times there was an order for me and not for my wife. And vice versa. Eventually figured out why the orders weren’t arriving. Various layers of labels were stuck on the box, I torn them off and it turned out that one is a diet to Opole for 2.5 thousand, then to Ząbki, another is a fish diet to Płock, and finally the package went to Suwałki – says Mr. Paul. And he emphasizes: – The company deliberately cheated customers and did not provide them with meals because it was not able to fulfill these orders due to its numerous promotions.

Over 7,000 people are registered in the internet group of customers who feel disadvantaged by this company.

The plant where the meals are produced is located in one of the cities in northern Poland. A few weeks ago, during the production of the previous report, we met with the company’s chief operating officer.

For the first reportage, the director answered our questions in front of the camera. This time he did not authorize his statements and did not agree to broadcast them.

Earlier, the man explained that his company prepares catering for 17,000 people a day, and with such a scale, mistakes or errors may occur. He also explained that there will always be people who, as he said, “something does not suit”.

The director claimed that there are also errors in the company’s system. And the company tries to compensate customers’ losses on an ongoing basis.

During the meeting, the reporter showed the director photos that we received from former employees of the plant. They show the conditions under which the food is produced.

In response, we heard that taking such photos is not a problem with such a scale of production. The man assured that his company followed all procedures.

Finally, the man invited us to the plant. Earlier, we learned from his employees that the plant was being frantically cleaned for several days.

– [Porządek] was for a few days, about a week. Then everything went back to normal, which was a huge mess. There was almost never order there, says one of the company’s former employees.

A week after our visit, the Department of Health Inspection carried out an inspection at the plant. According to the inspectors, the food was incorrectly sorted in the cold stores. The production residues from the previous days were also stored in the same refrigeration equipment as the semi-finished products. The inspection also revealed dirty food boxes.

Sanepid also found other irregularities. And he decided to impose penalties. These were the highest mandates used by this institution. The plant employee received a fine of PLN 500, and the managing director PLN 1,000.

This is not the only inspection that was carried out after our material. The company became interested in the Office of Competition and Consumer Protection, which initiated an investigation and sent a notification on this matter to the National Public Prosecutor’s Office. The procedure was also initiated by the Trade Inspection.

– This is nothing but a fraud, i.e. extorting specific amounts. Customers did not receive what they ordered, believes Piotr Pakowski from the Provincial Inspectorate of Trade Inspection in Gdańsk.

Unfortunately, despite a double attempt, the inspectors did not enter the plant.

– There was no one, no one came out. There was only a gentleman who, it turned out, was a bodyguard. When asked about this company, he stated that there is no such company at this address and he does not know where it is now – says Piotr Pakowski.

The plant was closed overnight in early December. It must have been done in a rush, as there are thousands of undelivered catering packages in the courtyard.

– Previously, all promotions minus 50, 60, 70, 80 percent were aimed at taking money and loading it in your pocket, deceiving people – says one of the former employees of the company.

– Employees noticed it earlier, but what were they supposed to do when the company was behind their monthly or two-month wages? They were under the illusion that they would get the money. People who didn’t get money couldn’t stand it mentally and left. Later, the products were not delivered because he had no one to make and pack them. The company fell into a loop. And she had to shut up – adds the former employee.

As we found out, the company did not pay its suppliers, and the arrears amount to at least several hundred thousand zlotys. Complaints from people who did not get catering and did not get their money back reach consumer ombudsmen across the country.

– In my opinion, it was decided in advance that they would make a kind of a pyramid here – says Anna Gut, the municipal consumer ombudsman in Sopot.

A notification of a crime was sent to the prosecutor’s office.

– Initially, I gathered 150 people and wrote to the prosecutor’s office. In the meantime, after the broadcast of the previous report “Notes!”, Another 400 people contacted me. I think that a dozen or so thousand people can be deceived all over Poland – estimates Maciej Brożek.

– The proceedings were instituted for an offense under article 286, i.e. for the offense of fraud. Someone concludes a contract with someone and there is a suspicion that they do not implement it or implement it improperly and have no intention of fulfilling this contract from the very beginning. At the moment, there are more and more notifications – admits Grażyna Wawryniuk, spokesman for the District Prosecutor’s Office in Gdańsk.

– Anyone who has been defrauded by this company should report to a consumer ombudsman, because ombudsmen can start the procedure. We notify the prosecutor’s office, notify UOKiK, and then the machine starts working, says Anna Gut.

– If the company is honest, people will get their money back, and if it is dishonest, they will never get the money back, or they will recover it fragmentarily or after a long court battle. But you have to try, concludes Gut.

The variety offered by video games never ceases to amaze him. He loves OutRun's drifting as well as the contemplative walks of Dear Esther. Immersing himself in other worlds is an incomparable feeling for him: he understood it by playing for the first time in Shenmue.
Previous Heroes of Might and Magic III guide – we debunk the biggest myths – CD-Action
Next “Not a sidme place”. Cristiano Ronaldo directly about cooperation with Ralf Rangnick Pika nona