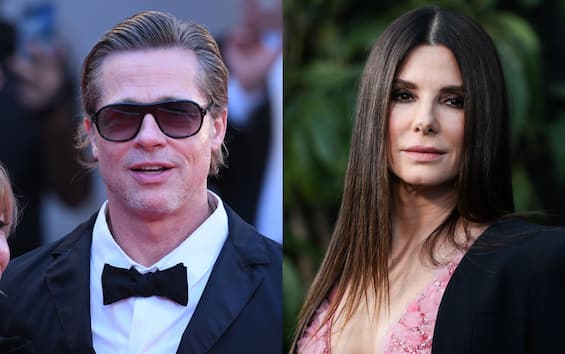 Brad Pitt has indulged these days in some revelations about a film that he had planned to do with Sandra Bullock which never came to fruition. The actor revealed that he and the actress we recently saw acting together in Bullet train And The Lost Citywould play in this film a divorced couple who are guests of QVC (QVC is a shopping and entertainment channel, which is active 364 days a year and where you can buy everything by phone, from fashion to DIY, from kitchen accessories to technology).

The movie never made

“I wouldn’t know how to do it unless it was a comedy,” Brad Pitt told British Vogue in an interview. “Actually, Sandy [Sandra Bullock] and I once tried to develop a script about a husband and wife couple successful sellers of QVCwho are about to divorce, hate each other and argue even when they are on the air while they are selling things… This is all we have up to now of this project” explained the Hollywood star who paraded as producer of Blondethe Netflix movie about Marilyn Monroe.

Unfortunately for fans of Hollywood stars, the filming of the romantic comedy focused on QVC they never started, but Pitt and Bullock have worked together on other films. Two only in 2022 as we said at the beginning of the article. In The Lost City, Bullock played the character of Loretta Sage, a bestselling but depressed novelist. Her co-star in the action comedy was Channing Tatum, while Pitt played the role of Jack Trainer, a man of action. In Bullet train instead the actor played Ladybug, an experienced but hapless mercenary. Bullock’s character was Maria Bettle, Ladybug’s contact and manager who communicated with him only by telephone to give instructions and make fun of his character and her actions.

Brad Pitt talked about this project with Sandra Bullock while advertising his line of skincare essentials at Le Domaine. In fact, a video is running on the web in which the actor shares his beauty routine. “I know there are new products almost every day that people try to launch,” Pitt said, “but if I hadn’t noticed a real difference visually on my skin, I wouldn’t have bothered to create this line.”

David Martin is the lead editor for Spark Chronicles. David has been working as a freelance journalist.
Previous Megan Fox turns into an elf. VIDEO
Next Sea of Thieves PC Game Free Download Full Version