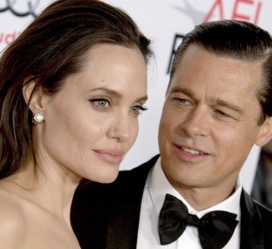 No longer just the divorce and the legal war over child custody: now the battle over wine between the two superstars Angelina Jolie and Brad Pitt, who separated in 2016, is also heating up. The actor has contested the sale of his shares in their wine estate in the south of France to his ex-wife. This is the estate that produces the wine of “Miraval Cotes de Provence”, now a reason for confrontation between the former iconic Hollywood couple, who once made millions of people dream around the world and have been at loggerheads over everything for years.

Brad Pitt furious with Angelina for not fulfilling the contract

Jolie sold her share of the winery she owns with her ex-husband and now he’s suing her claiming they both “agreed never to sell their respective interests in the estate without each other’s consent” . The estate purchased in 2008 is the love nest in the South of France, where the two married in 2014. But now the fairytale atmosphere has disappeared: in his complaint, Brad Pitt disputes Angelina for not having offered him the purchase before of her actions, accuses her of having “stopped contributing to Miraval for a long time” and is asking that the lawsuit be decided in a civil court.

David Martin is the lead editor for Spark Chronicles. David has been working as a freelance journalist.
Previous Million Arthur Arcana Blood Download Full Game PC For Free
Next Keira Knightley Rome, who is the actress on vacation in the Capital photo