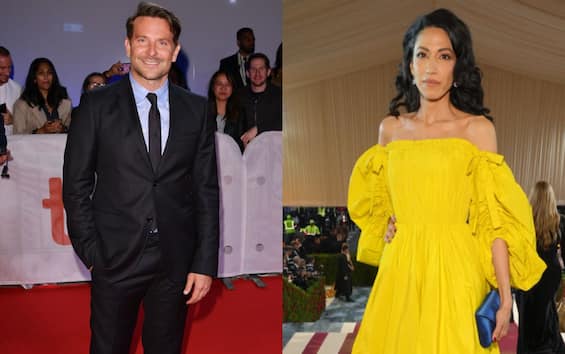 Bradley Cooper would be dating Huma Abedin thanks to Anna Wintour

According to rumors published on Page Six, the actor has been dating for several months with Hillary Clinton’s political collaborator, Huma Abedin

We had left him first between a chatted flirt with Dianna Agron, then with a feared rapprochement with the super model and ex Irina Shayk. In fact, it just looks like the heart of Bradley Cooper is occupied by a new and unexpected flame. According to what reported by Page Six, the actor has been dating for a few months with Huma Abedin, Close political collaborator of Hillary Clinton, vice president of her 2016 campaign for the US presidential race and ex-wife of Anthony Weiner, politician involved in some scandals.

Bradley Cooper and Huma Abedin, together thanks to Anna Wintour

Bradley Cooper: A director laughed at me for Oscar nominations

Bradley Cooper, 47, and Huma Abedin, 46, have been dating for a few months and according to a source in the famous gossip magazine, they met thanks to the director of Vogue. Anna Wintour, very attached to both. According to an acquaintance of the couple, she would have been the one to act as Cupid, as best friend of Bradley and a great admirer of Huma.

However, there are many indiscretions leaking from the pages of Page Six and statements from acquaintances of the couple. The actor would have dating with Dianna Agron closed, singer and actress and would then begin dating Huma more assiduously. It is not clear how much Cooper and the Glee star have dated, what is certain is that the young actress has had to make room for a new woman in Bradley’s heart.

For its part, according to some rumors, Abedin would have confided to some friends that she was dating a man, without revealing his identity. On the other hand, the couple seems to have a lot in common: Both interested in politics and activism, the foundations for a solid relationship are all there.

Bradley Cooper and Huma Abedin, together at the Met Gala

These are not the only clues: according to reports to Page Six, the two would have arrived together with the Met Gala on May 2, then parting ways on the red carpet runway so as not to draw too much attention to the new relationship. As evidence of her, there are images that portray Abedin in a canary yellow dress and Cooper just behind her, at a distance. At the moment, none of the interested parties have released comments, denials or confirmations.

The actor and the political collaborator seem to share more than meets the eye. Cooper has a ended marriage behind him, after his divorce from actress Jennifer Esposito in 2007 and numerous more or less talked about relationships, from Renée Zellweger, Zoe Saldana to Suki Waterhouse. One of the most important links, however, is the one that has seen him linked to supermodel Irina Shaykwith whom he ended the relationship in 2019 and with whom he had a daughter, Lea De Seine Shayk Cooper.

Bradley Cooper and Irina Shayk: the photo story of the couple

Bradley Cooper and Irina Shayk were paparazzi together in New York, during a walk. A way to spend time with 4-year-old daughter Lea as a family. Despite the fact that the two broke up, they often meet for the sake of the little girl. Let’s retrace their history with these images

The love story between Irina Shayk and Bradley Cooper begins in 2015. Both have important relationships behind them: she the one with Cristiano Ronaldo, he with his ex-wife Jennifer Esposito and the story with Renée Zellweger.

After a while, the two begin to formalize the relationship even on the most important red carpets.

In 2016, in Wimbledon, during the tennis tournament.

Huma Abedin and the divorce from Weiner

If Cooper’s love life has been eventful, it is no less than that of Huma Abedin, ex-wife of Anthony Weiner, politician involved in some sex scandals and with whom he had a 10-year-old son, Jordan. In a recent interview, Huma Abedin herself had stated that Anna Wintour had been one of her friends who offered her the most support during the sexting scandal involving her now ex-husband. Former Democratic MP, Weiner was sentenced in 2017 to 21 months in prison for sexting with a minor and it is on this experience that Abedin wrote the book. Both / And: A Life in Many Worlds declaring to the site The Cut to have suffered a real trauma and having lived in shame for a long time. For Huma Abedin, however, the time has come to turn the page definitively.

David Martin is the lead editor for Spark Chronicles. David has been working as a freelance journalist.
Previous The European war poll, Putin and us. Open anticipates the results that Domino will publish exclusively – Dario Fabbri’s video
Next Covid, the central role of laboratory medicine. Innovative technologies at the service of the patient