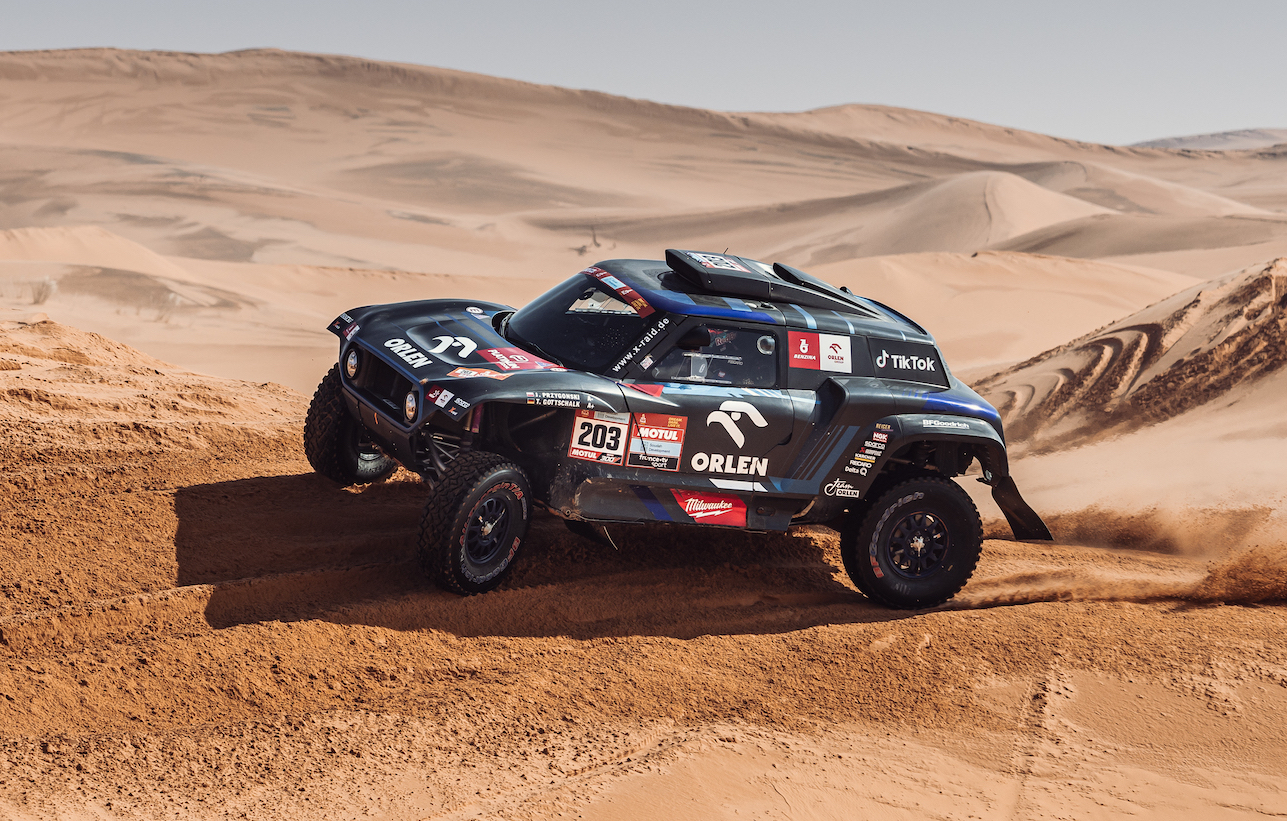 Breaking down of Jakub Przygoński on the Dakar. “Our heads are bursting”

The longest special stage of this year’s Dakar is behind us. The competitors headed south of the country, towards the capital of Saudi Arabia – Riyadh. Jakub Przygoński, who was promoted in the general classification of the rally, presented himself in a good way.

Motorcyclists left the camp at 3 am Polish time, and two hours later they started a real competition. Maciej Giemza finished the Wednesday stage in 39th place. In the general classification of the Dakar Rally, the motorcyclist of the Orlen Team ranks 33rd.

Giemza made no secret of the fact that it was not his best day at the campsite. Joan Barreda won the Wednesday stage ahead of Pablo Quintanilla and Rui Goncalves. Sam Sunderland remained in the lead of the rally.

Wednesday is, above all, a good day performed by Jakub Przygoński. The oldest Orlen Team competitor took eighth place, which allowed him to move up to the seventh place in the general classification.

– The finish line of the longest section is behind us. It was a mix of everything – dunes, long straights, rocks, river crossings, a lot of mud. Was happening. The navigation was not easy, Timo gave commands for the entire 450 km, so our heads are bursting. Despite this, we are very pleased, it was the episode in which we finally returned to the game – said Przygoński, who made his Dakar debut in 2009.

Martin Prokop and Viktor Chytka finished the Wednesday stage in 24th place. The Czech duo Orlen Team closes the top ten in the general classification. – It was the longest stretch of the rally. We had a good pace, we tried to keep the average speed high, so the time we lost didn’t matter that much. There were some problems with navigation, but we dealt with it quickly. The car did well in difficult sections, we’ll see what it will be like in the next days. We are satisfied with our progress, we are not losing much to the top – emphasized Prokop.

Nasser Al-Attiyah triumphed in the car class ahead of Sebastien Loeb. The top two of the general classification are identical. The longest special stage of the rally turned out to be unlucky for last year’s winner – the vehicle driven by Stephane Peterhansel suffered serious damage to the suspension structure. For the 14-time winner of the Dakar Rally, being immobilized in stage four means burying the chances of repeating last year’s success.

Kamil Wiśniewski finished eighth in the quad competition. The Pole is seventh in the general classification. The Argentinean Manuel Andujar was the winner, with Pablo Copetti from the United States leading the overall ranking.

David Martin is the lead editor for Spark Chronicles. David has been working as a freelance journalist.
Previous Poland and Hungary break the rule of law
Next “The Telegraph”: Ralf Rangnick Seeks to Calm the Fall at Manchester United | ManUtd.pl

Przemysław Płatheta lost the beginning of the season due to health problems. The Polish representative …