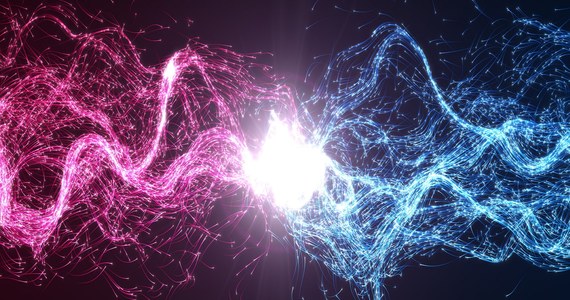 “This is the most important achievement since the 70s of the last century” – these words commented on their latest achievement scientists from the American National Ignition Facility (NIF), during the ongoing 63rd annual meeting of the APS Plasma Physics Division in Pittsburgh. Their research has just been done published in the Bulletin of the American Physical Society.

We are getting closer to building the first effective one artificial sunthanks to which we will be able to produce cheaply and fully ecological electricity. At the National Ignition Facility (NIF), scientists use powerful lasers. With their help, the plasma can be trapped by the principle of inertia. 192 lasers are focused on one point. There is a golden cylinder (hohlraum) containing a small diamond shell that is filled with hydrogen isotopes, deuterium and tritium.

Scientists explain that an intense laser pulse causes the golden envelope of the cylinder to evaporate, while generating a pulse of X-rays. He, in turn, causes the diamond shell to explode, causing the fuel contained in the capsule to implode. Then the fuel is compressed to a density one hundred times greater than that of lead. Is it pressure of 100 billion Earth atmospheres.

Such tremendous pressure warms the fuel up to temperature million degrees Celsius. Then the deuterium and tritium nuclei can overcome each other’s repulsion and merge into helium nuclei. In this way, nuclear fusion takes place and even more energy is generated. Just one glass of water is expected to yield as much as half a million barrels of crude oil.

A record was achieved at the NIF at Lawrence Livermore National Laboratory capacity over 1.3 million joules, or 0.361 kWh. Most importantly, the shot consumed 1.9 million joules, which means that approximately 70 percent of the energy of the laser pulse that triggered the reactions was recovered. These results represent an 8-fold improvement over the experiments conducted in spring 2021 and until 25 fold increase compared to the record performance of the NIF in 2018.

This is an extremely important achievement that brings us closer to launch the first nuclear fusion reactor, offering a positive energy balance. The system is already being improved. Scientists want to increase its effectiveness over 10 times next year. The biggest problem with fusion technologies is the fact that launching a reactor currently consumes much more energy than we get it on the road thermonuclear reactions. However, this sad reality is slowly changing for the better, due to a completely new approach to the construction of these devices, which is being implemented in the United States.

Nuclear fusion reactors they are to allow the countries that have them to produce cheap and environmentally friendly energy for development, which beats the head in terms of efficiency not only of fossil fuels, but also of technologies for obtaining energy from renewable sources.

Artificial suns are just around the corner
/123RF / PICSEL

Another goal is to further refine the system so that it consumes less energy and generates more energy at the same time. The goal is a positive energy balance. Then we will be able to talk about the emergence of a fully practical artificial sun, or technology energy production for the 21st century.

On the occasion of the topic of fusion reactors, it is worth mentioning that scientists from Massachusetts Institute of Technology and Commonwealth Fusion Systems recently announced that they are in the process of building an experimental artificial sun called SPARC. Their reactor is to be the first in the world to achieve a positive energy balance. Americans do not throw words to the wind. Their nuclear fusion reactor is one of the most advanced in the world today. The project was initiated in 2018.

Meanwhile, its first tests are to begin next year. Scientists are sure that in the first phase, SPARC will break all world records for such devices, and in 2025 it will be commercially operational. This will mean that the Americans will be up to 10 years ahead of the EU in this regard. ITER it is to be ready only in 2035.

The variety offered by video games never ceases to amaze him. He loves OutRun's drifting as well as the contemplative walks of Dear Esther. Immersing himself in other worlds is an incomparable feeling for him: he understood it by playing for the first time in Shenmue.
Previous Galaxy S22 in most regions with Qualcomm Snapdragon processors
Next Real Madrid: Six away players