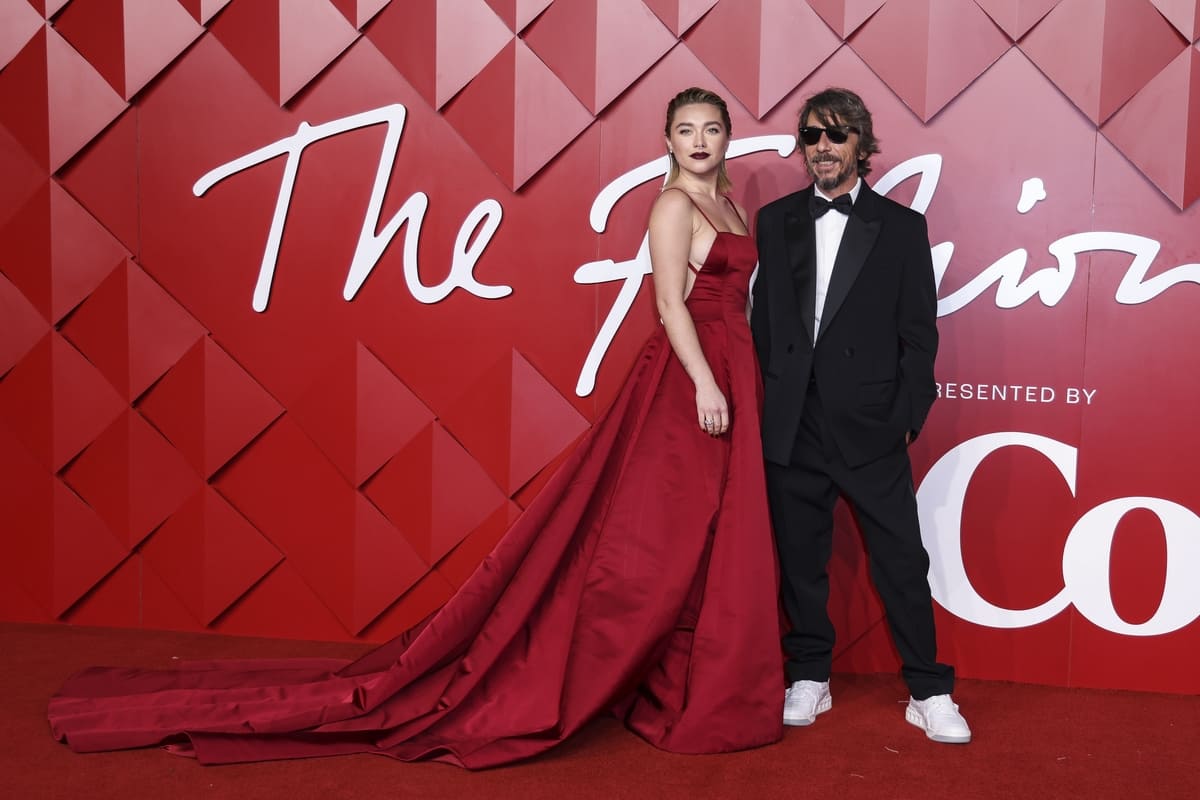 Let’s start from the end: Pierpaolo Piccioli of Valentino triumphed, obtaining the most coveted title. Or that of Stylist of the Year. But at last night’s ceremony at London’s Royal Albert Hall for the British Fashion Awards 2022 We’ve seen a lot of celebrities. Everyone had something to tell. As usual, the Oscars of British Fashion which every year reward those who have distinguished themselves for their talent in the fashion system, have given emotions. First of all red carpets. And, needless to say, many of the stars in the photocall wore a Valentino look. But let’s go in order. 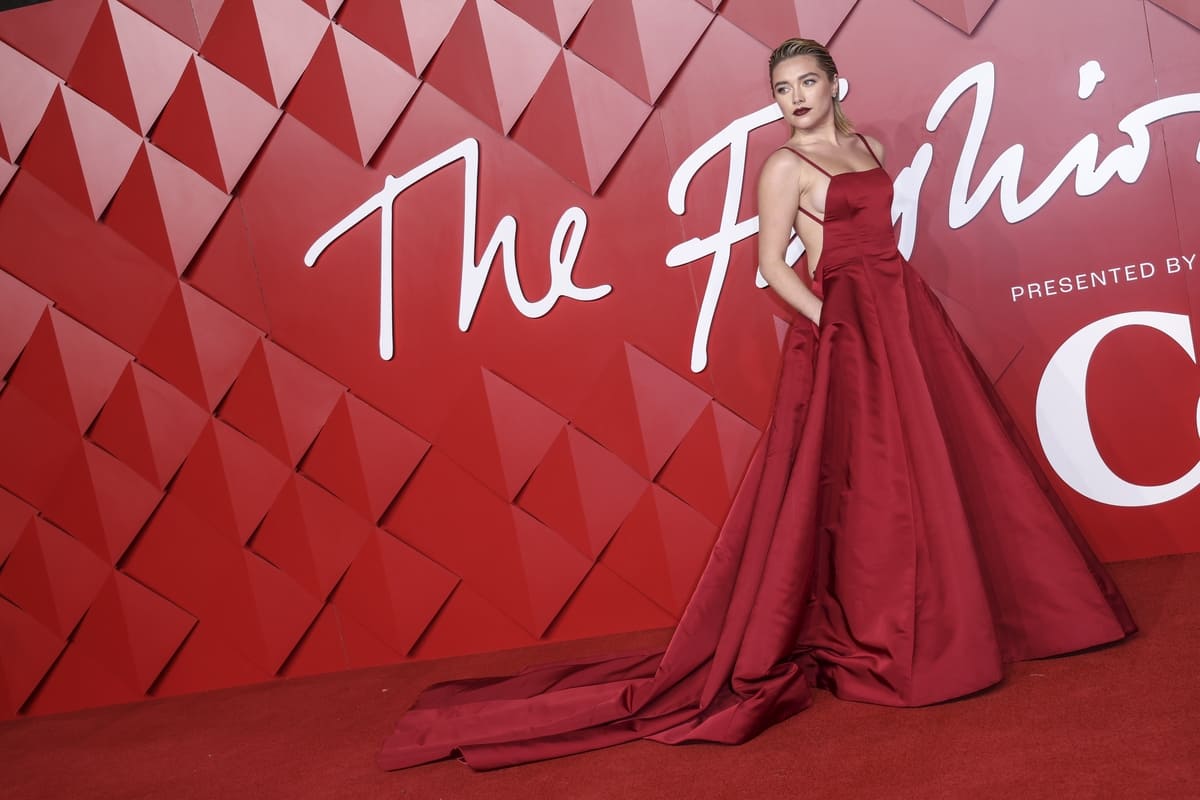 Florence Pugh in Valentino (with a dress designed especially for her) on the red carpet of The Fashion Awards 2022.

All crazy for Piccioli

Rarely does it happen to see an entire family on a red carpet. Also when not playing at home. But Pierpaolo Piccioli, we know, has always lived there with a lot of empathy and humanity. And here he is, posing at the photocall smiling more than ever in the company of his wife Simona and their three children Benedetta, Pietro and Stella. Obviously all in clothes of the Maison. This is the second award the designer has received in the history of the award. In 2018 you had won the title of Designer of the Year. Incidentally, the nominees and winners of the BFAs are voted on by an international judging panel of over 1,000 industry experts. So, in some ways, it’s worth double.

She didn’t win any awards, yet she was the most talked about on the red carpet. Thanks to her makeup, without eyebrows (as she wants trend) but, above all, thanks to her dress. Bold and sensual, but above all avant-garde. By an author on whom we too had bet. Rita Ora has relied on one of the most requested designers of recent times, Nensi Dojaka, the rising star of the latest London Fashion Weeks. A long fire red nude dress. It is a lingerie model that enhances the silhouette made simply with a veil of transparent tulle. Structured bra cups, as per procedure, joined by two metallic hearts and micro thong in the same color and in bellavista. 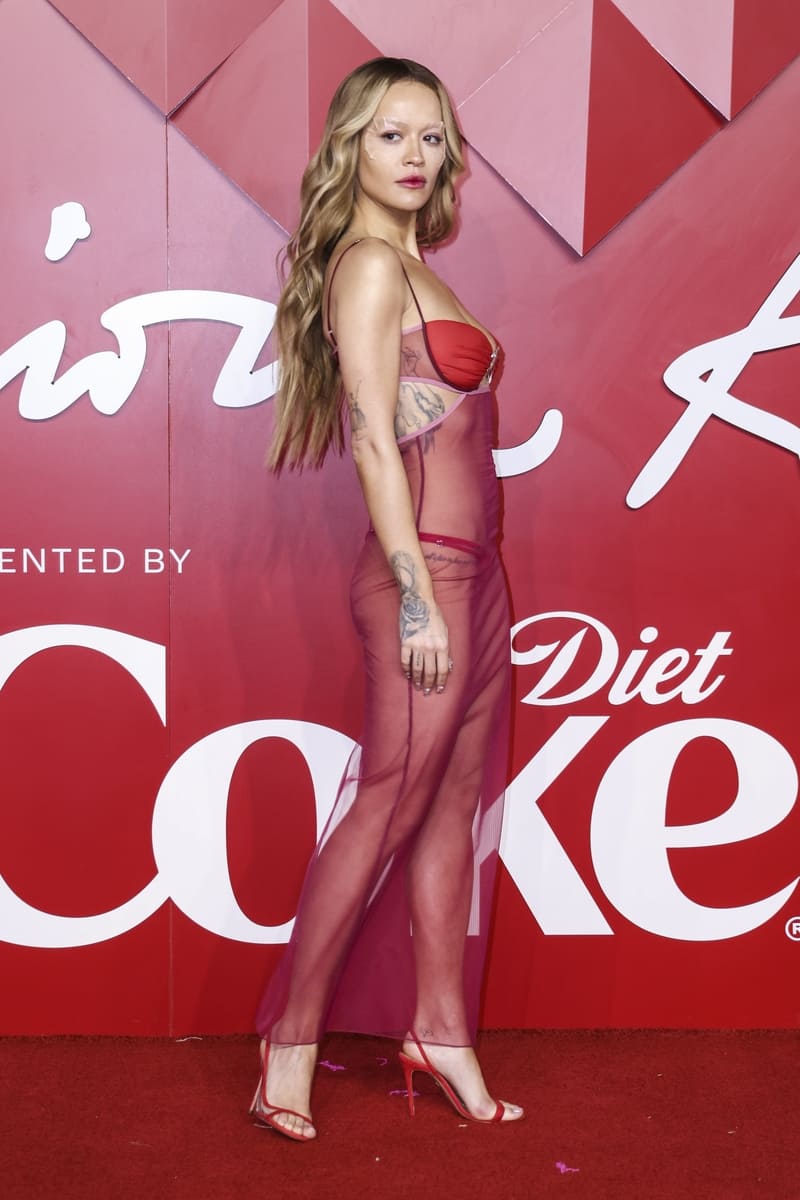 The red carpet of the British Fashion Awards 2022

Valentino also monopolized the red carpet with some creations special custom-made. Starting with the muse Florence Pugh who hosted the ceremony. For her a very Christmas look with a red train. But not only. All the stars and celebrities wanted to anticipate the holidays and the red carpet was thus transformed into a riot of gold and silver sequins. Regina glitter on the red carpet was Naomi Campbellin a silver sequined maxi dress (always Valentine). Closely followed by Suki Waterhouse in silver dress by Alexandre Vauthier Couture. And then, thereto more institutional? The actress of Queen & Slim Jodie Turner-Smithwho presided over the ceremony in a lime yellow Gucci dress. The most innovative? There rappers Shygirl who opted for a custom-made dress in white crepe embellished with clear rhinestones by Salvatore Ferragamo Spring-Summer 2023. Directly from the debut collection by Maximilian Davis. The lowest cost? Without a doubt, Irina Shayk who showed up on the red carpet in a brown mermaid gown by H&M.

The elephant in the room

Before the scandal of the last few weeks engulfed Balenciaga, the creative director Demna competed at the Fashion Awards 2022 for Best designer of the Year. It was him the elephant in the room, as the English say, of this awards evening. This year, during the weeks leading up to the catastrophic advertising campaign, there was talk of how significant the designer’s work had been and in October an article in T Magazine (New York Times) declared how he had become “if not the designer most important of his generation, certainly the most exciting”.

Already in 2021 the hype around the maison had grown thanks to the red carpet show with the Simpsons and the maison’s ability to ride the general enthusiasm for the Metaverse. And then in 2022 it has taken on even bolder tones: in March with the shock fall winter 2022-23 fashion show, in May with the show on Wall Street, in July with the couture that brought Nicole Kidman, Dua Lipa and Kim Kardashian on the catwalk and in October with the ultra raw spring summer show 2023. So, later seven years in charge of the style of the maison, in Demna the credit goes, last stumbling aside, to have always held long live the spark of expectations and the interest of the general public is high for the brand (not an easy operation in these times of large fashion groups and ruthless marketing strategies, in which creativity is forced to measure itself continuously with the economic growth of a brand – see under Gucci).

Now the apologies and public declarations, the silence and the great absence, with the creative director and maison also hidden from the red carpets: not even a celebrity to dress Balenciaga on the red carpet of the 2022 Fashion Awards. Ok, they made a mistake and now it’s also better for the company, which made mea culpa, move on the sly. But be careful not to demonize and make a clean sweep of all that has been.

David Martin is the lead editor for Spark Chronicles. David has been working as a freelance journalist.
Previous THE GIRL FROM STILLWATER (drama, 2021) film review
Next the subject of contention is a post on Instagram [FOTO]