Brussels slows down, no interference on the vote. Storm on the words of Berlusconi – Politics

The European Commission does not enter the electoral campaigns of member countries and is ready to work with everyone. The noise of Ursula von der Leyen’s declarations in New York in view of the Italian vote and the controversies that have ignited in Rome arrives in a matter of hours in the heart of the European district of Brussels. And it brings the European executive to a halt. More formal than substantive, but which serves to clarify one point: Palazzo Berlaymont has no intention of interfering in Italian internal politics.

In the usual briefing with the international press, the spokesman of the Commission Eric Mamer, when asked about it, clarified the meaning of the words of the number one of the European executive. “President von der Leyen did not intervene on the Italian elections and she explicitly said that the Commission will work with all the governments that come out of the elections and who want to work with the European Commission,” Mamer stressed. Reiterating a concept: “The President tried to explain the role of the Commission as guardian of the Treaties, particularly in the field of the rule of law”. And the “tools” cited by von der Leyen overseas refer to this role.

Instruments that the Commission has already used for Hungary and Poland, freezing the yes to the disbursement of funds from the NRP until they adapt to the parameters set by the cross-compliance mechanism of the rule of law.or. In short, in Brussels the watchword is ‘wait and see’. Or, as a qualified European source explained a few days ago, “we must first wait for the documents, and not look at what is said during the election campaign”. The timing of von der Leyen’s words, which arrived within two days of the vote, brought Palazzo Berlaymont to a halt. Also because there is a political fact that, to several MEPs, did not escape: those statements could have a boomerang effect for the most pro-European forces in Italy, such as those of Chancellor Olaf Scholz a few days ago on the occasion of the meeting with Enrico Letta .

On the other hand, in Brussels they are aware that the exploit of the right in Sweden, the possible victory of the FdI-powered center-right in Italy and a possible arrival of the center-right (with Vox its ally) in Spain can crumble the SPD-Ppe axis that , until now, it had basically held up. With all the unknowns of the case on future European negotiations. The moment, therefore, is delicate. “It is vital, in Italy and in the EU, to avoid deviations” from unity in favor of Ukraine, said the Commissioner for Economic Affairs Paolo Gentiloni. By drawing what, in Brussels, they consider a red line: support for Kiev. Just look at Hungary announcing an upcoming referendum on EU sanctions as its foreign minister met with Sergei Lavrov in New York. “There is a specific legal framework for the adoption of sanctions. It is a process established by the European treaties and legislation, not something determined on the basis of a referendum,” Mamer said. And those, like Budapest, who find it hard to adapt to the Treaties risk losing not only the NRP funds but also the cohesion funds that the EU disburses annually for all member states.

And that’s why they have become a case in point Berlusconi’s words to Porta a Porta, according to which Putin “wanted to replace Zelensky with a government of decent people”. The Cav then specified: ‘We with the EU and NATO’. But it wasn’t enough.

At the attack the secretary Dem, Enrico Letta. Those of Berlusconi on Putin “are scandalous and very serious words. I wonder and I ask Meloni if ​​he shares them and if the Italians can share them. Moreover, they are rambling words; Berlusconi himself voted for aid with Fi supporting Draghi. We are beyond imaginable , are words that please Putin. If on Sunday evening if the right wins, the first happy would be Putin. We are always against the aggressor who, as Berlusconi himself says, ‘uses troops to make good people’ “.

“The EPP condemned the Russian invasion from day one. Unequivocally. It supported and led the sanctions against Russia. Unwaveringly. He supported the sending of military and humanitarian aid to Ukraine. Firmly. Attempts to suggest otherwise are absurd. Point “. The secretary general of the European People’s Party, Thanasis Bakolas wrote in a tweet. In a previous tweet, after the controversy over Berlusconi’s words, the EPP had underlined how” Forza Italia’s position is crystal clear: it supports the Ukraine in the fight against Russia’s illegal war “.

Hard also Carlo Calenda, leader of the third poleat 24 Mattino on Radio 24. “Yesterday Berlusconi took us out of any kind of European and Euro-Atlantic alliance. Yesterday Berlusconi spoke like a Putin general. But a coalition that argues over everything means Italy in default. Others solutions mean Italy to disaster. Here either we get it into our heads that we are in a very agitated sea, or we will break our heads. We can only choose the third pole to keep the country safe. ”

The Zelensky’s spokesperson. “Putin has been in power for more than 20 years. He killed or imprisoned political opponents. He sent an army of murderers rapists into the territory of a sovereign state. He organized a massacre in Syria, he is responsible for the shooting down of a passenger plane with 300 people in 2014. And now he threatens nuclear weapons. So, if we understand correctly, Berlusconi trusts him and uses his example to define who is a respectable person and who is not? “, Seriiy Nykyforov told Repubblica, adding on the vote in Italy: “It is essential that citizens choose candidates who have and follow the right moral principles”. 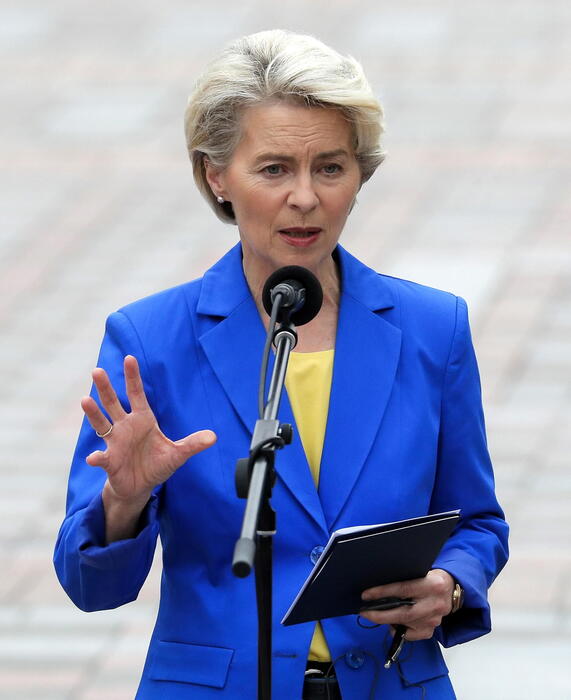 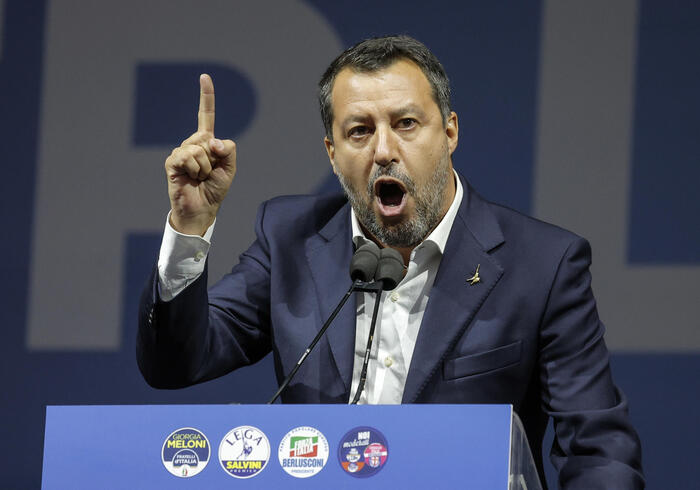 The leader of the Northern League: ‘We will not have technical ministers, before changing the Constitution let’s think about the bills’ (ANSA)

Videogames entered his life in the late '80s, at the time of the first meeting with Super Mario Bros, and even today they make it a permanent part, after almost 30 years. Pros and defects: he manages to finish Super Mario Bros in less than 5 minutes but he has never finished Final Fight with a credit ... he's still trying.
Previous Federer: double farewell with Nadal, between tears and applause – Tennis
Next Amal Clooney in minidress and ruffles challenges the wind of New York, together with George