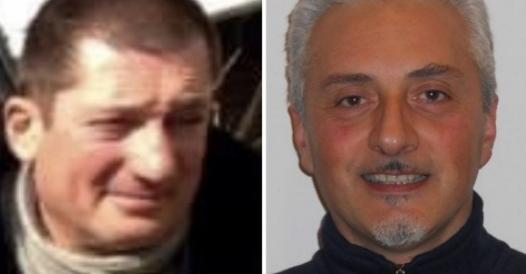 Canadair crashed, one of the pilots killed already crashed in 1997 (and his second died in the accident) – Corriere.it

The incredible fate of Matteo Pozzoli, 58, who was held responsible for the aerial tragedy of Mount Lupone, where captain Maurizio Poggiali died. The other victim on Etna Roberto Mazzone, 62, who leaves his wife and two children: he had made a heroic ditching in Salerno. Their bodies found torn apart

A Lombard from Erba, in the Como area; the other from Campania, from Salerno. Same generation, same love for flying: Matteo Pozzoli, 58, and Roberto Mazzone, 62, linked by a tragic destiny. Were aboard the Canadair crashed in Linguaglossain the Catania area, after the impact against a rocky ridge and then exploded. Their bodies have just been found, practically destroyed. The company they worked for as pilots, Babcock, does not officially speak of death, but the chances of them remaining alive are now virtually nil.

Matteo Pozzoli, who escaped death in 1997 but was sentenced

, son of the former Northern League mayor of Erba, Filippo, comes from the Air Force. In 1997 he escaped death after crashing with a SIAI 208 M on Mount Lupone, in the province of Latina. With him was captain Maurizio Poggiali who lost his life in the impact. A dramatic episode caused by a risky maneuver for which Pozzoli was held responsible and which cost him two now definitive sentences: a penalty of one year and six months for manslaughter and one of the Court of Auditors. The accounting magistracy that proceeded for tax damage wrote that the pilot had negligently failed to follow not only the actual flight rules given, but also the rules of common prudence and diligence. The victim’s relatives have always harshly criticized the decision of the Air Force to readmit the pilot who over the years became a lieutenant colonel.

Poggiali’s brother, Fabio, well-known director and theater actor dedicated a monologue to the disaster of Mount Lupone. In 2018 he committed suicide. The convicted pilot’s father never accepted the judges’ reconstructions. The court sentenced Matteo – wrote the former mayor in 2017 – on the grounds that being the commander of the plane he did not have to fly over inaccessible areas. Question: but is a test carried out on a beautiful plain without forcing the plane or is it necessary to see the compliance of the vehicle even in critical conditions? Now the court of auditors obliges the pilot to compensate the air force for the cost of the destroyed plane… Silent State and Air Force, first praise and then cheat. Despite this, Matteo continues to put his skills at the service of our country. We are proud of you, he keeps flying.

Shy, reserved, serious and with a great experience, this is how his friend Gennaro D’Alessio describes the missing colleague with Pozzoli, Roberto Mazzone. The two met as teenagers. Both volunteers in the Soccorso Amico association, which runs a free ambulance service. D’Alessio a former banker, Mazzone has always been a pilot. managed to turn his passion into a job, says D’Alessio. He was a serious man, with his head on his shoulders, capable of heroic gestures, like when, years ago, to prevent the plane on which he was flying with a pupil, crashing and killing children due to an accident, he managed to land on the Salerno seafront. Half an hour after learning of the Irpinia earthquake we were together to help the affected population – he says -. He loved what he did. And he was trying to convince me how natural it was to fly. He was a person incapable of recklessness. Mazzone leaves his wife and two boys.

Videogames entered his life in the late '80s, at the time of the first meeting with Super Mario Bros, and even today they make it a permanent part, after almost 30 years. Pros and defects: he manages to finish Super Mario Bros in less than 5 minutes but he has never finished Final Fight with a credit ... he's still trying.
Previous False surety for the purchase of Salernitana, Di Silvio and Consul reported to the Rome Public Prosecutor’s Office – Primocanale.it
Next Death Stranding 2 on PS5 seems to be getting closer and closer