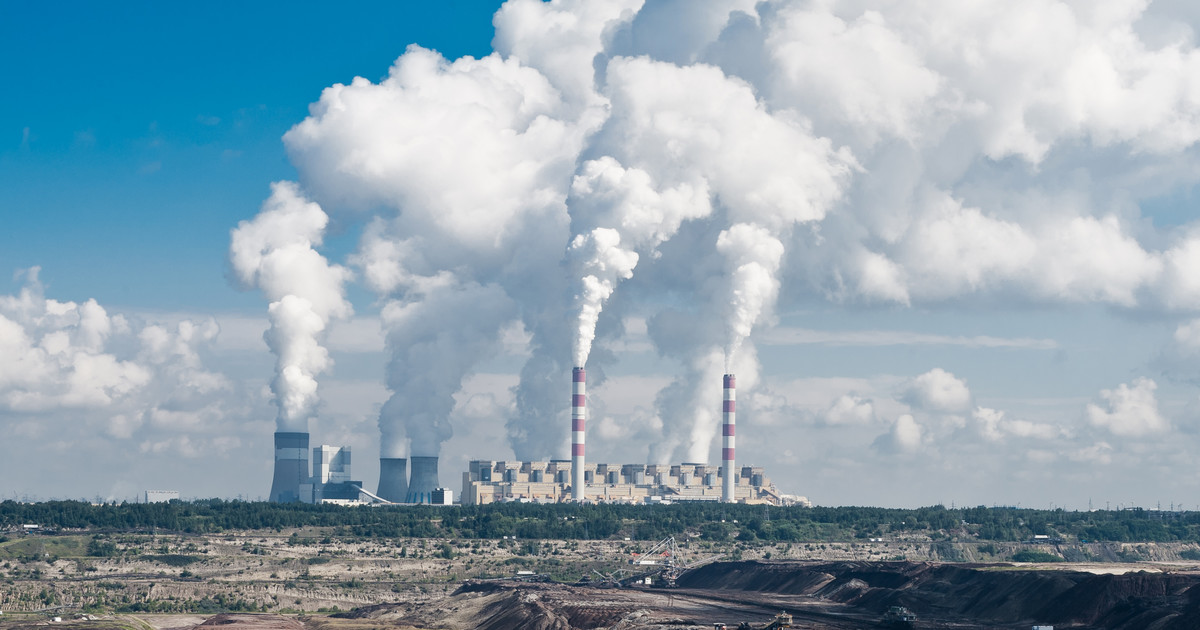 Cancellation of the climate package? “It’s a distraction from real problems”

The words of Deputy Prime Minister Jacek Sasin, uttered during an interview in Polsat News, may indicate that the Polish government is going to another short circuit with the European Union. Previously, government representatives had directly pointed out that the EU climate policy, and more precisely – the burden imposed by the CO2 emissions trading system on the Polish energy sector, is to blame for the increase in energy prices.

Solidarna Polska, but the Ministry of State Assets led by Sasin, responsible, inter alia, for for supervising energy companies, he has so far avoided such harsh declarations. Perhaps because it is simply impossible to announce the climate package by Poland.

– Member States cannot abandon parts of the EU acquis that they have voluntarily agreed to and assisted in shaping – the press service of the European Commission responds to Busienss Insider’s questions. – Poland, for example, recently participated in the adoption of the EU climate law and a binding commitment to reduce greenhouse gas emissions in the EU by at least 55%. by 2030 and to achieve climate neutrality by 2050 – reminds the European Commission.

The Commission adds that Member States and the European Parliament are currently negotiating a set of sectoral laws to make these commitments a reality, in line with the Commission’s recommendations in the Fit for 55 package. – Poland has its place at the negotiating table and participates in the process of finalizing this law – explains the press office of the European Commission.

In recent weeks, however, we have seen a strong emphasis by the Polish government on the EU’s full responsibility for rising energy prices. The energy companies supervised by the Sasina ministry were even instructed to inform customers that it was the high costs CO2 emissions are the main component of electricity prices and this is a consequence of the EU’s climate policy. Such information to customers has been sent, for example, by Tauron in recent days. There is no mention of fuel costs, or the fact that coal – the main raw material for energy production in Poland – is one of the most emissive fuels in the energy sector.

Sasin also refers to the report of Bank Pekao. – It shows that by 2030 the total cost of the EU climate policy in this edition, proposed by Frans Timmermans (deputy head of the European Commission – editor’s note), amounts to over PLN 2.44 trillion for Poland – said the Prime Minister in the Sejm recently.

The president of Forum Energii, Joanna Maćkowiak-Pandera, has great doubts about the calculations of Bank Pekao regarding the costs of transformation, which are referred to by the Polish government. – There are factual inaccuracies in this analysis, and most of all there is no cost analysis of inaction and what could happen if we were outside the EU, i.e. what energy model we would adopt then, in what energy sources they invested. We are in a crisis in the Polish energy sector, while the Ministry of State Assets gives the impression that it is doing everything to destabilize the energy sector, instead of reassuring a very difficult situation. It is a distraction from real problems – comments Maćkowiak-Pandera.

He also points out that the termination of one of the legal elements of the EU would, in fact, mean the initiation of the process of leaving the EU. – We cannot selectively choose the rules that we want to follow and which we do not respect – the head of Forum Energii concludes.

Billions to the budget

What is missing in the statements of government representatives is the information that the Polish budget benefits from the sale of CO2 emission allowances. Only in 2021, Poland obtained about PLN 25.2 billion from this. What’s wrong with the money?

– Some of these funds go to the Indirect Emission Costs Compensation Fund, which supports energy-intensive companies in Poland. As a rule, 25 percent should go to this goal. revenues from the sale of allowances, but in 2020 and 2021 these revenues were limited by introducing quota limits. From this year, as much as 25 percent of this fund is to be allocated. total income from the sale of allowances – lists Marcin Kowalczyk, head of the climate team at the WWF Poland Foundation.

He adds that part of the funds – in the amount of PLN 8 million – goes to KOBIZE, and PLN 4 million goes to the management of the Modernization Fund under the National Fund for Environmental Protection and Water Management. The rest, on the other hand, is the income of the state budget.

– Theoretically, half of the money obtained in this way should be spent on climate goals. In Poland, however, it is understood very broadly. In reports on the use of funds from the sale of allowances, Poland indicated, for example, covering the budget gap due to lower excise tax revenues due to support for the construction of renewable energy sources or VAT revenues due to public transport support. In practice, this money simply flows into the state budget and there it dissolves into day-to-day operations – explains Kowalczyk. – However, in accordance with the assumptions of the “Fit for 55” package, from 2023, EU countries will be obliged to spend 100% of revenues from the sale of emission allowances for climate protection – he adds.

The Polish government already has a plan on how to spend some of the funds obtained from emissions trading this year. They will be used to compensate gas sellers, who, in accordance with the act being processed, will have to lower the prices of blue fuel for some customers. It is estimated that the total cost of compensations may amount to as much as PLN 10 billion in 2022. Compensation will be paid by the Price Difference Payment Fund, which will receive 40 percent. funds from the sale of CO2 emission allowances and funds from the COVID-19 Counteracting Fund. The biggest beneficiary of this solution will be state-controlled PGNiG.

Videogames entered his life in the late '80s, at the time of the first meeting with Super Mario Bros, and even today they make it a permanent part, after almost 30 years. Pros and defects: he manages to finish Super Mario Bros in less than 5 minutes but he has never finished Final Fight with a credit ... he's still trying.
Previous The former kadrowicz has reservations about Adam Nawałka on Robert Lewandowski. “Lost potential”
Next Sensational calling for the Polish jumper to the Olympics? Nobody expected that