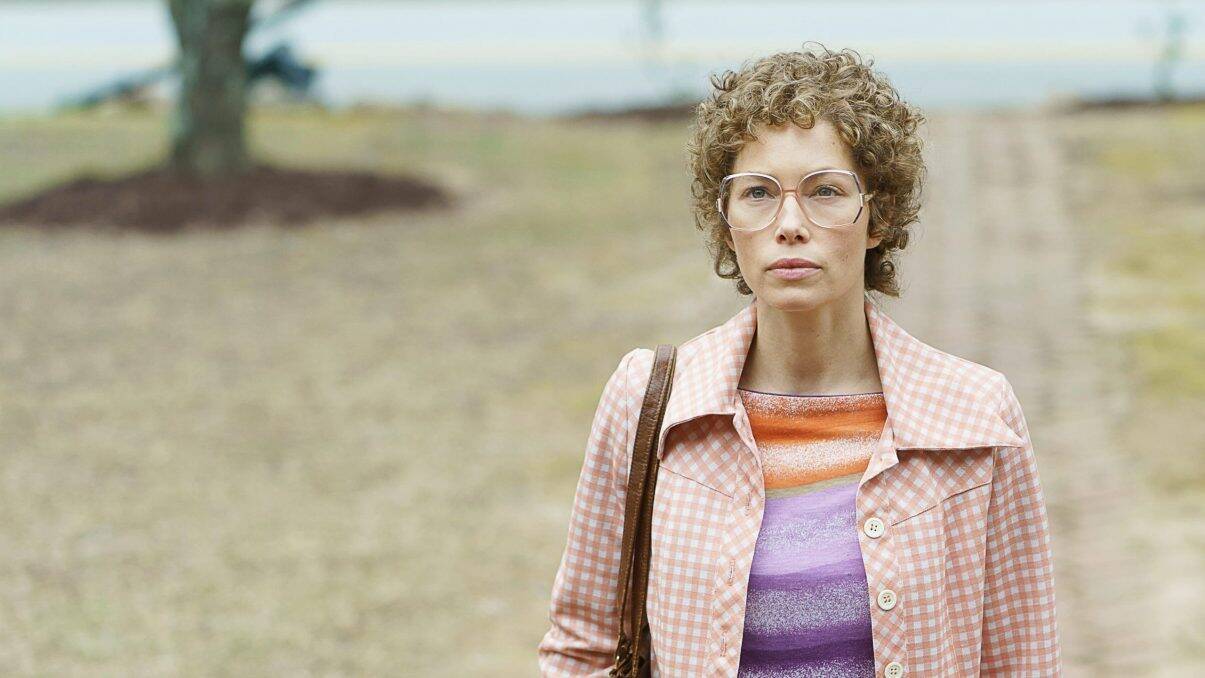 Candy: Death in Texas, review: a miniseries without bite

Candy: Death in Texas, available on Disney Plus, is a miniseries consisting of five episodes lasting forty-five minutes each by genre true crime drama starring Jessica Biel and directed by Michael Uppendhal. It is a chilling tale, brutal and full of question marks but devoid of bite.

The true story behind Candy: Death in Texas

Based on an event that occurred in the 1980s in Collin County, a peaceful town in Texas, the miniseries tells of the murder of middle school teacher Betty Gore at the hands of Candy Montgomery, an all-house and church housewife who was respected by everyone in the community. Indicted but found innocent in self-defense by the jury, Candy then moved, changing her name and divorcing her husband for her cheating, some of which was with the husband of the late Betty Gore, that in all this he left an eight-year-old girl an orphan.

Although many years have passed since then, the real motivations behind the murder are not known, since the evidence, which disappeared from the crime scene, has not provided the details necessary to force the jury to order Candy Montgomery’s arrest. Despite being her neighbor as well as her old friend, the housewife was envious of Betty Gore for her perfect life, even if the latter, once she discovered that Candy and her husband were secretly seeing each other having sexual relations, decided to punish her in her own way doing justice to itself. According to newspaper articles at the time following Candy Montgomery’s statements, Betty Gore attempted to kill her neighbor with an axe, and Candy defended herself to keep from hurting her.

Net of this, the forty-one infernal stab wounds to the already mangled body of poor Betty Gore did not convince the jury to convict the Texan housewife, who came out clean from this affair, starting a new life elsewhere. For the uninitiated, Candy Wheeler (that’s her maiden name) is still alive and living in Georgia, and for the past forty-five years she has worked as a mental health therapist. If it weren’t ironic, it would be creepy.

The events of Candy: Death in Texas

To play Candy Montgomery is Jessica Biel (The Sinner And Seventh heaven), while to impersonate Betty Gore is Melanie Lynskey (Don’t Look Up by Adam McKay), two stars who need no introduction. We are in 1980, in the midst of the acquisition of the Lakers by the mogul Jerry Buss and bitter social struggles. Candy Montgomery is a mother who takes care of the house and takes care of the children’s education, feeding them, accompanying them to school and assisting her husband Pat (Timothy Simons) in the various daily worries.

It is a wealthy family, participating in community activities, always giving valuable advice and support to those in difficulty. Candy, being religious, sings in the church choir together with Betty Gore, her neighbor and friend of hers, who she often attends because their children play together in the courtyard adjacent to their homes. Furthermore, they share the same passions and even the same political opinion, and they wish for a more cohesive, forward-looking and united society. Their relationship, which is initially linked by a deep friendship, however deteriorates over time due to Betty Gore, who spontaneously distances herself from gossip by rediscovering intimacy with her husband Alan (Pablo Schreiber), who works as an engineer, passing more time in the office than at home. Feeling lonely, Betty finds that the community continues to view her positively, and that her friend Candy is waiting for her to spend more unforgettable moments together.

During the time Betty moved away, however, Candy rediscovered her intimacy, bringing out sides of herself that she didn’t remember at all. She is a twenty-seven-year-old mother of four, and has now been married for eight years: she grew up too quickly, denying herself the frivolities of youth and light-heartedness, consequently shelving all her desires to spend the rest of her life with the man whose she’s in love. But how much has this changed you? And can she still accept it? Taking more liberties and transgressing, begins to see his world in a negative way. She detaches, while remaining close to her children, and begins to participate in events of various kinds, forging a special friendship with Alan which then leads to an intimate relationship. She doesn’t fall in love with him, of course, but she spends entire afternoons with him, desiring him but still keeping a certain distance, so as not to become more attached than necessary. However, it is simple said and done, because their clandestine relationship, later discovered by Betty, it could even undermine the very foundations of the community.

As interesting as the story and the premises are, the narrative stumbles right where it should surprise, in fact presenting an extremely flat proposal. The events follow one another quickly, yet everything runs out in a few seconds due to too much meat on the fire placed on the embers. The story, inspired by a true story, should have been treated with greater care and attention. It is precisely the writing that is skimpy, uninspired and inconsistent, as well as boring and uninvolving, leaving the viewer very little to think about. Accomplice of the exaggeratedly long and not very incisive dialogues, the most important moment of the series is immature and not very exciting.

Net of the excellent interpretations of Jessica Biel and Melanie Lynskey, we think that dedicating only five episodes to describe such delicate events are really too short, as well as soulless. Going straight to the point, therefore, was a wrong choice, because it lent the side to countless criticisms of the story, which, in addition to proving weak, is also rather uninvolving. On more than one occasion, in fact, it has been difficult to follow each vicissitude step by step, because the production has done everything to commit itself to making the narrative devoid of the typical elements of the genre to which it belongs. The tension only appears at the end, but this is not enough to revive a miniseries which, in addition to being not very effective, it is extremely devoid of the right ideas.

Candy: Death in Texass it is an interesting operation but poorly developed, treated with superficiality and proposed with just as little care on the part of the director. Five episodes, in this sense, are too few to describe two personalities like those of Candy and Betty, who find themselves in conflict, but they never give the feeling of being real except only at the end of the story.

In a time of big releases across all platforms, such a miniseries comes along offering nothing that hasn’t already been seen. Another classic missed opportunity.

David Martin is the lead editor for Spark Chronicles. David has been working as a freelance journalist.
Previous Winx – An endless magic
Next Piano di Sorrento, on November 28 in New York the singer Francesca Maresca will receive the Maria Callas Tribute Award