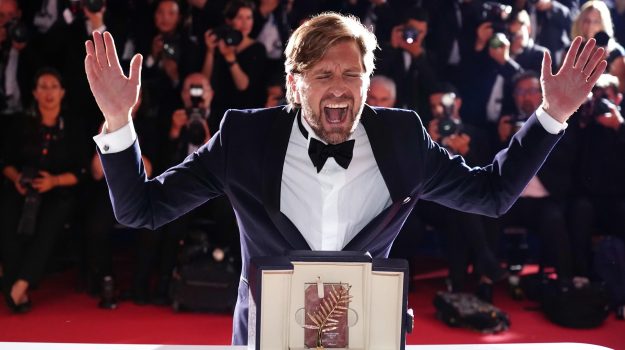 Said the historic director of Cannes, Gilles Jacob, «if you want the jury to work well, choose the president carefully, then the other jurors with him and make sure they know who decides». In this edition, however, the president of the jury, Vincent Lindon opted for democracy bringing home an almost record-breaking result: more prizes than jurors, 10 winners and only 9 judges who – Lindon himself admitted – always decided by majority.
«This jury taught me – says the president – to watch a film, letting it grow in memory and discussion. Seldom have I seen so much mutual respect between artists and so much warmth in each defending what he loved rather than deconstructing what annoyed him ».
«Today we say goodbye with a full heart – he says Jasmin Trinca – because for 10 days we breathed together that unique experience which is living emotions together in the dark of the room. Because we did this, we put our hearts and the utmost respect into every film we saw and we found this emotion as mere spectators again this evening, finally seeing the winners among us and keeping a thought for those who aren’t there. they were and still remain in our hearts and in our memory».
A thought then Ashgar Farhadi for “my people who are experiencing especially difficult and painful moments in these days. My thoughts and my solidarity go first of all to the Iranian people tonight”.
Vincent Lindon concludes by reiterating that he will want to subvert the rules by confirming the same jury for the next four years (but of course it’s a joke). «The real nice thing – he says – is instead to go home with the feeling that we have done something good for those we have rewarded. Giving is sometimes as beautiful as receiving.

‘Triangle of Sadness’ of Swedish Reuben Ostlund won the Palme d’Or at the 75th Cannes Film Festival. The director, already winner in 2017 with ‘The Square’, amused and sometimes shocked the Cannes audience with his film, an overwhelming satire where social roles and class barriers are shattered. The protagonists of the film, played by Harris Dickinson, Charlbi Dean and Woody Harrelson, are a couple of models, Carl and Yaya, invited to participate in a luxury cruise together with a bizarre group of nouveau riche. Everything seems pleasant at first but a catastrophic event will transform the journey into a nightmarish adventure in which every social hierarchy will end up being turned upside down.
The 75th edition of the festival, which saw the Dardenne brothers a special prize (they were among the favorites to win the final with ‘Tori and Lokita’), did not receive the disputes of the previous one with a much criticized victory (‘Titane’ by Julia Ducournau). The judging panel chaired by Vincent Lindon – made up of Indian actress Deepika Padukone, English Rebecca Hall, Swedish Noomi Rapace, American indie director Jeff Nichols, Iranian director Asghar Farhadi, French actor and director Ladj Ly, Norwegian director Joachim Trier and our Jasmine Trinca – made choices that can be shared in a panorama that didn’t see favorite films in the field anyway.
Italy takes home an important recognition, the Jury Prize, with a film it produced and starring Alessandro Borghi and Luca Marinelli, ‘The eight mountains by Charlotte Vandermeersch and Felix Van Groeningen, awarded ex aequo with ‘Eo/ Hi-Han’ by Jerzy Skolimowski.
Another ex aequo for the Grand Prix which goes to the films ‘Closè’ by Belgian director Lukas Dhont and ‘Stars at Noon’ by French Claire Denis.
The best male and female performers are non-European actors: Korean film star Song Kang-ho, star of ‘Broker’ by Japanese Kore-eda and Iranian Czar Amir Ebrahimi for her role in ‘Holy Spider’.
On the Cannes gala evening, ‘Boy from Heaven’ by the Danish director of Egyptian origin Tarik Saleh also won the award for best screenplay and Park Chan-Wook who won the award for best director for the film ‘Decision To Leave’

David Martin is the lead editor for Spark Chronicles. David has been working as a freelance journalist.
Previous Cara Delevingne, 30 for the girl with the eyebrows that made history
Next Ballerina: Lance Reddick reprises his John Wick role in the spin-off with Ana de Armas