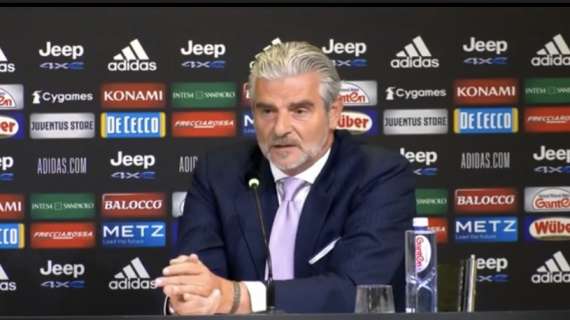 “Capital gains? We respect everyone, but we want to be respected. Tonight we are here to win, not to joke”

The CEO of Juventus Maurizio Arrivabene spoke to the microphones of Mediaset a few minutes from the match against Benfica, starting from the capital gains affair: “As often happens in Italy, the trials are carried out first in the media and then in the appropriate offices. Following the communication from the Turin Public Prosecutor’s Office, there was a communication from us that he clarified the position. On another occasion I already said that we respect everyone but we want to be respected “.

How are you experiencing this match?
“We are living it to win it. We did not fly three hours to come here to joke. We have six men who are missing but it should not be an excuse for those who go on the field but one more reason to play it all the way”.

Tonight, beyond the result, we expect a game with that sense of belonging that has characterized this club.
“It forces me to speak as a Juventus player and not as a managing director. We are all here around the team, our commitment is maximum, we are close to the boys but the boys must equally deserve to wear the Juventus shirt.”

If it were the start of a grand prix, which row does Juventus start?
“Today we are on the second row but if you have a good strategy you can get ahead at the end of the race. We fight until the last corner of the last lap. I expect that even here the team will fight until the last minute”.

What has changed in the locker room in Haifa?
“He reminded everyone of their responsibilities. There is sytatya taking responsibility on the part of everyone and it meant that we united looking forward trying to do the best”.

David Martin is the lead editor for Spark Chronicles. David has been working as a freelance journalist.
Previous a leak reveals the new November free games for PS4 and PS5
Next Alessia Pifferi, chat between 56 years old and mother child died of hardship