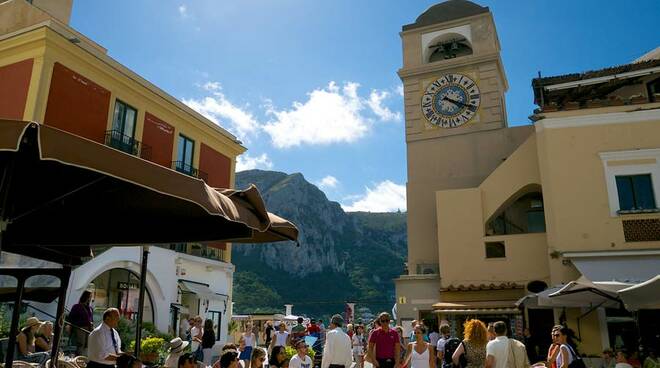 Capri is preparing to return to the island of international cinema: the 27th edition of “Capri Hollywood” from 26 December

Capri is preparing to return to the island of international cinema: from 26 December the 27th edition of “Capri Hollywood”. Over sixty guests, 23rd screenings including previews and reviews: Capri is once again the island of international cinema in winter. The 27th edition of “Capri Hollywood – The International Film Festival” will kick off from December 26 with special dedications to Peppino di Capri and the director Liliana Cavani (90 years old on January 12), who will be the protagonist of the final evening at the Mercadante Theater in Naples on January 2nd.

The event organized by the Capri nel Mondo Institute is promoted with the support of the MiC (Dg Cinema), the Campania Region with the patronage of the Italian Red Cross, Nuovo Imaie and the Parliamentary Assembly of the Mediterranean.

“In a decidedly delicate year – explains the producer and founder Pascal Vicedomini – Capri Hollywood 2022 wants to propose a different formula: it will in fact be a sober, intense, busy festival. That’s why the chosen subtitle is ‘Cinema, love and solidarity”.

The screenings, all free, will be held between the Capri Auditorium and the Anacapri Cinema Paradiso, on the Mymovies.it and Eventive.org platforms.

The official opening will take place on Tuesday 27 December, at 4.00 pm, in the square, with the Italian Army Band who will receive the Capri Humanitarian Award.

Premieres include Chinonye Chukwu’s “Till,” starring Danielle Deadwyler, Whoopi Goldberg and Haley Bennett; “April 29,1992” by Ariel Vromen, the latest film by Ray Liotta and for the younger ones there is the Kids Global Icons section with titles such as Guillermo Del Toro’s “Pinocchio” just produced and distributed by Netflix.

The themes of cinema will be discussed in the classic ‘Simposi’ at the Certosa di San Giacomo which also hosts the exhibition of costumes, sketches and photos of Pupi Avati’s “Dante”. At the Cloister of San Nicola (Anacapri), the photos of Orlando Faiola on Hollywood and Italy.

David Martin is the lead editor for Spark Chronicles. David has been working as a freelance journalist.
Previous https://gamingbeasts.com/sherlock-holmes-and-the-hound-of-the-baskervilles-collectors-edition-pc-game-download/
Next Download the new issue of Box Office