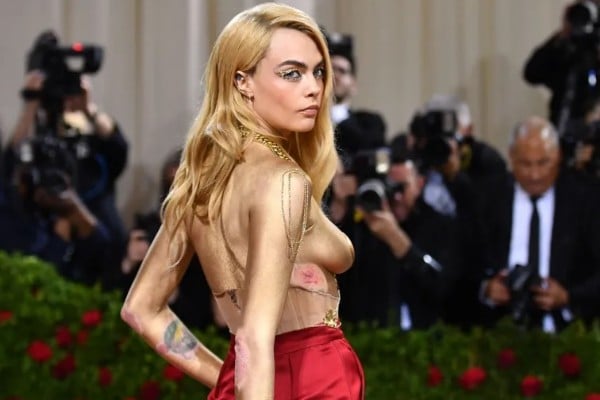 Cara Delevingne and that psoriasis revealed: “Stop hiding, nobody is perfect”

Cara Delevingne suffers from psoriasis, and decided to stop hiding it. As evidence of the fact that even super tops are normal people, with their fragility, she too has decided to rely on self-acceptance and stop hiding imperfections, or those that are considered imperfections. As in the past the Italian actress Kasia Smutniak has already done with vitiligo and the confession in body positive version (“I feel beautiful and loved”), also the super model last May 2 decided not to hide the psoriasis on the occasion of the Met Gala in New York, where she presented herself magnificent in a Dior outfit: her golden nude look on the bust showed the plaques of psoriasis on the body of the supermodel. An act of courage.

Cara Delevingne she has never been afraid to tell the world of fashion, her ideals or even to make declarations about her sexuality: she is a strong woman who has never wanted to abide by certain strict rules of the star-system, such as that of always being perfect. Under the banner of ‘no one is perfect, not even celebrities’, the model and actress has chosen to confirm this motto by seizing the most glamorous occasion of the year in the Big Apple. Not just any event, but the Met Gala organized every year by the director of American Vogue, Anna Wintour. A glamorous and prestigious red carpet that was a unique moment for Cara to spread a beautiful message of empowerment by not hiding the signs of her psoriasis through a magnificent Dior outfit.

The model wore nothing, just two nipple covers and a gold lacquered body painting that covered almost the entire bust. A bold look that left her speechless, even if not everyone noticed the message at first skin positivity that Cara was throwing. After having admired her in her splendor, some red areas of the body could be noticed, mainly at the level of the elbows and arms, not covered by the paint and the cause of her is due to psoriasis.
A chronic disease, which manifests itself cyclically, which the thirty-year-old top had already talked about in the past in her most intense period as a model. Cara’s story about her had highlighted her suffering also due to her insiders who at the time did not want to put make-up on her, considering her almost like a “leper”.

The wounds on the skin and on the soul

Words and attitudes that hurt Delevingne, always under pressure to show herself perfect, a rhythm that she no longer sustained, thus leaving her modeling career in 2015 and dedicating herself to acting. After years of pain, of psychological pressure, Cara has decided not to disguise the red plaques under her makeup, but to show them to the world with a certain naturalness, under the banner of her message: “Love yourself as you are”.

He was also present at the Met Gala that evening Kim Kardashian who in 2019 declared that she suffers from psoriasis and that she has agreed to talk about it to help people suffering from the same disease: Cara and Kim share and want to pass on a message of skin positivity that never before, in a world where only the perfect Instagram filters. But times are changing and let it be stretch marks as in the case of Ashley Graham. 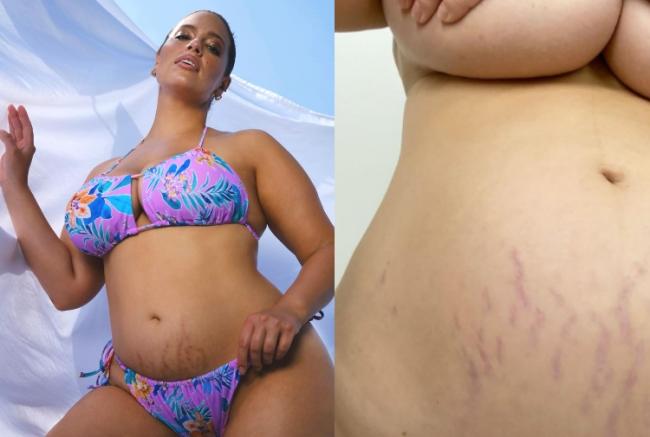 Ashley Graham, plus size model and champion of body positive a shot on Instagram in which she highlights belly stretch marksOr even Kasia Smutniakin’s vitiligo… There are many stars who are “normalizing” by accepting what until recently were considered imperfections.

Stress, trauma, bacterial infections: the immune system rebels and creates the annoying plaques. Psoriasis can be a cause of stress for the patient, especially in the severe and widespread forms. Genetics plays an important role in the predisposition to the disease, but it is not the only condition that favors it. There is an activation of the immune system, with T lymphocytes (subpopulation of white blood cells) responsible for the formation of skin plaques through the production of substances with an inflammatory and proliferative action. Sometimes, bacterial infections, medications, traumatic events, emotional stress, act as triggers. Itching, discomfort in contact with water or clothing, especially on the scalp or in the groin-genital area, are a price to pay. The presence of lesions is cause of embarrassment.

Burning and itching can be counteracted with the use of emollient creams, topical drugs. No increased risk of Covid it has been described in patients with psoriasis receiving biological drugs that affect the immune system. For its treatment there is a wide range of therapies, both for mild, moderate and more demanding forms. Sophisticated drugs are appearing on the horizon, capable of solving even the most complicated situations still pending in the future. Research will make increasingly innovative therapies available, capable of restoring an undamaged skin surface, without residual traces of suffering. “We are talking about a chronically relapsing inflammatory skin disease (that is, which returns periodically, ed) which affects about 2-3% of Italians. It manifests itself with erythematous plaques (red) and white scaly plaques, generally located on the elbows, knees, on the scalp, in the sacral region“, Paolo Gisondi, university dermatologist in Verona, explains to Qn.

David Martin is the lead editor for Spark Chronicles. David has been working as a freelance journalist.
Previous https://gamingbeasts.com/supraland-six-inches-under-free-pc-game-download/
Next Godzilla vs. Kong 2, that’s when the Kaiju will return to the cinema