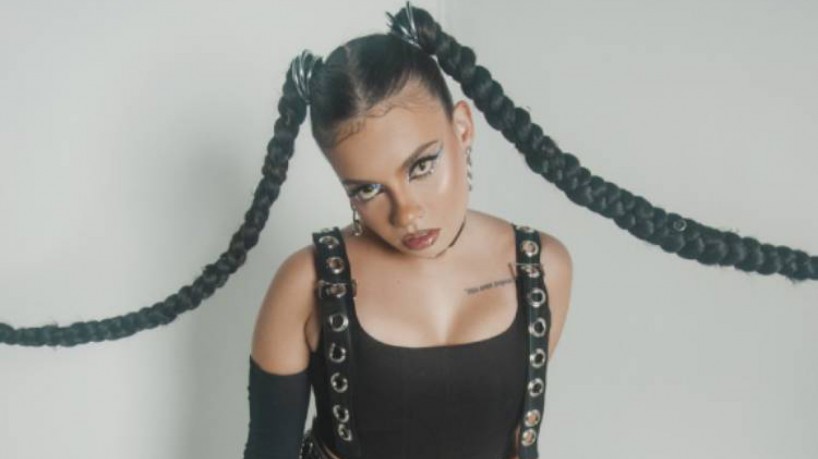 Carolzinha is a Brazilian singer, songwriter and actress. Nationally known as part of the duo Carol & Victoria, which she integrates with her sister, the 22-year-old has been making her presence felt not only on vocals, but also in the composition of famous tracks, such as “Sem Filter”, by IZA, and “Rolê”, by Glória Groove and Carol Biazin. In addition, she has written lyrics for artists such as Day Limns, Rael, Tainá Costa, Tília, among others.

The artist began to have fans in the musical duo with covers of responses to sexist lyricsin addition to the women’s defense flag that remains strong in her speech to this day. Success on social networksCarolzinha has 1 million followers on Instagram, more than 3 million on TikTok and 6 million on Youtube.

The young woman launched, this June, his first solo EP, titled “Cara”. She ventures for the first time into an individual project, which arrives full of personality. The record has a vibe pop and urban, having as references its most listened international artists: Ariana Grande, Doja Cat and Ashnikko. The project also reaffirms the messages of female empowerment and strength.

“I don’t think that even if I tried, I would be able to leave out of my work the whole issue of women’s strength. Sometimes, in random subjects, I end up making a reference to my mother, for example, or my sister, and how much I admire them. I hope people look at it and feel it, feel like I’ve never been more me than I am now, I’m loving this project,” she comments.

Released by Som Livre, “Cara” features four unreleased and authorial tracks produced by the duo hitmaker (responsible for producing hits such as “Combatchy”, by Anitta, Lexa, Luísa Sonsa and MC Rebecca; “Cheguei”, by Ludmilla; and “Sapequinha”, by Lexa) and by Lucas Vaz.

the tracks “She plays”, with Bivolt and Nith, “Number 1”with Taina Costa, “Packing”with Day Limns, and “Face”, with Marcela Veiga are accompanied by video clips that tell the story of a video game and its next stages, full of anime, RPG and k-pop references. The direction of the music video for “Ela Joga”, in turn, is with Ygor de Oliveira, who has already collaborated with Giulia Be, Carol Biazin and Day Limns.

The artist explains, in an interview with Life&Art, that each song has a meaning. In “She Plays”, the message is about women taking control of their lives and playing games beyond the video game. In “Number 1”, there is the question of self knowledge and looking at yourself.

Already in “Packaging” there is a criticism about how people consume art in a superficial way nowadays, without thinking about what is behind the process. “Nobody thinks, for example, ‘what am I consuming?’ or ‘what am I bringing to my head?’ and that should be very important,” she adds.

Carolzinha says that the last song, which is named after the EP, came from a comment she read in a YouTube notification, from a boy who said “They have the millstone face of someone who depends on a man”. The singer comments that, even noticing the evolution in people, the world is still a place where everyone is incessantly looking for something to criticize or judge. “So ‘Cara’ is a compilation of all thisand I never felt so strong to carry this project”, he says.

Asked about the main differences between Carol from the EP “Pr3vias”, released in January this year with her sister and composed of four tracks (“Oh Mãe”, “Eu Tô Gostondo de Um Menino Aí 2.0”, “Última Mensagem” ft Kawe and “Puzzle” ft. MC Chris), and Carol in “Cara”, she says she is experiencing a new way of expressing herself.

“Carozinha from ‘Cara’ lived inside me, but it was as if I didn’t exchange ideas with her and had been wanting to leave for a long time, it was almost an entity. I had a lot to tell and a way of expressing myself that I wanted to get out. It’s really something very different, aesthetically and musically, to what my team and I have been doing. Carol from ‘Pr3vias’ is literally a preview of Carolzinha of now”ends.

The artist, who began her studies in Right and closed the course to live his music, explains that, at first, he was afraid of what was to come. “We grow up hearing that we should do what makes money but, in fact, what makes money is what you do with all your heart, that you strive and become an excellent professional, that companies and places cannot dispense a job with you. I understand today that the earning money is the consequence of showing your potential”, he says.

As a talent that has grown and has been growing with dedication to social networks, Carolzinha brings to light how the application TikTok is able to create a feeling of unity and connection among people in the world.

However, she disagrees with how the art market has been taking advantage of these opportunities. “I feel that the market has produced a lot already thinking about pumping on TikTok, I don’t think this is the formula. I think you have to be authentic, pass on your truth because it is the truth that we can sustain forever, so people will identify with the real message you convey”, he emphasizes.

The Vida&Arte podcast is intended to talk about cultural topics. Content is available on Spotify, Deezer, iTunes, Google Podcasts and Spreaker. Listen to the podcast by clicking here.

Videogames entered his life in the late '80s, at the time of the first meeting with Super Mario Bros, and even today they make it a permanent part, after almost 30 years. Pros and defects: he manages to finish Super Mario Bros in less than 5 minutes but he has never finished Final Fight with a credit ... he's still trying.
Previous Shapeshifters collection features Cristiano Ronaldo with 99 overall and Brazilian striker Marcelo
Next Lionel Messi gathers friends in a mansion to celebrate his 35th birthday; see photos | TV & Famous