To date, according to the Milleproroghe Decree, the cash ceiling is set at 2 thousand euros until 31 December 2022. From 1 January 2023, however, the limit of one thousand euros will be inaugurated for all cash payments. 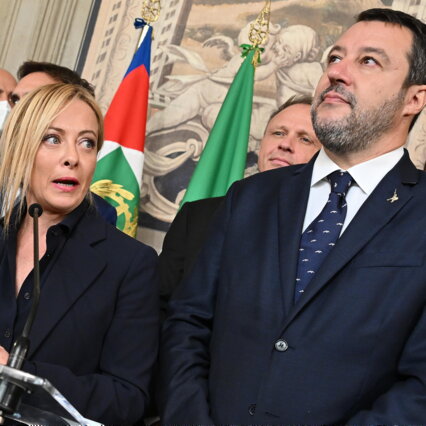 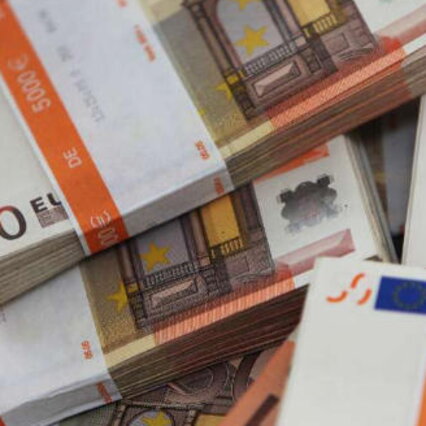 Fdi: “Cash ceiling of 10 thousand euros will be under maneuver” – Giovanbattista Fazzolari, the most listened to advisor of Giorgia Meloni, “locks in” the bill put forward by the League: “The increase to the cash ceiling has always been part of the FdI program, of the center-right, we will do it already in the first law of balance”. According to Fazzolari, who is considered a candidate as new undersecretary for the implementation of the Program, the increase in the cash ceiling “has no connection with the fight against tax evasion. There is a fiscal truce as foreseen in the program. Who paid taxes in the time and manner will pay less and less than those who have not done so “.

Meloni: “We will put a hand to the cash ceiling, penalize the poor” – “I confirm that we will put our hands on the cash ceiling” which, among other things, “penalizes the poorest”, as also emerges from the calls “to the left by the ECB”. Thus the Prime Minister Giorgia Meloni in reply after the discussion on trust in the Senate, also underlining that on the one hand “it risks not favoring our competitiveness” given that countries like Austria or Germany do not have it.

EU: “A low limit is better for us” – Valdis Dombrovskis, Executive Vice-President of the European Commission, also spoke on the proposal. “Member States are free to decide for themselves” on the cash limit, “ranging from € 500 in Greece to amounts exceeding € 10,000 in some Member States, but it is clear that as the Commission we would prefer the lowest possible ceilings”, he said. said during the press conference to present the measures on instant payments, answering a question about the objectives of the new Italian government.

Conte: “This is a favor to the shoulders” – Giuseppe Conte, speaking at the Salone della Giustizia, highlighted the risk of the increase in the cash ceiling. “I ask young people above all: to your knowledge is there someone who runs with 10 thousand euros in cash? And if so, is it an honest person or a person who is linked to the underworld. who go beyond the Alps to take our money into coffers “said the leader of the M5s. “Unfortunately, at the request of Meloni and Salvini, Draghi has abolished cashback, now they complete the reform. Let’s go back to the bribes, to the briefcases with black cash inside. in fact an amnesty. They are saying to the citizens: dear honest people, you are fools, let’s reward the smart ones “. Then on Facebook, the former premier added: “A Bank of Italy study certifies that raising the cash ceiling helps tax evasion. We will strongly oppose this measure. We do not want to favor malfeasance and corruption. We are concerned instead of helping businesses. , workers and families who don’t know how to pay their next bill “. The study cited by Conte is the Pecunia olet paper. Use of cash and underground economy, signed by three researchers from Palazzo Koch, and is related to the effects of the increase in the cash ceiling at the time of Matteo Renzi’s government when, starting from 2016, the limit was raised to 3 thousand euros: that measure “increased the share of the illegal economy by 0.5 percentage points”.

Pd: “Recycling is also encouraged” – The Pd also attacks the government, with the economic manager Antonio Misiani stressing that the proposal is “in total contradiction with what has been decided in recent years in Italy and in most European countries to progressively reduce the use of cash and push traceability of payments and the fight against the underground economy. Meloni in her programmatic statements mentioned the fight against tax evasion among the objectives of the new government. Italy risks going in the exact opposite direction “. Franco Mirabelli, deputy leader of the Democratic Party in the Senate, underlines instead that the initiative “if carried out, would make it more difficult to control the flow of money and would favor, in addition to evasion, money laundering”. Against the measure of the government also the deputies of the Green and Left Alliance, Eleonora Evi and Angelo Bonelli, defining it “a real gift to the mafias, which stimulates the laundering of dirty money, completely incomprehensible. Raise the cash ceiling from 1000 at 10 thousand euros it would make it impossible to control the flow of money and would only encourage evasion “.

Videogames entered his life in the late '80s, at the time of the first meeting with Super Mario Bros, and even today they make it a permanent part, after almost 30 years. Pros and defects: he manages to finish Super Mario Bros in less than 5 minutes but he has never finished Final Fight with a credit ... he's still trying.
Previous “Go back in your condition”
Next ‘I’m pushing hard to do it’