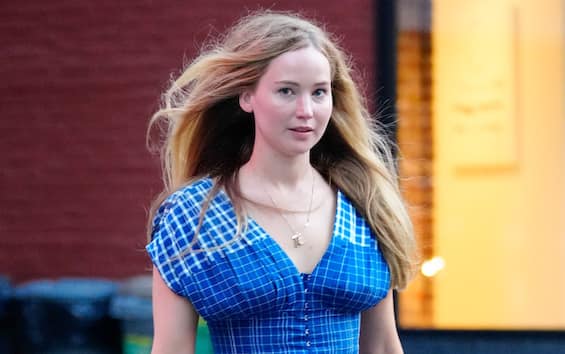 Causeway is coming, the new film with Jennifer Lawrence

Two years after the end of filming on Causeway, Apple Original Film is ready to release the film in streaming and in theaters

For reasons that are not entirely clear, the drama Causeways with Jennifer Lawrence it had fallen by the wayside after filming wrapped. It seemed that no one was interested in buying the film made by the A24 production house, known on the film market for being one of the most innovative, until Apple Original Film he did not decide to make the product his own. It would have been a shame that Jennifer Lawrence’s latest work effort hadn’t seen the light of day. Furthermore, from what has been learned, the Cupertino colossus has not bought the film only for its Apple TV + platform but it is also expected that the production will also make a cinematic transition, even if the outlines of the operation and the possible release dates, neither in streaming nor in theaters. Even if among the experts there seems to be a hypothesis that could make all the fans of the actress happy.

Causeway, the plot of the film

Unfortunately, there is still not much information about Causeways and also on the plot there is no certain information. What is known is that Jennifer Lawrence is a soldier who, due to a post-traumatic disorder, has great difficulty returning to a regular daily lifestyle. In the role of co-star of Causeways alongside Jennifer Lawrence we find the actor Brian Tyree Henry, who made himself known to the public thanks to an extraordinary performance in Atlanta. Causeways was shot mainly in the city of New Orleans, where the events of the protagonist are set.

The mystery behind the stop of Causeways

Don’t Look Up, Jennifer Lawrence from the beginning to the Netflix film. VIDEO

Little else is known about this film, which was shot two years ago and which seemed destined for oblivion. The fans of the actress themselves almost completely removed this work of their darling. Two years later, all hopes of being able to see the film shot by were almost lost Lila Neugebauer. For the director, Causeways represents the debut on the cinematic scene after a long, prolific and exciting career as a theater director.

The release date of Causeways

Vanity Fair, Jennifer Lawrence conquers the cover of the magazine

As mentioned above, although there is still no set date for the release of the film in theaters and on the Apple TV + streaming platform, it seems that the film could arrive as early as end of year. It is not excluded that different solutions are chosen in the various countries, including Italy and that, therefore, not everywhere the film is released both on the platform and in the cinema. In the coming weeks there may be more details regarding the release of Causeways.

Disputes on the set of Causeways

During the making of the film, filming was interrupted for five weeks due to the departure from the set of a longtime collaborator of the A24 production company. The man was fired because of “inappropriate behavior” on the set.

David Martin is the lead editor for Spark Chronicles. David has been working as a freelance journalist.
Previous 10 things you may not know about Julia Roberts
Next Everything we know about the Barbie movie, with Margot Robbie and Ryan Gosling