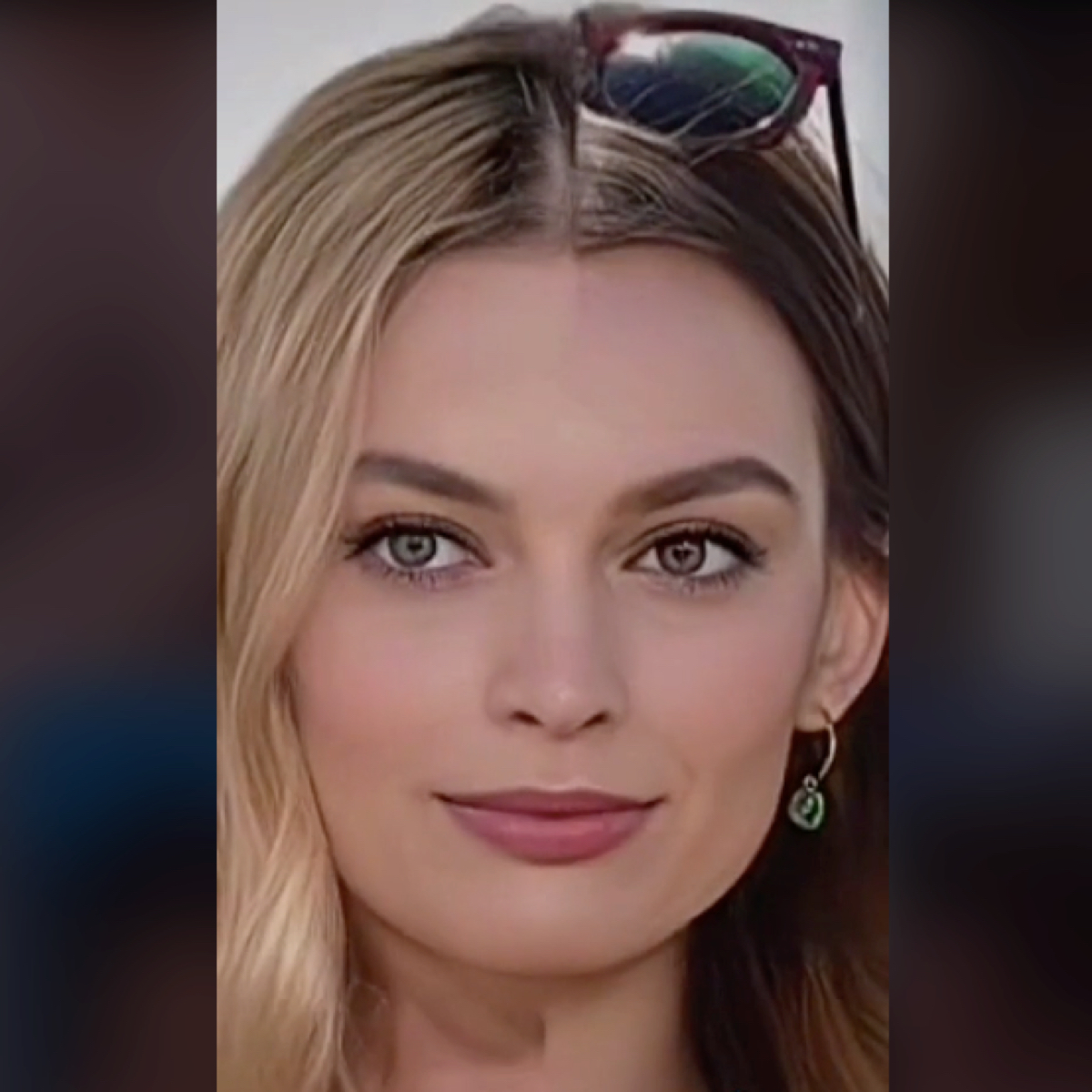 Twins? No, but we are close. Call them “separated at birth” because there are cases in which some stars are doubles of other characters of the entertainment world. At least as far as the beauty look is concerned. On TikTok video montages are depopulated in which famous clones are combined with each other. From Margot Robbie and Emma Mackeyto Victoria Justice and Nina Dobrev. And then Timothée Chalamet and Natalia Dyer, just to name a few. What do they have in common? They are practically identical: from the oval of the face to the shape of the eyebrows, without forgetting the cut of the eyes and that of the mouth and, of course, the make-up. Sometimes, in fact, eyes of the same color determine almost identical choices in terms of beauty look, as well as the same fold or the same balayage. Mother nature seems to have really enjoyed distributing identical traits among the stars. And we also enjoyed finding the most striking cases.

The photo you see above is the result of a photomontage published in a video shared on TikTok. On the left there is half the face of Margot Robbie, on the right that of Emma Mackey: it is impossible not to notice the similarity between the actresses. Both have, in fact, a square face with a pronounced jaw, but also the same cut of the eyes and the same heart-shaped mouth. Even the shape of the eyebrows is identical: arched and with a slight seagull-wing effect. The star of Sex Educationthen, has in common with the actress that we will see in Barbie also the sober and delicate nude make-up based on mascara and peach gloss.

In the same video you can see the incredible resemblance also between actor Will Ferrell and Chad Smith, drummer of the Red Hot Chili Peppers. Oval face and thin lips are just as they are, but the little beard is the icing on the cake of an undeniable similarity. The only differences? The nose, more pointed in the case of Will Ferrell, who also has smaller, sunken eyes. The list then continues with Ian Somerhalder and Chris Pine. Same blue eyes, complementary features, beard and the most evident of the characteristics they share: charm to sell.

Such and such as Victoria Justice and Nina Dobrev

In this video, however, the incredible resemblance between Victoria Justice and Nina Dobrev stands out. Same long brown hair, dark eyes highlighted with eyliner and mascara, pronounced cheekbones and the same brow bone. And, then, the olive complexion and the typical brown beauty: everything about them tells of the great similarity that binds them. The star of The Vampire Diares it really is the alter ego of the American actress. Not only in terms of aesthetics, but also in terms of make-up. Seeing is believing.

The incredible similarity between Thimothée Chalamet and Natalia Dyer

In the list of beauty look twin celebs, then, they cannot be missing Timothée Chalamet and Natalia Dyer, now an obsession with TikTok. The result? Definitely hilarious. Because the two actors have so much in common. Starting from eyes, of the same shade of blue. And then the eyebrows, brought with the same, identical slightly arched shape. What is surprising, then, is above all the chin: both, in fact, have an angular face with an elongated and pronounced chin. Look at them juxtaposed in this photo: don’t you find it hard to recognize who is who?

Obviously, their faces are valued in the same way. The blue eyes, in fact, stand out thanks to warm and orange colorslips defined in a particular way on Cupid’s bow. 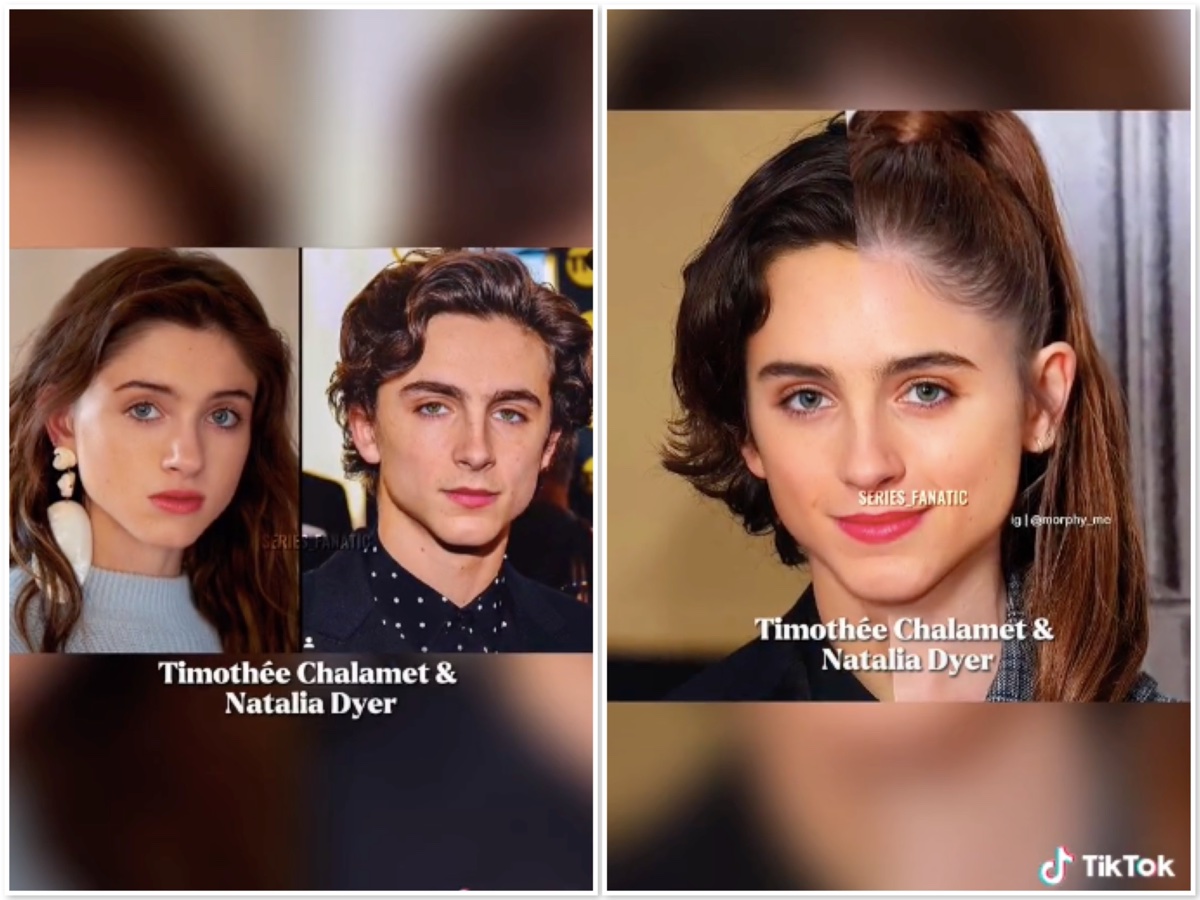 There are so many videos of twin celebs on TikTok. Among the most beautiful photomontages there is also the one concerning Leonardo Di Caprio and Harry Styles. The Hollywood star is compared, in his youth version, to the singer-actor and partner of Olivia Wilde. The result? Amazing. Both with the long hair, identical light eyes, same nose and same smile.

And then there is her, Natalie Portman. Her beauty twin? Needless to say, Keira Knightley. Watch the video and observe them in profile until you get to the final photomontage. It is undeniable that the two movie stars have a lot in common: dark hair and eyes with diaphanous skin, same angelic charm, same delicate and very sweet features. The soap and water make-up is a constant in the beauty look of both and, when they dare, they do it in the same way: smokey eyes and nude lips for two.

Discover the celebs in the gallery who, on the other hand, look like royalty.

David Martin is the lead editor for Spark Chronicles. David has been working as a freelance journalist.
Previous Why Tite wanted Brazil vs Argentina in Itaquera to be canceled | Scoreboard
Next Colpo Cremonese: OFFICIAL Dessers, top scorer of the last Conference League | Market