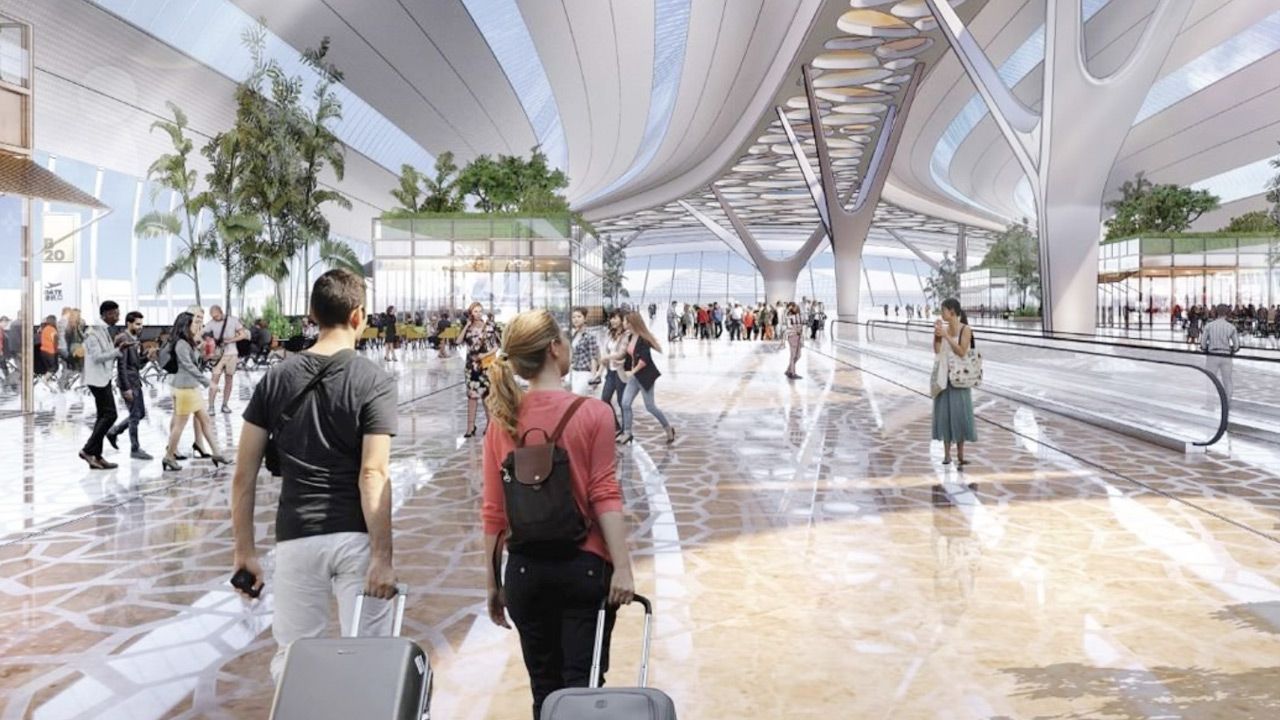 Central Communication Port. Horała: Before the end of the year we will present a detailed layout

Before the end of the year, we will present a detailed layout of the CPK airport, indicating where the runways and terminals will be, said Marcin Horała, deputy minister of infrastructure, government plenipotentiary for the Central Communication Port (CPK), on Wednesday in PR1.

Horała about CPK: In 2027, the train journey from Warsaw to Łódź will take 45 minutes

The government’s plenipotentiary for the CPK, Marcin Horała, said that in 2027 a train journey from Warsaw to Łódź would take 45 minutes. Guest of Program 1 …

The plenipotentiary was asked on Wednesday on the radio of Jedynka for progress in the construction of the Central Communication Port.

In response, he recalled that a few weeks ago an agreement was signed with the contractor of the airport master plan, i.e. the general plan, required by the aviation law, and “The entire business case around the airport”.

– The nature inventories required by law are coming to an end (…), so before the end of the year we will be able to show exactly how the locations will be located, not only in the colloquial sense that there will be an airport here, but also precise planning that at this point there will be there will be a strip, there will be a terminal with which we will go for an environmental decision – he said.

He added that also in December, a visit by the Korean Minister of Transport i the signing of contracts constituting the next stage of cooperation between the STH and the Korean Incheon airport, i.e. the strategic partner of STH.

Horała also described the progress in the construction of railway lines related to the CPK project. He pointed out that on Tuesday a contract was signed for the development of a construction design for a 4-kilometer long-distance tunnel for High Speed ​​Railways near Łódź.

Germans concerned about the construction of the CPK. “Poles will take over most of the air traffic”

– We already have over 1000 km of lines in the preparatory works, that is the development of a technical and environmental study. We have completed the framework tender for the remaining ones, so we still have about 800 km left and at the beginning of next year these contracts will be successively signed – he said. He also exchanged a large tender for PLN 6 billion for the design of subsequent sections, for which EU funds were obtained.

Marcin Horała also informed that an innovative partnership project will soon begin, which will allow Polish manufacturers to develop the capacity to build high-speed railways. As he said, the point is that in 2027-2028, when these connections are launched, the order for the trains could be fulfilled by Polish plants, because now high-speed railways are not produced in Poland.

– It will be a very large order for over 100 warehouses, so it may then be the largest or the second largest in the world after Chinese orders (…), which will ensure profitability for the production of these technical capabilities, production capacity, and that Polish producers will later they could also offer high-speed trains in other countries, ‘he said.

Horała said that the completion of the first high-speed rail sections is scheduled for 2027, but the timetable is “extremely ambitious” and delays are possible.

The variety offered by video games never ceases to amaze him. He loves OutRun's drifting as well as the contemplative walks of Dear Esther. Immersing himself in other worlds is an incomparable feeling for him: he understood it by playing for the first time in Shenmue.
Previous Crisis on the border with Belarus. Minister Błaszczak comments
Next City – PSG. Sergio Ramos, even if he doesn’t play, it helps