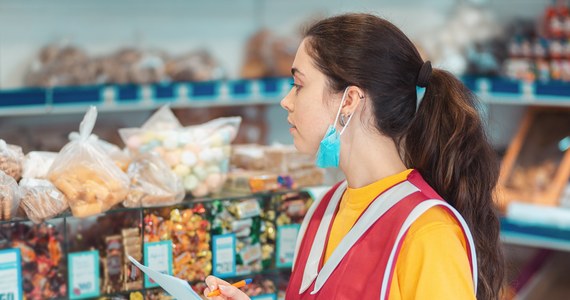 Changes to the Sunday trading ban. There is a draft regulation

The draft indicates that the records will be kept separately for each retail outlet. Entries in the records are to be made “in a way that reflects the actual state of affairs” not later than by the 20th day of each month for the previous month. The records are to be kept in chronological order in paper or electronic form. In the first case, it is to be additionally petted and numbered.

The draft regulation provides that entries in paper records are to be made “permanently and clearly”. In the event of a correction in the records kept in paper form, store owners will be required to indicate the date of such correction. Changes are to be made “in such a way that the original content remains legible”.

Watch the latest promotions and plan your shopping with ding.pl

Electronic records it is to be kept “in a way that allows viewing the content of entries and its printing in chronological order, together with corrections and dates of their making”. It should also be stored “on an IT data carrier, in a manner ensuring protection of entries against destruction, distortion and loss”. The Ministry has also prepared a template of the records (it can be found in the annex to the draft regulation).

Entries in the records should be made on the basis of the value of sales, both recorded using cash registers and in the case of sales not recorded in this way, in accordance with the exemptions provided for in the VAT Act.

Regarding sale recorded at the checkout, entries in the records should be made on the basis of data resulting from daily or monthly fiscal reports, adjusted by amounts affecting the amount of sales revenues, including corrections resulting from returns and accepted complaints included in a separate record.

However, in the field of sales not recorded at the cash register, entries in the records should be made on the basis of:
– invoices, VAT RR invoices, bills and customs documents, hereinafter referred to as “invoices”, issued in accordance with separate regulations, if the sale is documented by invoices or
– a daily statement of invoices, or
– internal ID issued at the end of the day – in the case of sale without issuing an invoice.

The obligation to keep records will apply to all entities wishing to use the exceptions to the Sunday trading ban provided for in the Act in Art. 6 sec. 1 point 2, 5-7 and 28-30.

The draft regulation has been submitted to public consultations. The Ministry of Finance is waiting for comments until January 18.

Click here to see the draft regulation on the website of the Government Legislation Center, as well as the model of records included in the appendix.

“Events”: Problems with the implementation of the Polish Deal
Polsat News

The variety offered by video games never ceases to amaze him. He loves OutRun's drifting as well as the contemplative walks of Dear Esther. Immersing himself in other worlds is an incomparable feeling for him: he understood it by playing for the first time in Shenmue.
Previous New Humble Choice offer – all games for $ 12
Next Marcelo rival of the Polish representative ?! Efforts for a surprising transfer