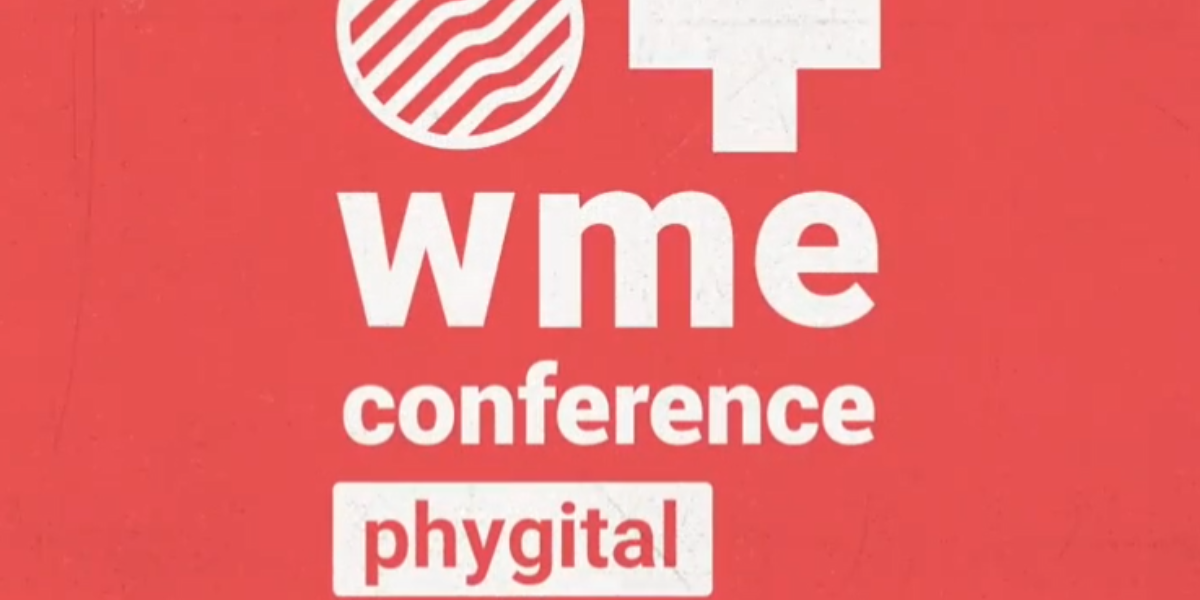 Check out a summary of what happened at the WME Conference

The sixth edition of WME Conferenceand brought together, in São Paulo, artists, professionals and enthusiasts to talk about the music industry. With a focus on female protagonism, the event brought more than 40 hours of content divided into different formats with in-person and broadcast online. The Mercadizar team was present and shared some lectures in real time through the stories on Instagram. Now, we share highlights and reflections on the content we follow.

The first day of the face-to-face event was on Thursday, the 16th, with an opening party at dance house Heavy House. Claudia Assef and Monique Dardenne, co-founders of WME, participated in a chat to introduce the event that marked the official opening of the program. Then there was the panel “Women’s collectives that are creating new opportunities in the market for women”, mediated by Claudia and with DJ Donna, from the collective As Mina Risca, Rafa Jazz, from Cremosa Vinil, and Carlu, from Uh! Sisters TV.

“We decided to get together and think about how we organize ourselves to disturb, to create an affirmative action, to show that we are here and that we are not going to continue on the sidelines of this scene”, explained Carlu, from UH! Sisters TV.

On Friday, the 17th, the panels, workshops and masterclasses, which lasted until Saturday, 18th, at the Mário de Andrade Library, which hosted the event for the first time. Check out the highlights:

The first panel we gave was “The power of the pen: songwriters gain strength with their own compositions and for other artists”, with Tulipa Ruiz, Alzira, Day Limns and Stefanie. The singer-songwriters, women who sing and compose, talked about inspirations and possibilities in composition and emphasize the urgency of equality in female revenue.

“According to a UBC survey that came out last year, in 2021, of the total collection, 9% is from female participation. That’s very little,” said Tulipa Ruiz.

Then, we listened to the panel “Male hegemony in backing bands; Is there a path to gender equality on stage?”, with Claudia Assef, Lana Ferreira, Carol Navarro and Larissa Luz. Amid the urgency of eliminating the structural machismo present on stage, they also highlighted the need for greater connection between women artists. There were even comments from the audience about the lack of mutual support and female rivalry.

A common point between this and the panel “Big festivals, venues, electronic music: stay on top of the immersive experiences that came with everything in this return to face-to-face events” was the need to line-ups with gender equality. On the one hand, festivals justify it with numbers and sales, stating that there is still a greater search for male cis artists. However, at this year’s Lollapalooza festival, the record breaking of tickets and attendance was on the day led by American singer Miley Cyrus. Furthermore, this equity needs to come from within as well: more women in leadership positions and more women hiring.

By the way, aiming to be a bank for women in the music industry, WME also has an app, WME Professionals, available for iOS and Android. Women from any area of ​​music and any state can register, fill out their profile and update with contacts and social networks.

At master class “Music + Influence? decoding real cases”, taught by Rafaela Lotto, from YouPix, one of the big topics was TikTok. Rafaela put the app as the new generation MTV, as it has become the new tool for discovering new music and artists, according to Agência de Bolso. However, Rafaela also mentioned that not everything is flowers.

“What seems democratic, because in theory anyone can reach a lot of people with music, has become pressure from the industry, because either you go viral on TikTok or you no longer exist,” explained Rafa Lotto.

Our day 17 ended with “Q&A with Teresa Cristina”, mediated by Claudia Assef, in which Teresa reinforced the feeling and importance of singing in Portuguese:

“As much as I like to sing songs in another language, speaking Portuguese is a liberating act. It’s speaking your mind, you native.”

Saturday, the 18th, began with the panel “Selo Egual Presents: The role of contemporary music curation as a translator of socio-cultural transformations”, with Assucena Assucena, Michelly Mury, from Casa Natura Musical, Karen Cunha and Fabiana Batistela, from Sim São Paul. The panel stood out for raising the importance of deconstruction, active listening and curiosity and for highlighting the curator’s responsibility to highlight new opportunities. Also, as a note from the team, we hope that festivals and event organizers increasingly turn their eyes to other regions outside the RJ-SP axis and see the talents present in the North of the country.

“The point is not you take a thousand line-ups all the same and the excuse is ‘I need to sell tickets’. So you don’t play the role of curator, you just reproduce a formula that has already worked. And if everyone keeps reproducing forever, we’re going to go back to square one very quickly,” said Karen Cunha.

Next, “Mynd Presents: The Power of Artists’ Influence Beyond Music (Politics, Health, Sexuality, lifestyle)” with Letticia Munniz, Titi Muller, Jessi Alves and Malu Barbosa. The panel asked who and what it is to be an influencer.

“When they put me in this role of influencer I start to reflect on who I was before the show (BBB), which is who I continue to be after. I’m a teacher, and I think the teacher is one of the biggest influencers out there. So I was already an influencer long before they put me on that label”, said Jessi Alves.

In addition to public figures, digital influencers and artists are people with opinions that should be taken into account by the brands that hire them. However, as informed by Malu, from Mynd, brands refuse to hire artists for their positions considered controversial. But, after all, what exactly is being controversial?

“Controversy is what is happening now, journalists are disappearing in the Amazon, this is what this genocidal government does. That is indeed controversial. Talking openly about issues is not controversial,” said Titi Muller.

“We are here today because we exist and resist. Because if I hadn’t put my voice in my music, I wouldn’t be here now in this library named after a colonizer to be saying that we are alive and that we are structuring our lives no longer with colonial structures, but with original structures.”

Closing Saturday, we heard a sincere conversation between Karoline and Carolina, “Back do back com Karol Conka x MC Carol: a chat about mental health and career”, mediated by Didi Couto. Between funny stories and the pain of two black women, we understand that the lyrics and postures on stage are armor to face their wounds and machismo in the music scene.

“You, woman, to walk at dawn, you have to send a message that goes up, and I took this character to music”, said MC Carol.

To close this meeting of great women, the closing of the sixth edition of the WME took place on Sunday, 19, at Casa Natura Musical with concerts by Kae Guajajara, MC Carol and Karol Conká.

You can also check out a complete video summary on the Mercadizar profile on Instagram.

Videogames entered his life in the late '80s, at the time of the first meeting with Super Mario Bros, and even today they make it a permanent part, after almost 30 years. Pros and defects: he manages to finish Super Mario Bros in less than 5 minutes but he has never finished Final Fight with a credit ... he's still trying.
Previous The official trailer of the second season introduces a new social experiment
Next Pride Month: LGBTQ + milestones in the history of design