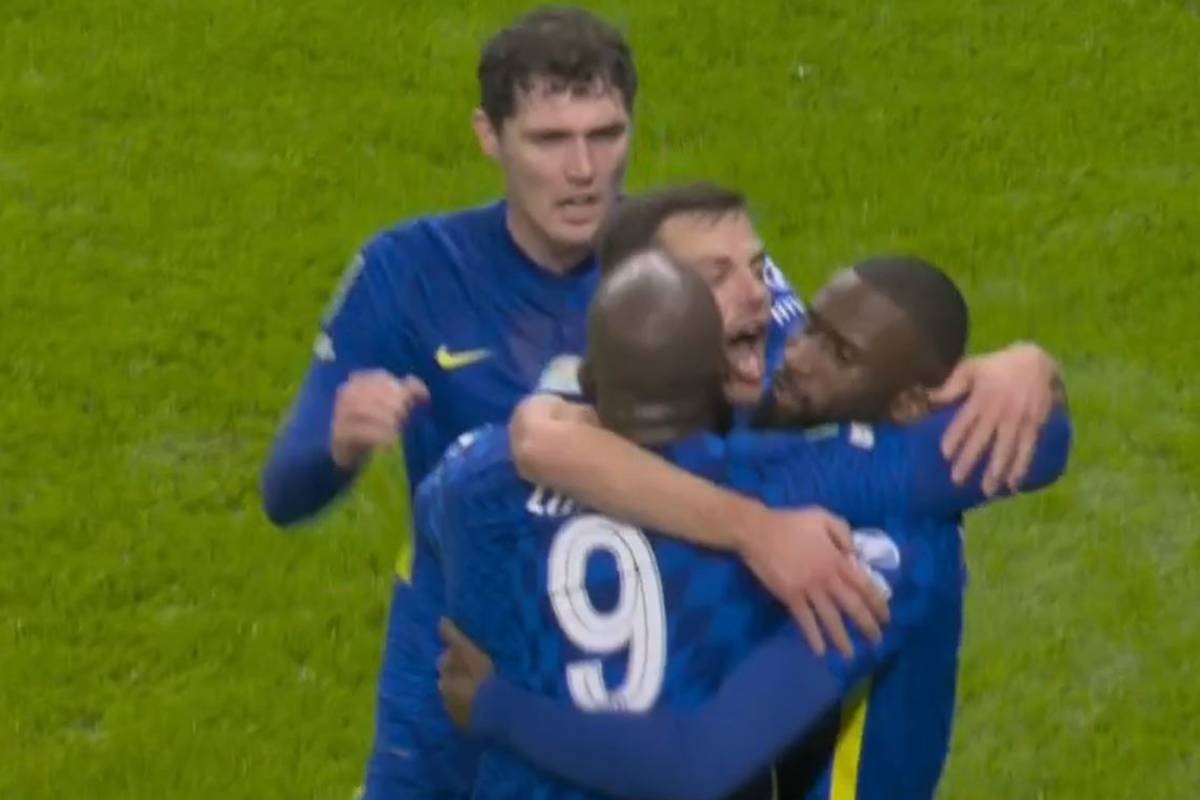 Chelsea in the English League Cup final! Tottenham without goals and luck to VAR

In the second leg of the English League Cup semi-final, Chelsea defeated Tottenham 1-0 (1-0). Thus, “The Blues” advanced to the finals of the tournament.

The guests who won the first match 2-0 entered the game better. In the 11th minute they should take the lead – Romelu Lukaku found himself alone with Pierluigi Gollini, but he did not manage to surprise the Italian, who showed a great intervention. In the 16th minute, in turn, Giovanni Lo Celso saved Spurs with a sacrificial intervention after a hit by Malang Sarr.

“The Blues” achieved their goal in the 18th minute. After a corner kick, Antonio Ruediger took advantage of Gollini and Japhet Tanganga’s bad stance to put Chelsea ahead 1-0.

After a while, Thomas Tuchel’s players could increase the result, but this time goalkeeper Spurs defended Callum Hudson-Odoi’s shot. In response, Tottenham players had a chance, but Kepy was not surprised by Hojbjerg, Davinson, or Harry Kane.

In the 41st minute the referee gave Tottenham a penalty after Ruediger’s foul. VAR analysis showed, however, that the German missed the “16” line. For the break, both teams came down with a score of 0: 1.

In the second installment, “Koguty” still could not break through a solid defense of Chelsea. We had a replay of the entertainment: the referee gave Tottenham a penalty, but backed out of this decision after seeing the situation on the monitor.

It was not the end of the confusion with video verification in the lead role. In the 64th minute the hosts finally made their mark, Harry Kane hit the net, but VAR intervened again, showing … offside.

The incident toned down the Spurs’ eagerness. By the end of the match, the result did not change. Chelsea won 1-0 and advanced to the final of the tournament.

We will know the second finalist of the English League Cup next week. Liverpool’s tie against Arsenal doesn’t start until next Thursday.

David Martin is the lead editor for Spark Chronicles. David has been working as a freelance journalist.
Previous PGNiG speculates on gas prices? The company is responding to the allegations of Radosław Sikorski
Next Polish Order. There will be compensations for those working on a mandate contract

After an interesting, five-set battle, the team of Jastrzębski Węgiel defeated PGE Skra Bełchatów away …