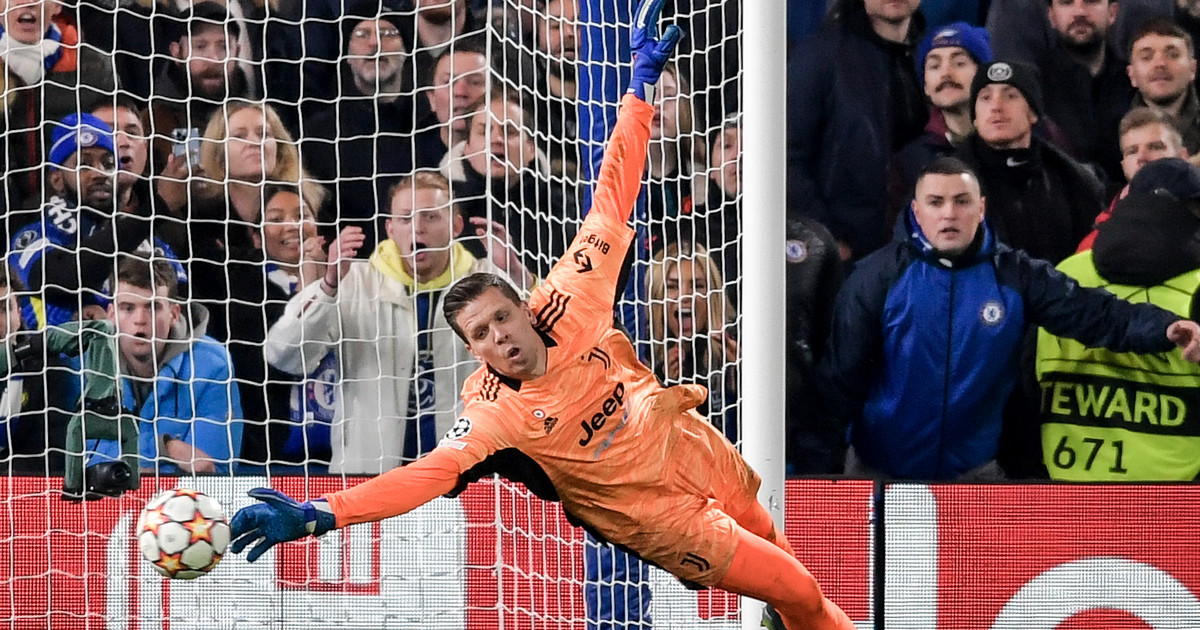 Chelsea – Juventus. Szczęsny did not save the team, Juve were smashed. UEFA Champions League

After four streaks of the Champions League group stage, Juventus was already secured to the knockout stage. Massimiliano Allegri, however, did not think about any letting go and sent the best squad to the battle, with Wojciech Szczęsny in the goal. Chelsea’s situation was just as comfortable, because she already had six points advantage over the third Zenit. Only a catastrophe would prevent The Blues from leaving the group. That is why Thomas Tuchel decided to save, among others, Romelu Lukaku and put him on the bench.

Chelsea players entered the game better from the first whistle. They held the ball more often and controlled the game. Wojciech Szczęsny did not have an easy start, he had to be constantly ready.

As in the 24th minute, when Reece James tried to surprise him with a clever shot from a distance. The Pole, however, reacted quickly and was not surprised. A minute later, however, Szczęsny capitulated. After a corner cross, the ball fell at the feet of Trevoh Chalobah, he did not think for a long time, he hit hard with 7 m and defeated the Polish goalkeeper, who in this situation had nothing to say.

Juventus was extremely close to equalizing on the 28th minute. Alvaro Morata hit over Edouard Mendy, the ball was already going into the goal, but at the last moment Thiago Silva brilliantly intervened and prevented Celsea from conceding a goal. At the end of the first half, James tried to surprise Szczęsny again, but the Pole again noted a good intervention on his side. London fans watched a very interesting game.

After the break, Chelsea’s pressure did not diminish, and the hosts scored a second goal, and Reece James this time had his own. He took the ball in Juventus’ penalty area and gave his team a boost in the lead with a powerful blow on a “long” corner.

Chelsea was literally playing with football and in the 58th minute it was already 3-0. The hosts “patted” the defense of Juventus and Callum Hudson-Odoi from close range defeated Szczęsny, who again had nothing to say.

Juventus was already on the shoulder blades and gave the impression of a team just waiting for the final whistle. Chelsea, on the other hand, attacked. Ziyech stood face to face with Szczęsny, and the Pole again showed his great reflexes and saved the Old Lady.

In the last action of the match, Timo Werner caught the ball from the side of the field and threw the ball into the net with 2 meters. The German thus determined the result of the match.

Despite the defeat and allowing four goals, it was the Polish goalkeeper who was the best Juventus player in the match against The Blues. The Pole doubled and tripled in the goal, saved many difficult shots and was the only one who could leave the field with his head held high.

In another game of this group, Malmo drew 1-1 with Zenit Saint Petersburg. Such results mean that both Chelsea and Juventus are already sure to advance to the 1/8 finals of the Champions League.

David Martin is the lead editor for Spark Chronicles. David has been working as a freelance journalist.
Previous Men of War 2 will offer better AI and graphics – the game has been revealed
Next Meeting of the Visegrad Group on Belarus. Morawiecki on the Lukashenka regime