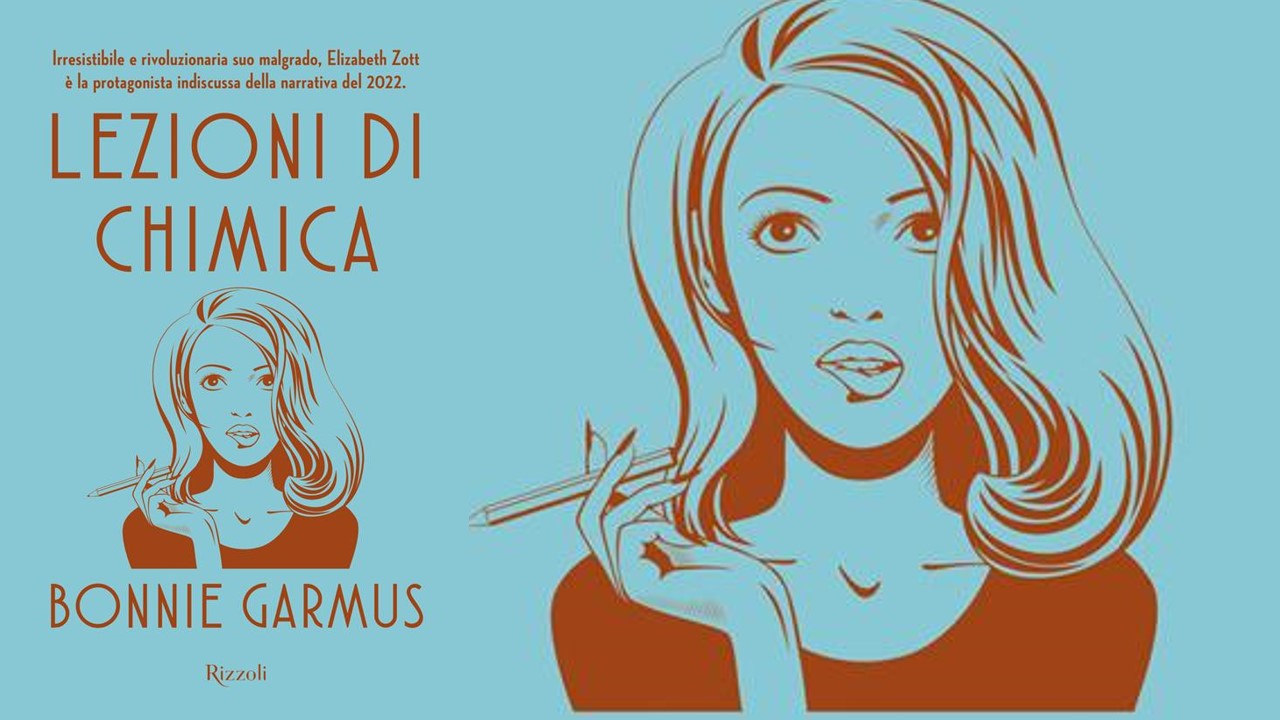 Who knows why the reviews for Chemistry lessons that have already appeared on this site have been a bit terse. For once – we careless and somewhat superficial readers who never do it – let’s start from the end and take a look at the acknowledgments of the concluding pages of this beautiful book. Bonnie Garmus, after arguing that “writing is an individual enterprise”, thanks more than 80 people (well counted, right?) who in various capacities contributed to the drafting of her ‘first work’ and confesses, with a sincerity from others unexplored, that “to get a book on store shelves you need an army”.

We also know that Chemistry lessons, released in the spring of this 2022, was published in 34 countries (at the same time, apperò!), in Italy by Rizzoli; not only that, a TV series produced and interpreted by Brie Larson, the Oscar-winning actress of Captain Marvel who the Times has included among the 100 most influential people of our land, has already been optioned, which will arrive on Apple TV+ in 2023 (so soon? What promptness!): in short, an intercontinental masterpiece by a self-made woman writer.

Where is the scandal? Didn’t you really realize that this is how the world works?

There is no scandal, actually. As in other industrial sectors of our time, such as cinema, even a well thought-out literary product, with all the noblest values ​​(to rediscover, to tell) well studied and in the right place, more adequately satisfies our expectations of a better universe (as opposed to the one in which we have to live every day!), where sooner or later things fall into place, the bad guys suffer their deserved punishment and good triumphs over evil.

An illusion, a fascinating territory in which to get lost, a daydream, a hope: isn’t that what we are looking for by immersing ourselves in the sinuous labyrinth of a book?

Chemistry lessons gives us all these things and it’s sad to get to the final pages and have to leave the beautiful incorruptible Elizabeth Zott, the clever little Madeline (how I wish my son looked like her … or maybe not!) and the wise big dog Seiemezza: ah, if had it not been for all those thanks to interrupt our fantasies, to return to questioning us and to come to terms with reality!

PS: by the way, what is abiogenesis to which Elizabeth dedicates her life? In biology, it is “the spontaneous generation of living organisms in the primordial conditions of the terrestrial planet, starting from rather simple inorganic and organic compounds” (Treccani Encyclopedia), in essence: the origin of life.

David Martin is the lead editor for Spark Chronicles. David has been working as a freelance journalist.
Previous The best horror movies of 2022
Next All Sony and Playstation appointments at Milan Games Week 2022