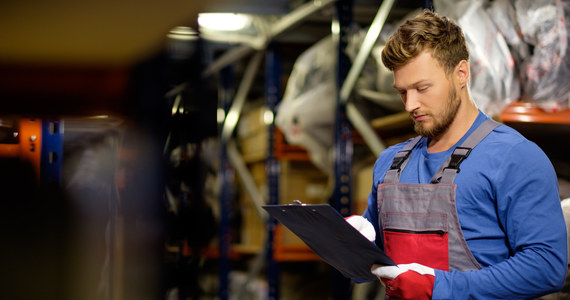 China is limiting magnesium production, the automotive industry is suffering

Magnesium is an essential component of aluminum alloys, which are one of the basic materials used in the production of engines, transmissions, steering systems and many other components.

China, which has so far provided nearly 90 percent. the world’s supply of this metal suddenly cut back on production. Most of the smelters are located in the city of Yulin. Local authorities decided to close 35 out of 50 of these plants by the end of the year, and ordered the rest to cut production in half. The reason is the energy crisis – magnesium smelting is extremely energy-consuming.

Metal is also very difficult to store because it oxidizes quickly. If China does not increase production quickly, gas stocks will drop to dramatically low levels. WV Metalle, the German non-ferrous metals trade association, estimated that magnesium reserves in Germany and throughout Europe will be exhausted within a few weeks. Concerns have been raised that, due to the reduced magnesium production, China will reduce its exports to dramatically low levels, satisfying the needs of its own industry in the first place.

– Magnesium is irreplaceable and the automotive industry could face a catastrophic situation. Light alloys are used in many Polish factories. The lack of this raw material could therefore lead to downtime, which would result in a whole avalanche of consequences, such as problems for cooperators – says Tomasz Bęben, managing director of SDCM.

Magnesium shortages translated directly into an increase in its prices. Magnesium imported to Europe has increased by 75% in recent weeks, reaching a record level – over 9 thousand. hole. per ton.

European Aluminum, an association of European producers, asked the European Union and national governments to start urgent talks with the Chinese side. American automotive companies can feel much safer. The United States has kept its own production, although it is still not sufficient to fully meet the needs of American industry.

– Undoubtedly, the economic policy of the EU requires the adoption of new solutions. Successive supply crises – first in steel, then in semiconductors, and now in magnesium, clearly show that the European industry requires strategic production in EU countries, says Tomasz Bęben. – It is worth recalling that magnesium was produced in Europe, but its producers could not withstand the price competition. Today we can see clearly that the current policy in this area has been short-sighted – he adds.

There are signs that China’s magnesium production is increasing again. For example, production in Shaanxi Province has risen to 70 percent. the level of the first half of the year. However, most vehicle makers and manufacturers are primarily concerned about the first quarter of 2022. It is uncertain whether the problems will not return.

Biofuels will be the future of sustainable aviation. However, investments in the development of this technology are needed
Innovations newsletter

The variety offered by video games never ceases to amaze him. He loves OutRun's drifting as well as the contemplative walks of Dear Esther. Immersing himself in other worlds is an incomparable feeling for him: he understood it by playing for the first time in Shenmue.
Previous Microsoft surprises – gamers receive great gifts to celebrate the 20th anniversary of Xbox • Eurogamer.pl
Next Riuler de Oliveira Faustino is dead. Cause of death revealed