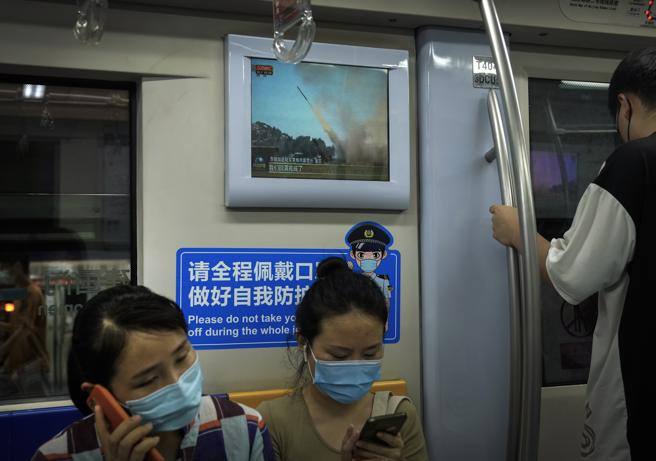 China, special forces tripled due to surprise landing. Taiwan opts for the strategy of the porcupine- Corriere.it

In the event of an invasion by Beijing, Taiwan thinks about closing in on a hedgehog waiting for help

One shivers to read the reports of the research institutes on the numbers of Chinese military power compared with Taiwanese ones. The People’s Liberation Army deploys over a million ground soldiers, against 100,000 troops who defend the island. And 412,000 Chinese infantrymen have their bases in front of the Strait.

But it is not just this gigantism that worries Western strategists. After having favored large land units for decades for the defense of the borders with Russia and India, the new Chinese doctrine recently has tripled its elite force capable of a surprise landing, which today can count on 35,000 men trained like US marines. They are brigades equipped with fast and versatile hovercraft-type vehicles, covered by air forces and airborne artillery. The artificial islands built in the South China Sea have been fortified and would inflict serious losses on the US Navy coming to the rescue of the Taiwanese; Beijing boasts the development of a hypersonic Dongfeng DF-17 missile called “aircraft carrier killer” for its alleged ability to pierce the defenses of aircraft carriers that for decades have given superiority to the US fleet in the Pacific: the latest launch was broadcast on Sunday. from Chinese TV.

Overwhelming superiority even at sea: 133 Chinese battleships against 26 Taiwanese; 52 submarines versus 2; 86 missile patrol boats against 44. In the sky, the Chinese Air Force can launch 1950 fighters and bombers against 478.

But before imagining a T-Day, a day of the Chinese landing in Taiwan similar to that of the Anglo-Americans in Normandy, it is necessary to calculate the military and political costs. Analysts think Beijing’s generals don’t actually have a full-scale invasion from the coast in mind. The usable beaches (such as the legendary Omaha Beach of 6 June 1944) are only a dozen and therefore easily manageable. The Taiwanese coast is surrounded by cliffs between 300 and 600 meters high: “The conformation of the island is a divine gift for the defendersObserves Ian Easton, a former Pentagon analyst.

How then would a Chinese operation to take control of the “rebel province” begin? The first signal would most likely be darkness in Taipei: the lights would go out due to cyberattacks on the power grid and command and control centers. Then it would be the turn of incursions of helipad troops to sow panic, bombing and missile launches on Taiwanese bases. Chinese TV last year (when Nancy Pelosi’s “provocation” was not even imagined) broadcast footage of a cruise missile destroying a building. It is a CJ-10, a device capable of bringing a 500 kg explosive warhead to its target. “It was a decapitation experiment, a warning to Taiwanese separatists,” Beijing said, pointing out that the CJ-10 can be programmed to sneak precisely into the window of a building within a two-thousand-kilometer radius. Taiwan is less than 200 from the mainland coast.

The CIA director says that Xi Jinping was “troubled” by the development on the ground of the war in Ukraine. William Burns is convinced that the Chinese president is making new calculations for Taiwan.
The CIA does not believe that Ukrainian resistance against alleged Russian dominance has extinguished Beijing’s determination to “reunify” Taiwan
just imagine that the times and modes of action are undergoing a revision in the light of the “Ukrainian lesson”.

There is also teaching for the Taiwanese defense. The Pentagon asks Taipei to prepare the «strategy of the porcupine»: closing up like a hedgehog, exploiting the difficulties of the enemy, rather than unreasonably trying to match its strength. The Taiwanese porcupine should try to slow down and make the invasion very bloody, pending the inevitable arrival of American help. For this, Washington suggests to Taipei to strengthen essential infrastructure, accumulate resources for the resistance and train a territorial force capable of leading a guerrilla war against the Chinese.

Videogames entered his life in the late '80s, at the time of the first meeting with Super Mario Bros, and even today they make it a permanent part, after almost 30 years. Pros and defects: he manages to finish Super Mario Bros in less than 5 minutes but he has never finished Final Fight with a credit ... he's still trying.
Previous what happens to our body, attention
Next Neymar makes incredible basket with kick in commercial recording