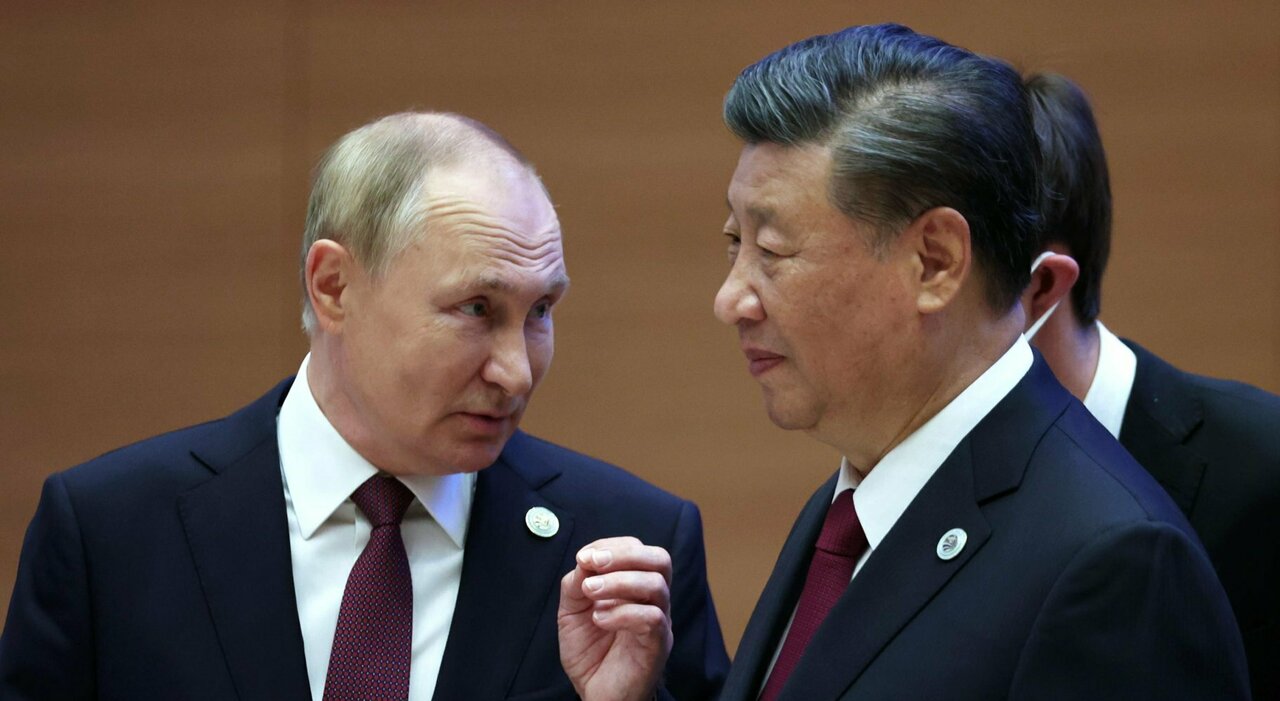 China, the link with Putin (not to be missed) and the damage suffered as a result of the war: the enigma of Beijing

While Western leaders accuse Putin of wanting to lead yet another exclation of the conflict in Ukraine Beijing remains silent. While on the one hand China has never openly condemned its ally for the invasion (it refused to apply the sanctions and abstained from the UN resolution condemning the war), on the other it has made it clear several times that it does not to appreciate the “chaos” generated by Putin, which indeed strongly damages his economic interests.

The intolerance of China it just emerges from the declaration “against” the referendums held by Moscow for the annexation of Donbass, in which the spokesman for the Foreign Ministry Wang Wenbin reiterated that “the sovereignty and territorial integrity of all countries must be respected, as well as the Charter and principles of the UN ». But Xi Jinping cannot go further: geostrategic and defense interests tie him to the Kremlin. Especially now, that the United States has declared that it is ready to defend Taiwan even with the army.

In this cross-relationship game, one thing is certain: China does not like war. In the last meeting between Xi and Putin, at the Samarkand summit in Uzbekistan, the Asian power had expressed “questions and concerns” about what was happening in Ukraine. In the Eastern European country, China had invested millions of dollars in infrastructure, shipbuilding, steel plants and highways, investments that have been heavily damaged by the conflict. Not to mention the fact that the increase in energy and food costs has had repercussions on the Chinese economy, already tested by two years of pandemic and by the strict zero-Covid policies.

Hence Beijing’s repeated calls for a peaceful resolution of the conflict. Beijing’s position on Ukraine is “consistent,” said Foreign Ministry spokesman Wang Wenbin, saying he is willing to “work with the international community to continue to play a constructive role in mitigating the situation.

Beyond the declarations, however, in fact China has proved to be a very valid ally in allowing the Moscow economy to survive international sanctions. Based on Chinese customs data, imports from Russia increased by more than 50% from January to August compared to the same period last year. If at the Beijing Olympics in January, just a month before the invasion began, Xi and Putin celebrated their alliance calling it a friendship without limits, 9 months later the pact was renewed with a handshake in Samarkand , in Uzbekistan, where Xi said that “China is ready to work with Russia to extend strong mutual support on issues concerning their respective fundamental interests” and that “China will work with Russia to deepen practical cooperation in trade , in agriculture, connectivity and other areas “.

Despite the war in Ukraine it damages Beijing, in short, China it cannot afford to distance itself from Russiaespecially now that the United States have pledged their military support to Taiwan in the event of an attempted Chinese annexation. The island that Beijing would like to regain by 2024 is in fact an inevitable collision point between American and Chinese interests. With constant back and forth between the two powers, the situation remains in a precarious balance. But the “peace” may not last long: the next congress of the Chinese Communist Party is scheduled for October 16. On that occasion, Xi expects to obtain a renewal of the incairco from the party and a strengthening of his power. And then, with the ranks tightened internally, he could proceed – according to the fears of Taipei – to claim the annexation of Taiwan, even by military means. At that point the clash with Washington would be one step away and the alliance with Moscow would prove indispensable.

Videogames entered his life in the late '80s, at the time of the first meeting with Super Mario Bros, and even today they make it a permanent part, after almost 30 years. Pros and defects: he manages to finish Super Mario Bros in less than 5 minutes but he has never finished Final Fight with a credit ... he's still trying.
Previous GdS – Background Gosens: “Inzaghi preferred him to another name. Has he changed his mind? “
Next famous person tells the outcome of medical checks