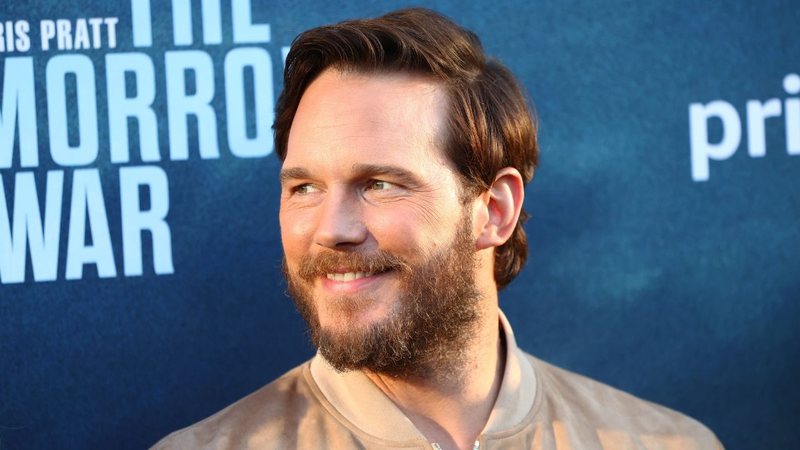 In an interview with the American magazine Men’s Health, Chris Prattprotagonist of Jurassic World (2022) and Guardians of the Galaxy (2023)denied involvement with the Hillsonganti-LGBTQ+ church.

“I am a man who believes that everyone has the right to love whoever they want, free from the judgment of their fellow men.” said

According to the actor, the association with the church may have been intensified during his speech at the MTV Movie & TV Awards, when he received an award in the category Generation Award.

“I was asked to give an inspirational speech and so I said, ‘God is real. God loves you. God wants the best for you. Don’t be a jerk.’ Maybe it was arrogance to go on stage and say the things I said, religion has been oppressive for a long time,” he explains.

The controversy that relates Pratt to church, emerged in 2019 when he was on Stephen Colbert’s American talk show, to promote “A Lego Adventure 2” and talked about his religious side. The actor declared that he was part of the Zoe Churchthe same frequented by Justin bieber and your wife Hayley Bieber.

fresh from fasting, @prattprattpratt talks about his spiritual side on @colbertlateshowhttps://t.co/iwUyo4tIhhpic.twitter.com/FQKZVwwtgN

THE Hillsong It is one of the most influential churches in the evangelical environment abroad, but it was mainly known for several controversies. In March of this year, a documentary exposed cases of pedophilia and homophobia that occurred within the congregation.

According to the website Daily Beast, The Hillsong Church had a practice of “gay conversion therapy” to “convert” LGBTQ+ people into heterosexuals. In addition to complaints, the church reportedly stated that “Gays were welcome but could not assume a leadership role.” Check out the trailer for the documentary below.

+++READ MORE: Olivia Rodrigo talks about abortion: ‘Our bodies should never be in the hands of politicians’

“I’ve never been to Hillsong,” he says. Chris Pratt. “I don’t know anyone from that church,” she explained during the interview.

However, the Zoe Churchthe church he attends, was founded by Chad Veach who began his career as a pastor when he moved to Los Angeles and began holding informal services in his own home.

Slowly, Chad Veach was conquering space in other churches, until the services started to be carried out inside the HillsongWhere Veach based to create the Zoe Church. And that is why there is the association of Chris Pratt, Lana Del Rey, Kendall Jenner and other celebrities with Hillson.

Chad Veach came to say to The New York Times that Zoe Church “it welcomes all types of people, but does not agree with all lifestyles”.

a branch of Hillsong exists in Brazil in São Paulo since 2016. The first official church service filled the Audio Club, with capacity for 3,200 people standing or 1,000 seated.

Recently, the church began to meet in the Villaggio JK auditorium, located in Vila Olímpia, close to downtown São Paulo. THE Hillsong it also has churches in Sydney, London, Kiev, Cape Town, Stockholm, New York, Buenos Aires, among others.

Videogames entered his life in the late '80s, at the time of the first meeting with Super Mario Bros, and even today they make it a permanent part, after almost 30 years. Pros and defects: he manages to finish Super Mario Bros in less than 5 minutes but he has never finished Final Fight with a credit ... he's still trying.
Previous Friday releases: HINO by Cardi B and Kanye West, and news by Ludmilla, Luísa Sonza, Juliette and Ivete Sangalo are highlights; check out!
Next Paul Mescal, Andrew Scott, Claire Foy and Jamie Bell in the cast of Strangers