Clash of the titans, Perseus protagonist of the epic movie • IMTV

An action film with a mythological setting, inspired by the legends of heroes and gods of Ancient Greece: Clash of the Titans brings back to the screen the 1981 feature film of the same name produced by MGM. Tonight on TV (November 23) starting at 21.20 airs this fantasy-inspired action movie, loosely focused on the legendary life of Perseus.

The film is broadcast by Italy 1 and is also available in live streaming on Mediaset Play. Despite the great success at the box office, which recorded a collection of almost 500 million dollars worldwide, critics panned the screenplay: the public, however, responded well enough to convince the production to release a sequel, Fury of the Titansin March 2012.

Clash of the Titans – Sam Worthington as Perseus

The plot of Clash of the Titans (November 23)

After defeating the huge primordial beings, the Titans, the Gods divided the world in this way: Zeus conquered the sky, Poseidon the seas and Hades, misled by the God of Lightning, ended up having to settle for the Underworld. The demigod Perseus, born of the relationship between the human queen Danae and Zeus, is raised on earth unaware of his heritage. A divine warfare between the parties leads the protagonist to discover his own history and to warn against the monsters unleashed against him by Hades and by the most envious divinities who, despite their immortal and divine nature, show off all their defects “humans”. 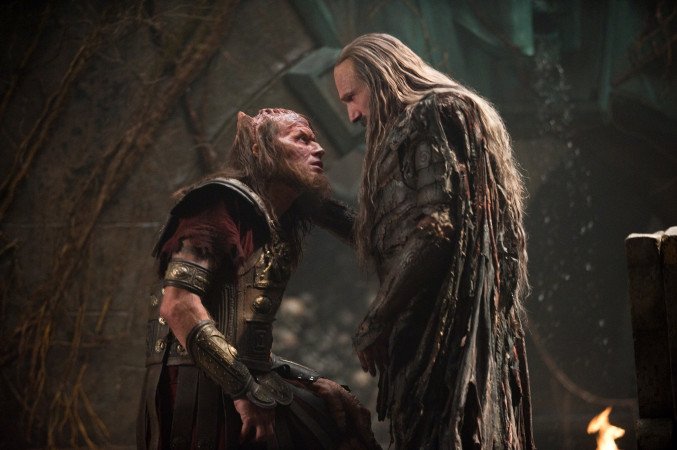 Clash of the Titans – Liam Neeson as Zeus

The cast and trailer of the film by Louis Leterrier

Sam Worthington plays the role of the protagonist Perseus: at first a fisherman with a humble life, he discovers he is a demigod and goes in search of the head of Medusa to prevent the destruction of Argos. According to Greek tradition, Perseus is considered a legendary hero and the founder of the historic city of Mycenae: however, the film is only inspired by this mythological figure as it presents numerous inaccuracies with respect to classical historiography. Liam Neeson (Love actually, The perfect prey, Batman Begins, Silence, Gangs of New York, Suspect – Presumed guilty, Unknown – Without identity) is Zeus, king of heaven and father of Perseus. Ralph Fiennes plays Hades, the irascible deity bent on overthrowing his brother Zeus. Gemma Arterton as Io, a human woman who was cursed by the gods and who guides Perseus on his journey. Rounding out the cast is Alexa Davalos (Andromeda) and Jason Flemyng (King Acrisius who turns against the gods).

David Martin is the lead editor for Spark Chronicles. David has been working as a freelance journalist.
Previous Totti, dig at Spalletti then says: “I’d like to talk to him”
Next The sequel to Avatar at the cinema I Portici