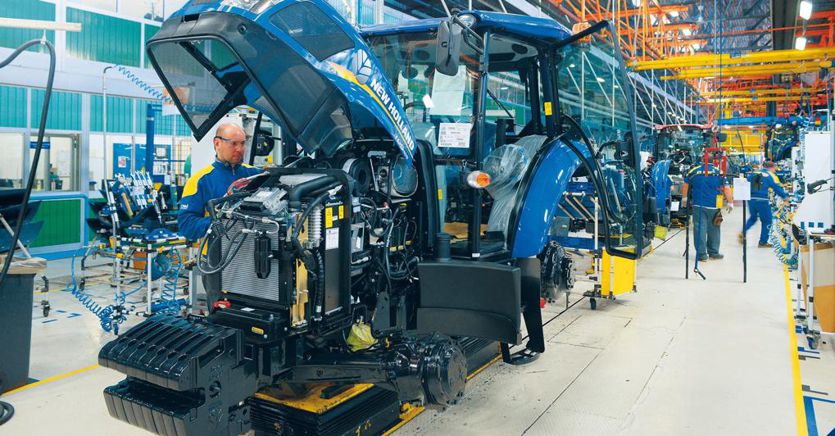 Cnh, the European hub for the electrification of tractors in Modena

It is a world first that took place in recent days in the Modena area, in San Matteo, where the mechanical giant Cnh Industrial presented the first virtual simulation system for tractors: the Dynamic driving simulator.

A technology used up to now in the automotive sector and transferred for the first time in the agricultural sector, which allows to reduce the time-to-market of the machines by more than 30%, virtually testing their performance, before putting them into production. “The simulator is a piece of a broader three-year project of investments in innovation of 39.4 million euros, co-financed by Mise for 7.9 million, for the development of hybrid and electric tractors, which will be made by the San Matteo Research Center the center of excellence at European level for the electrification and automation of agricultural machinery “, underlines Carlo Alberto Sisto, president of Emea of ​​Cnh Industrial, a group that is preparing to exceed 20 billion dollars in turnover this year, of which 4% dedicated each year to R&D, and which in Italy has over 4,500 employees (out of 37 thousand in the world) with 4 production plants and three research centers.

These include the San Matteo plant and laboratories, in the heart of the Emilian Motor Valley, where 150 new profiles have been hired since the beginning of the year, out of a team of 1,110 employees, of which 530 engineers, including a core of 30 researchers dedicated to virtual simulation and to the development, in the last 18 months, of the virtual simulator. Confirming the key role that the Modenese hub, born 45 years ago and formerly part of Fiat Agri, is preparing to play in the relaunch of the historic Modena tractor district in the name of 4.0 and electrification, becoming the European hub, thus as Detroit will be for the US market. “A revolution that we are starting to apply to tractors starts from here, from this land dedicated to motorsport and agriculture, but one day it will be extended to earthmoving and other machinery, because in our sector technology can really make a difference in development. of increasingly green, advanced and safe products », says Carlo Lambro, Brand President of New Holland Agriculture.

Agriculture is hungry for digital and virtual solutions, Sisto reflects, because they are the only way to find answers to the imperatives of the current geopolitical context that imposes “sustainable and cutting-edge business models to tackle energy price increases, scarcity of natural resources , increase in the world population, climate change ». Recalling that the two strategic acquisitions completed last year by CNH must also be read in the light of the ecological and digital acceleration of the group: the American Raven (specialized in precision agriculture) and the Forlì Sampierana (customized mini excavators, in particular electric ones) .

And we must not forget the teamwork with institutions and universities that fueled the development of the first “virtual tractor” designed & made in Emilia. «It is the excellent university area, engineering in particular, and the interaction with the universities of Modena and Reggio Emilia and Bologna – explains Lambro – that make this territory particularly fertile for us. Just as it is important for a big business immersed in a productive fabric made up of many medium-small and multi-skilled companies in the logic of the supply chain ». Via Emilia, concludes the governor Stefano Bonaccini, is a candidate to become the crucial European infrastructure for the science of innovation and digital development, between the big data of the new Leonardo supercomputer and the European weather center that will be inaugurated in a few weeks at Technopole of Bologna.

The variety offered by video games never ceases to amaze him. He loves OutRun's drifting as well as the contemplative walks of Dear Esther. Immersing himself in other worlds is an incomparable feeling for him: he understood it by playing for the first time in Shenmue.
Previous Crimes Of The Future’s Léa Seydoux and Viggo Mortensen discuss the significance of Cronenberg’s latest film
Next Juventus crisis, Allegri remains until the end of the season- Corriere.it