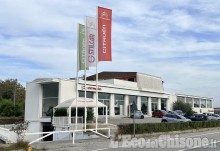 The news of the closure of the Stilcar car dealership with headquarters in San Secondo di Pinerolo and a second one in Rosta caused a sensation. A sudden decision that took everyone by surprise, including over forty employees who hadn’t heard of anything. A clamor due to the fact that the Stilcar official dealer of Citroen and later also of the Korean Hyundai, which belongs to the Collino family, is one of the best known and respected companies in the sector in the area. Founded in 1976, it had grown more and more by adding repair and assistance services to the sale and, from 2020, overhauling. An investment that did not give the desired results, also due to the coincidence of its opening with the pandemic, which was perhaps one of the contributing causes of the crisis that led to the decision to close.

Manuel Collino speaks
We meet Manuel Collino, son of Ezio, the founder of the dealership in his office in the San Secondo headquarters. On his face the signs of the despondency of the moment: “I knew that the news would cause a sensation, but I did not expect such a thing and above all so much wickedness.”
The fact is that it was a bolt from the blue for everyone, including employees, why this mode? “We talked to our consultants and when we came to the determination that accumulating further losses the situation would no longer be sustainable, we did not delay: afterwards it would be too late”
Late for what ?: “In order to be able to pay employees and satisfy creditors, we chose the path of voluntary liquidation, we could have lost other less onerous paths but it didn’t seem right “
The concern is above all for the fate of employees: “We have done and are doing everything possible to help them in the relocation, which for many situations is already in place and we will continue to commit ourselves, for their part, after an initial moment of bewilderment, especially in the San Secondo headquarters, we have had understanding and collaboration : I thank them for this ».
You were considered a healthy and well managed company what happened? “There are many reasons, at the base of everything there is a sales system that has changed profoundly compared to the past and which is putting the dealerships in a deep crisis, not just us”
In your case? “The birth of Stellantis was the turning point, the PSA group to which Citroen belongs has revoked the mandate to all the dealerships, at the end of May next year we would have lapsed and we would have become dealers, which for us would have determined margins. not sufficient to cope with management costs, especially since the market is in deep crisis: if you do not have a sufficient turnover, you cannot meet the expenses; we thought of different alternatives, for example to be just more workshop and many more, but in the end we had to give up ».
The future? “Now we are committed to liquidating open cases with customers, it will take a while, then I will look around and think about my future”

The variety offered by video games never ceases to amaze him. He loves OutRun's drifting as well as the contemplative walks of Dear Esther. Immersing himself in other worlds is an incomparable feeling for him: he understood it by playing for the first time in Shenmue.
Previous Food recall, it may have metal inside – you need to return it
Next Serie C: a new format to please TV more