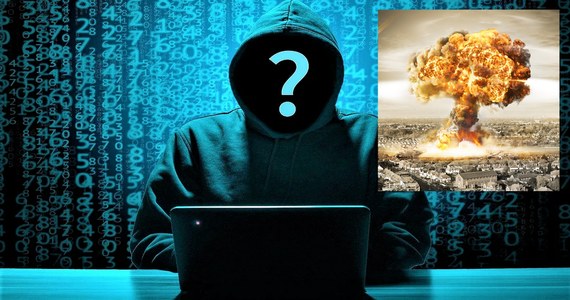 Global Cyber ​​Attack long fear experts from cyberterrorism. It turns out that it can come much faster than we think. Warren Buffet, one of the richest people and greatest economists in the world, admitted some time ago that cybercrime is a greater threat to humanity than nuclear, biological and chemical weapons. Meanwhile Klaus Schwab He added that we can expect a complete paralysis of humanity.

According to a new report by Flashpoint, the world leader in cyber attack risk analysis, senior users and administrators Russian hacking forums, including the famous RAMP and XSS, have been in intensive contact with new potential members for some time. Interestingly, the interviews are in Chinese. The groups probably use translators, and if they do, it means that the venture has the highest priority and is of key importance to the Kremlin.

#Ransomware operators appear to be wooing Chinese-speaking threat actors on RAMP forum, a primarily Russian-speaking illicit community. Yet it remains to be seen if their intentions are for real — or a social engineering experiment. Learn more: https://t.co/qWl3n5KQvU pic.twitter.com/61gKPqOMYt
– Flashpoint (@FlashpointIntel)
November 18, 2021

Flashpoint reports that such activity has never been observed before. It may mean one thing, preparations for a powerful cyberattack. It is likely that it may be global in scope. The joint activities of the Russians and the Chinese are to focus on creating ransomware and obtaining information on flaws in software from various vendors.

The first target may be the US government, organizations and corporations. Experts emphasize that there are currently many tensions in the world between the US-Russia and China. The answer to this also begins to form in space global network. Cyber ​​terrorists from Russia and China join forces to launch attacks on enemies, supporting their governments’ actions in the real world. There may be an unseen escalation on many fronts.

More recently Klaus Schwab, the creator World Economic Forum, announced that a global cyberattack is rapidly approaching, which will lead to the complete paralysis of all humanity. We talk about failures of energy networks, transport systems, medical services or banking transactions. Recent historical Facebook crash can show many of what it might look like in reality.

Schwab warns that a cyberattack will spread more than 10 times faster than a virus SARS-COV-2. From the first impact, millions of computers and associated systems will fail in just a few hours. After a few days cyber virus it will engulf the entire planet and completely paralyze humanity.

Schwab and Buffet are convinced that such a global catastrophe on the web will lead to ruining the economies of virtually most of the worldwhat in turn will end in the death of millions of people. Billionaires fear that the situation will quickly get out of hand and result in conflicts between countries and even lead to a global war.

The variety offered by video games never ceases to amaze him. He loves OutRun's drifting as well as the contemplative walks of Dear Esther. Immersing himself in other worlds is an incomparable feeling for him: he understood it by playing for the first time in Shenmue.
Previous Splinter Cell Chaos Theory for free. But you have to be quick like Sam Fisher
Next A surprise at the ATP Finals! We met the last Tennis semi-finalist