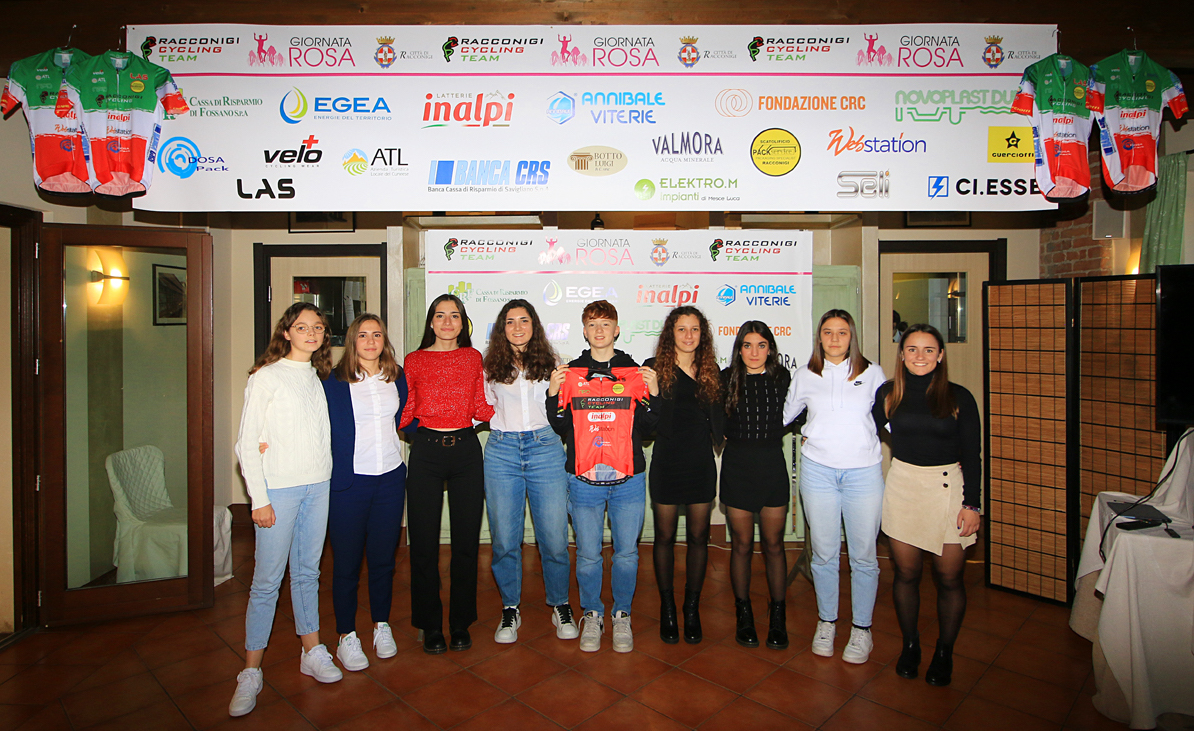 Confirmations and news for the Racconigi Cycling Team 2023

The Racconigi Cycling Team has officially closed the competitive season and is already looking to 2023, with four confirmed athletes and five “new entries”. Applause for the champion Matilde Beltrami, who retires from cycling.

A big party officially closed the racing season of Racconigi Cycling Teamwith an eye already turned to 2023. Athletes, staff, authorities, sponsors and friends gathered at the “L’Arancera” restaurant of Tenuta Berroni, receiving the greeting from the coach of the national team road cycling team Paolo Sangalli, as well as by the ex-bearers of the Rossoneri team Francesca Selva, Matilde Vitillo and Valentina Basilico.

As for the road, to report the participation in 31 national and international events junior and open, including two stage races: the Giro della Campania in Rosa Open and the Giro delle Marche in Rosa Open. Two podiums conquered, a fourth, two fifths, and ten ‘top ten’, including a fifth and a ninth place in the Italian junior women’s championship”.

Success for the “Giornata Rosa” organized by the Racconigi Cycling Team

Four talented women confirmed athletes by the team manager Claudio Vassallo in view of the new competitive season: Elisa Roccato and Camilla Marzanati, who will make their debut among the elite, as well as Irene Cagnazzo and Asia Rabbia.

A great applauseFinally, it was addressed to the nineteen year old Matilde Beltrami who, after 12 years of racing career, decided to hang the bicycle on the “nail” to devote himself to study.

«I am leaving a real family, where I learned the true values ​​of sport and above all of life – she commented, moved- I wish this one the best fantastic cycling company and to the new athletes, who will undoubtedly have a great time and will give their best to give themselves many great satisfactions».

The formation of team manager Claudio Vassallowill also make use of the precious technical collaboration of the new athletic trainer Paolo Lanfranco, the sports doctor Carlo Guardascione, as well as Camilla and Antonio Vassallo, Silvano Sannazzaro and Luca Mesce.

The first athletic tests are already expected in December, while the first official retreat to ‘make a group’ and to refine the preparation is set for the beginning of January.

Valentina Basilico awarded in Rome by the Italian Cycling Federation

David Martin is the lead editor for Spark Chronicles. David has been working as a freelance journalist.
Previous James Gunn talks about Rocket’s gift
Next Secret Invasion, revealed the true role of Emilia Clarke in the Marvel series? The latest rumors