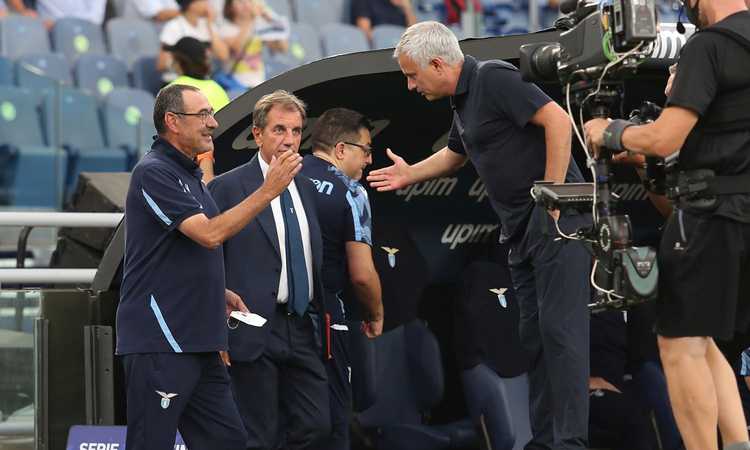 Confusion to CM: ‘Inter and Juve in the running for the Scudetto. Pioli makes the difference, Sarri to Maestrelli, disappointed by Mourinho ‘| First page

You are disconcerted, I would start from Lazio: it seems to me the best team in the league. Can it last all the way?
“If he recovers Immobile then yes, otherwise I don’t know. Because once or twice he can do without it, but no more. Lazio play very well, this is a certainty.”

It does not have a very long rose.
“But look, I don’t think the depth of the squad is decisive. Sarri has a group of 16-17 players who are very united, in some ways it reminds me of Maestrelli’s Lazio.”

In the meantime, there is the first mini-escape: Napoli is now in the lead alone at +3 from Milan.
“Napoli in Rome did what they had to do and did it well. They suffered, but won with a great goal. If you are about the action there are three extraordinary things. The first – a technically beautiful gesture – is the launch. by Politano, on the fly, without thinking about it. Then, exceptionally – in a negative sense – there is Smalling’s mistake: I think it’s the first or second mistake of this championship. And finally Osimhen’s goal: coordination, accuracy. A very nice goal “.

Yet it was a Naples in a lesser tone than the one seen so far.
“You can’t think of going to the Olimpico and winning 3-0. And anyway Spalletti was missing Anguissa. Ndombele is good, but it’s not the same thing.”

Roma were aiming for 0-0.
“Yes, he disappointed me, Mourinho played the whole game to untap the 0-0, never making a shot on goal.”

Roma miss Dybala a lot.
“Undoubtedly. Dybala would miss any team, it is also true that he has already missed three games out of eleven”.

You also include Juve in the Scudetto race.
“Let’s be clear: I say that Inter lost 10 points last year in 5 games, as did Milan and Napoli. So the 10 points that separate Juve from the top still don’t make a big difference. Last year Milan and Napoli were at 31 points and Inter at 24, but then Inter took back the leading pair twice. I’m not saying that everyone has the same chance, but everyone is within a great chance. ”

What is the difference of Milan?
“It’s Pioli. Who manages to find new formations in all conditions. Take Brahim Diaz, he’s always been good, but he’s not so decisive. Thanks to him, but also to Pioli. And now Origi has also been released, a great reinforcement. striker that I like very much and who will give Giroud breath. I believe that Milan will be able to move forward in the Champions League as well. ”

Juve’s qualification seems unlikely to me.
“Yes, it is. He has to hope for too many combinations in favor and in any case this Benfica is a great team.”

David Martin is the lead editor for Spark Chronicles. David has been working as a freelance journalist.
Previous dividends detached today. The titles to follow
Next eyes to the sky, very soon the only one visible in Italy in 2022; the info to observe it »ILMETEO.it