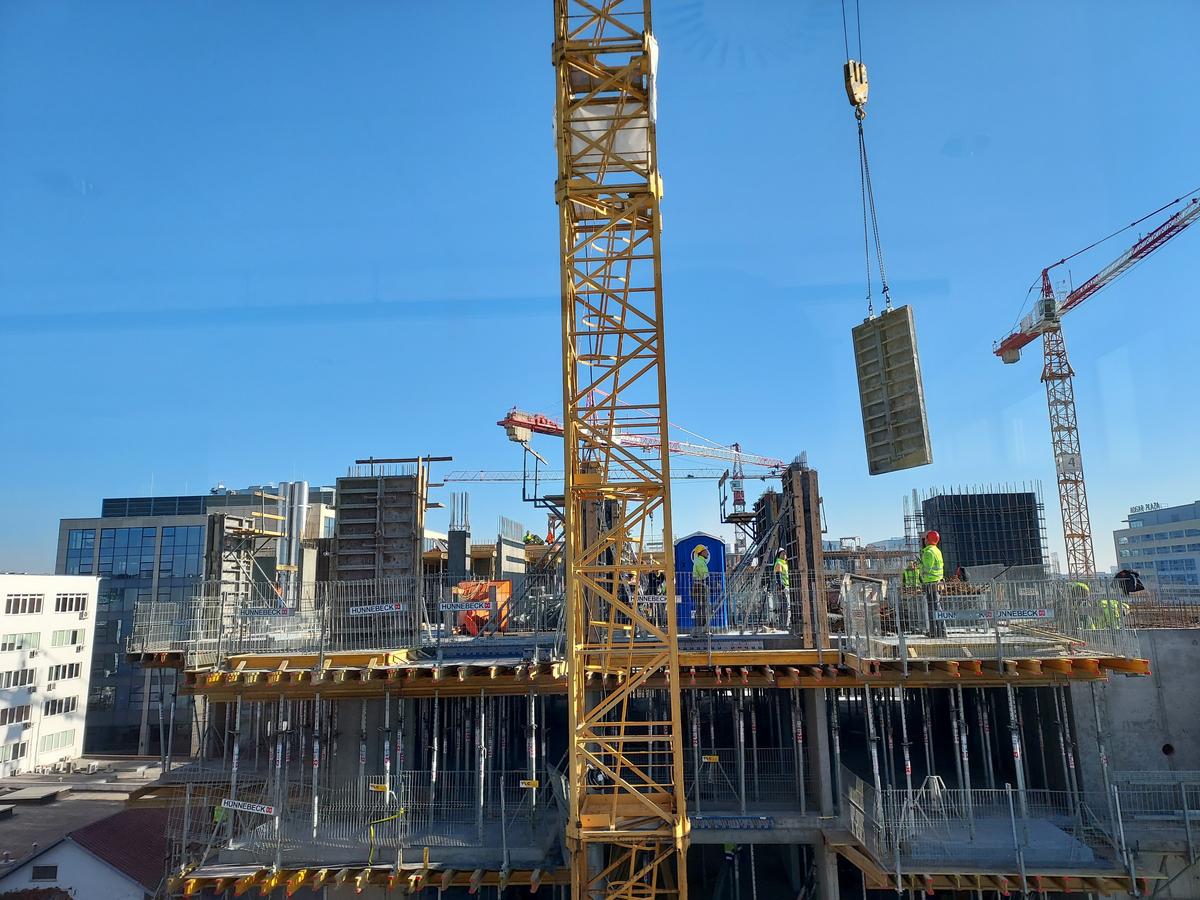 For example, Jakub Rybacki, an analyst from the macroeconomics team of the Polish Economic Institute, reading them is not overwhelmingly optimistic.

– The CSO comment indicates poor results in both housing construction and infrastructure projects. The result was driven by specialized works – a category that aggregates finishing works. The low growth in construction is the result of limited expenditure on the part of local governments and a surge in material prices – comments the PIE analyst.

Some commentators, however, are more optimistic about October’s construction and assembly output. The more so because turned out to be better than market forecasts – these indicated an increase in annual terms by 3.4%. They also point out that in October, the production related to both investment works (it was higher than a year ago by 5.2%) and renovation works increased. A year earlier, we recorded declines in both cases (by 4.7% and 7.5%).

– The dynamics of construction and assembly production in October stabilized at a level similar to that recorded in September (4.3% – ed.), But it should be emphasized that with a lower number of working days and a less favorable (compared to September) reference base last year , this result should be considered good – says Monika Kurtek Chief economist of Bank Pocztowy.

Although, as Monika Kurtek admits, problems are also piling up over the builders.

– The construction sector is facing a reduced work season (due to winter), and is also struggling with problems similar to those of the industry. That is, shortages of materials and their high prices, as well as problems with recruiting employees and rising labor costs, which “suppresses” the results – admits the economist.

At the same time, however, it notices the positive sides of the situation in which the industry has found itself.

– What the construction industry does not have to worry about is demand. It remains on the housing market, and in the case of infrastructure, it should increase in 2022 – adds Monika Kurtek.

Another record in housing

The CSO also released a handful of data from the housing market on Tuesday. And these sparked the hopes of a forty-year record among analysts. Estimates of HRE Investments indicate that in 2021 more premises may be commissioned in Poland than in the previous year, when 221,000 of them were built.

– In 2021, the result is at your fingertips at the level of approx. 230,000 new houses and apartments, the construction of which will be formally completed. We can expect the best result in over four decades – claims Bartosz Turek, chief analyst at HRE Investments.

In his opinion, however, the data for December will be of key importance, as it is traditionally the most completed dwellings – after 10 months of the year, the Central Statistical Office counted 184 395 dwellings completed.

About the all-time record, which was set in 1978, when 284 thousand cars were put into use. apartments, we can forget for now. Although only in terms of their number. For, just like over 44 years, the quality has improved, the size of the premises has also increased.

– In 1978, 17.6 million new square meters were created in Poland. In 2021, it will be approximately 20 million square meters and this despite the smaller number of properties, the keys to which will go into the hands of new owners – notes Bartosz Turek.

Making up for shortages

According to Bartosz Turk, everything indicates that in the coming years we will be making up for the shortages in the housing sector more and more quickly.

– This may be suggested, for example, by the latest data on the number of building permits issued or construction starts. In the first case, after 10 months of this year, we can already talk about administrative decisions that allow for the construction of over 283 thousand. new apartments. It is over 29 percent. more than a year ago – notes an analyst from HRE Investments.

According to the information from the Central Statistical Office of Poland, developers have obtained building permits for the largest number of flats (174.4 thousand, 31.5 percent more than in the previous year) and individual investors (105.7 thousand, an increase of 25.6%). In total, they received building permits of 98.9 percent. dwellings – the rest are related to social rental, municipal, cooperative and company construction – in total, such permits were issued by the end of October 3 247 compared to 2 544 the year before.

In other forms of construction, the construction of 4,153 dwellings was commenced (compared to 2,950 the year before).

According to Bartosz Turk, these good data should, over time, translate into even higher numbers of flats delivered for use. However, this takes time.

– The average construction carried out by a developer in Poland takes less than two years. It’s short anyway. The data from the Central Statistical Office suggests that the construction of an average single-family house takes much longer for Poles – almost 49 months – the analyst reminds.

The variety offered by video games never ceases to amaze him. He loves OutRun's drifting as well as the contemplative walks of Dear Esther. Immersing himself in other worlds is an incomparable feeling for him: he understood it by playing for the first time in Shenmue.
Previous Dying Light 2 aims to offer an incredibly complex world and rich stories
Next There is a new candidate for the Manchester United coach. Big name Football