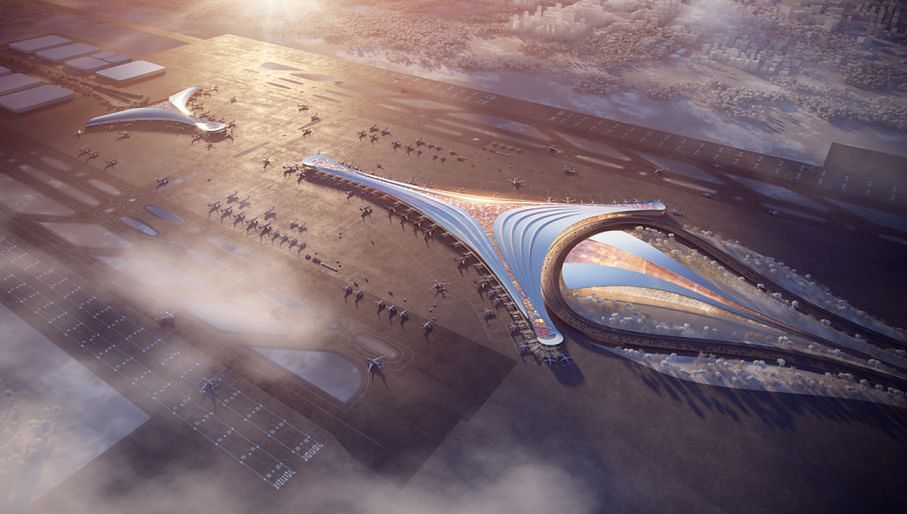 Construction of the CPK for billions. NIK has no doubts: the 2027 deadline is endangered

Until a few weeks ago Deputy Minister Marcin Horała assured that 2027 is the current date in the context of the construction of the Central Communication Port. He argued that it was then that the construction works were to end, but it was not certain that the first commercial cruise would depart then.

Now the Supreme Audit Office is questioning this term.

NIK indicates that at this pace of work, the completion of the airport construction by the end of 2027 is at risk. In addition: it is still not known exactly how much the CPK will cost, or where the money for this project will come from – we read in the release.

NIK on preparations for the construction of the CPK. The “vague nature” of the schedule

The Chamber checked whether the state of preparation for the construction of the Central Communication Port, managed by the government plenipotentiary for STH with the help of the special purpose vehicle, was in line with the assumptions.

“The CPK implementation schedule was general and indicated impossible deadlines for the implementation of individual tasks” – we read in the announcement of the Supreme Audit Office.

The Supreme Audit Office indicates that the protracted work concerned the years 2020-2023. “The implementing document for the Program will be the Implementing Document, which is to contain, in particular, implementation schedules and budgets of individual projects. However, this document has not been adopted so far. As a result, there is no full material and financial schedule for the CPK Program” – we read.

See also: We will build the CPK with South Korea. The local government will help, what will it get in return?

How much will the construction of the CPK cost? According to the Supreme Audit Office, this is still unknown

The Chamber also points out that so far no feasibility study has been prepared for the entire CPK construction program. “In short, until the end of the audit, it was not known what the financing sources would be for all projects related to the construction of the Central Communication Port. The multi-annual program covers only the years 2020-2023 “- it was written.

At the stage of expansion of the national railway network with new sections, planned for the years 2020-2030, the costs were estimated at PLN 35-40 billion.

The cost estimate (based on the 2017 price level) was made on the basis of cost estimates resulting from the feasibility study for high-speed rail Y and the cost benchmark of analogous station structures. With the current inflation and rising labor costs, as well as the prices of construction materials, the estimated costs of expanding the national rail network may no longer be up-to-date, says the Supreme Chamber of Control.

NIK indicates that by the end of 2020, the expenditure on CTH amounted to approximately PLN 96.5 million. This amount consisted of:

NIK indicates that LOT has prepared an update of the passenger traffic development forecast, assuming the suspension of infrastructure expansion at Chopin Airport and the transfer of all operations to STH in the fourth quarter of 2027.

The national carrier has cut its passenger traffic development forecast by 34 percent. The planned transport of PLL LOT on the routes to / from Warsaw assumed transport: in 2027 – 12.7 million passengers, in 2028 – 14.5 million, in 2029 – 16.6 million, and in 2030 – 19.2 million passengers. This means that, according to these forecasts, air traffic from Warsaw will recover for a long time after the pandemic – we read in the NIK report.

NIK emphasizes that also the European Organization for the Safety of Air Navigation (Eurocontrol) and the International Air Transport Association (IATA) estimate that global air traffic will not return to the 2019 scale until 2024. “It should be emphasized that all these forecasts were made even before the fourth and fifth waves of the coronavirus pandemic passed, “added the report.

A critical value for the STH project, indicated in the part concerning the profitability analysis of the airport component, is passenger traffic at the level of 24.3 million travelers in 2030.

Conclusions from the audit of the Supreme Audit Office. Doubts about the construction of the CPK

The Supreme Audit Office points out that the identified irregularities in the construction of the STH, due to the early stage of the investment, have not had any negative effects so far. The Chamber has identified the risks and threats related to its implementation:

Expert: NIK confirms what we all know

Adrian Furgalski, an expert on the transport market, is not surprised by the conclusions of the NIK audit.

NIK confirms what we all know, including the management of the CPK company, that there is no chance of building an airport by 2027 – comments the president of the TOR Economic Advisors Team in response to questions from money.pl.

He adds that the material after the inspection also includes all other reservations that can be included in a single statement. – For such a gigantic investment, we are dealing with a monstrous deficit of almost all cost-benefit analyzes, material and financial schedules, traffic forecasts, etc. It is also very important to appeal to thoroughly analyze everything due to the pandemic and changes taking place in individual segments of air traffic, taking into account the new reality – adds Furgalski.

MP Lasek: on what basis was the decision to build the CPK made?

– I did not expect that in relation to the investment, the cost of which is estimated at over PLN 100 billion, I would hear such decisions of the Supreme Audit Office at such an early stage. Let me remind you: the concept of the CPK does not present the full business justification, including the schedule related to the formation of costs. The content of the report itself shows that the business case is created at the beginning of the project and is the basis for the decision to start it, said Maciej Lasek, KO MP, during the session of the parliamentary infrastructure committee, where the NIK report on the CPK was presented.

I am asking on what basis was the decision to start this project made. The schedule is general, it does not provide for provisions in the event of cancellations, and these, for each infrastructure investment, extend the implementation by several years. The budget for the entire program has not been prepared, so we do not know how much it will cost, it is rather certain that there will be delays and we do not know whether it will be profitable for us – added MP Lasek.

– It’s an illusion, like a million cars [elektrycznych – red.]which the PiS government is selling for a lot of money. This is a megalomaniacal investment, completely unnecessary, looking at what is happening on the aviation market. It is a monument to the ineffectiveness of the PiS government and the report of the Supreme Audit Office shows exactly this – said MP Dariusz Joński.

– In the original studies, the port was called the Central Airport, these were studies carried out by the Government Center for Strategic Studies and showed that Poland should have such a facility and that it should be ahead of Germany in this regard. And when the Germans started to build such a facility, there was a chance that we could do it even faster. These studies were carried out during the AWS government, but then were continued and commissioned by another government – reminded PiS MP Włodzimierz Tomaszewski. – A lot of this research was created, but it was not translated into institutional concretization – added.

– And now, when it was legally enforced, then an institution called the CPK was established, we have a large-scale extension of the railway component, this is already happening, the state probably wants to return this investment to the level when studies were still commissioned, but nothing concrete has not happened – said MP Tomaszewski.

– I must admit that despite the fact that I am a parliamentarian with 6 years of experience, I am shocked by the level of ignorance presented by the opposition MPs at the meeting of the Infrastructure Committee on the CPK. They claim that the NIK report is “shocking” – wrote Deputy Minister Marcin Horała on Twitter.

Mikołaj Wild, president of the STH company and former government plenipotentiary for STH, underlines on Twitter that “the most common wording was: no irregularities found”.

Also Dominik Sipiński, an aviation market analyst at ch-aviation and “Polityka Insight”, is not surprised by the conclusions of the NIK audit. – The report of the Supreme Audit Office on the CPK can be summed up: “a good idea, good assumptions, poor implementation” and in fact it is no surprise. The audit confirmed the commonly known facts about delays in adopting relevant programs and laws, as well as the lack of detailed assumptions, including operational and financial ones – he comments in an interview with money.pl.

– The report confirms that the CPK is currently operating, in the aviation aspect, a bit for the action itself, based on quite vague assumptions and thus with an effect that is difficult to determine. But the key thing is that the Supreme Audit Office points out that so far the lack of documents and delays are not a big problem, because the project is only just starting. However, undoubtedly, such analyzes and updates should be carried out as soon as possible, before the expenses start to reach really large amounts. A pandemic is a challenge, but also an opportunity to think over the project wisely, as long as STH has the political courage to admit that the opening in 2027 is unrealistic and even unnecessary – adds Sipiński.

The variety offered by video games never ceases to amaze him. He loves OutRun's drifting as well as the contemplative walks of Dear Esther. Immersing himself in other worlds is an incomparable feeling for him: he understood it by playing for the first time in Shenmue.
Previous Nord Stream 2. The dispute in the US Congress over sanctions. New documents
Next Nobody expects this name. Engel will select a candidate to replace Sousa with the Polish National Team 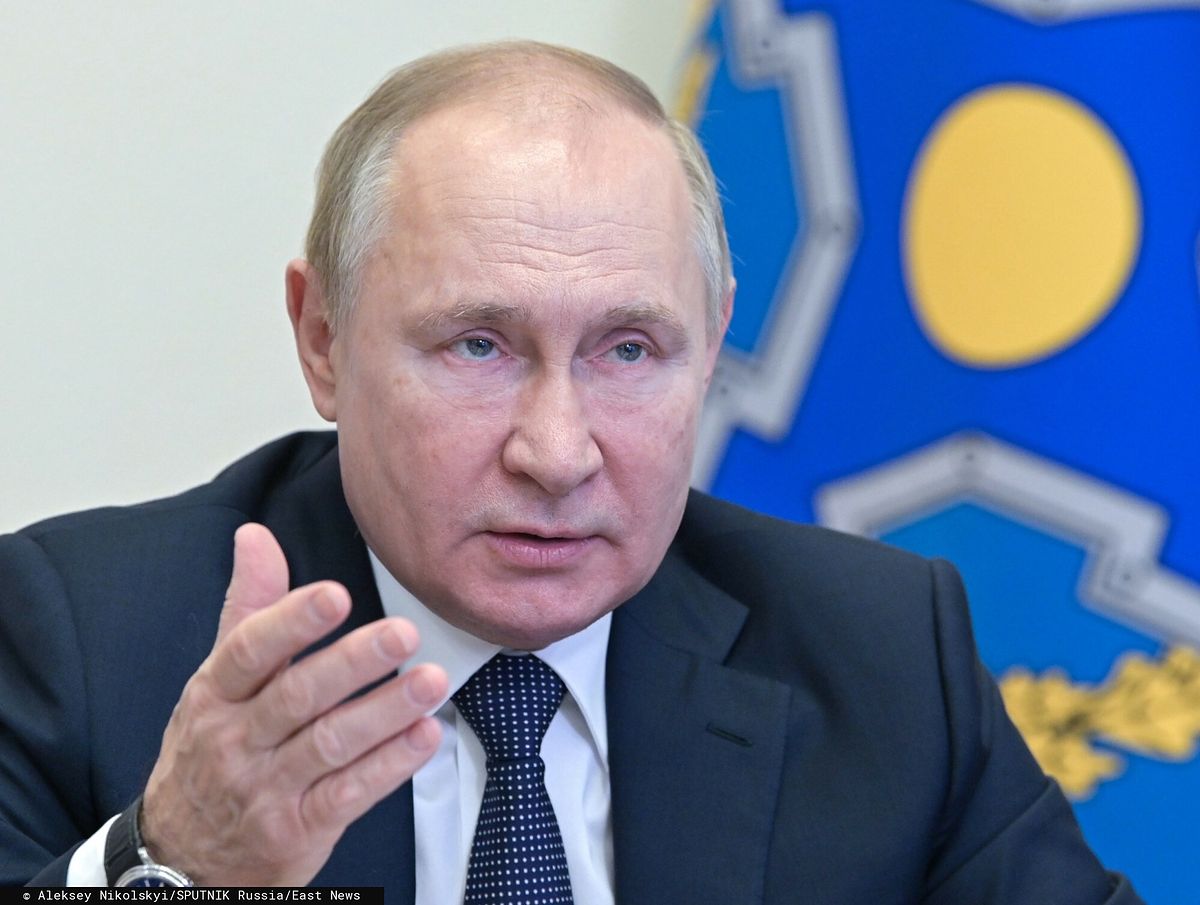